A deep personal relationship with the work of Cecil Beaton, inspired a new career for Sotheby’s Director Joanna Ling. 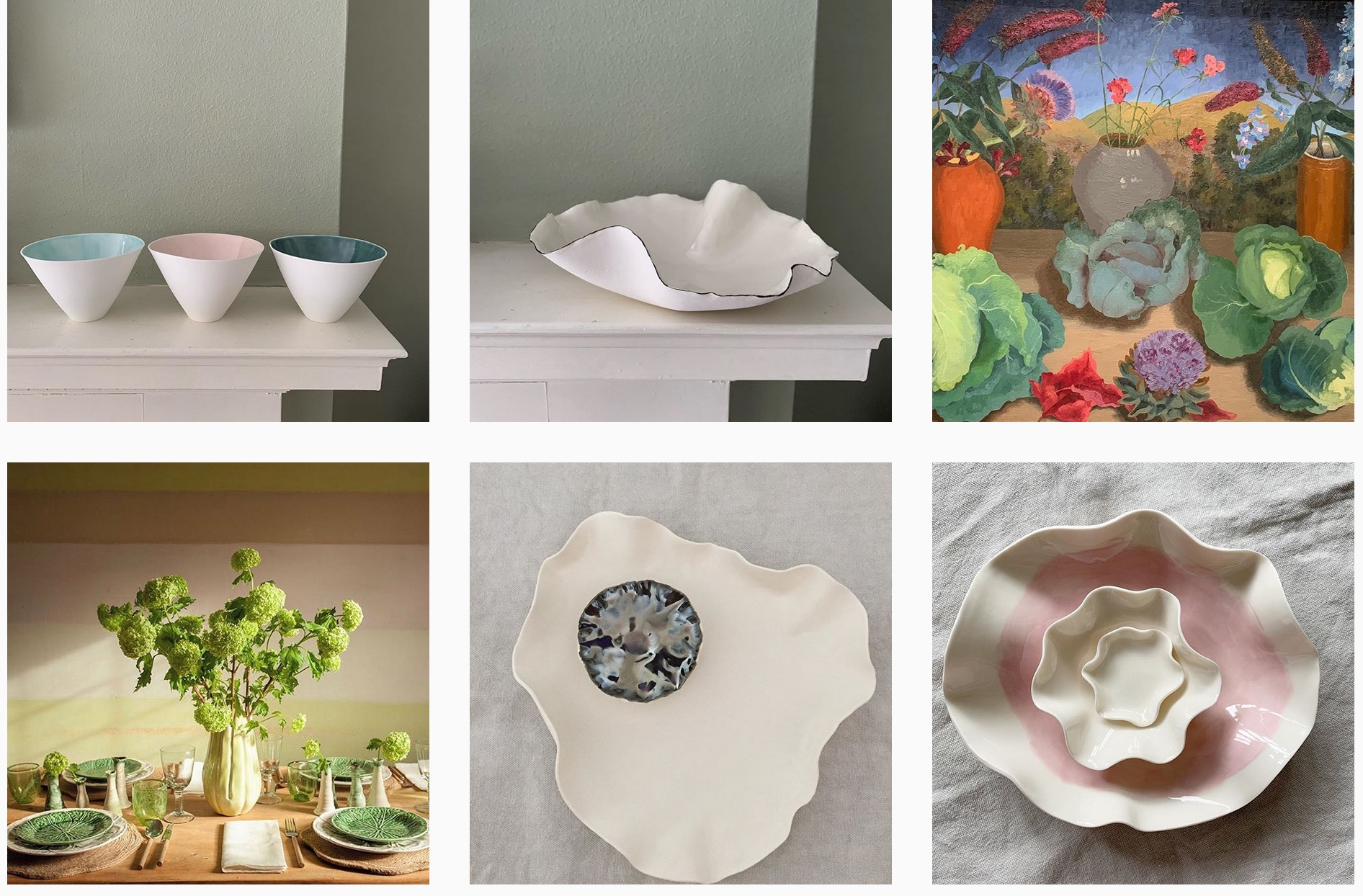 Sometimes courage is forced upon you. You can get very cosy in a setup and then something pushes you out of it, and you think ‘oh my god, why haven’t I done this before?’

Joanna Ling is a London based ceramicist. She ran the Cecil Beaton archive at Sotheby’s for almost 25 years and it was a love of his work that helped her transform her personal work into a full time career.

In 2018, she left Sotheby’s and after 30 years in the corporate world relaunched herself as a ceramicist. She now works with a variety of private clients, interior designers and retail outlets such as Birdie Fortescue and Edition 94  and of course, the National Portrait Gallery

HOW DOES YOUR CURRENT PRACTICE DIFFER FROM YOUR TIME AT SOTHEBY’S?

I design and make ceramics from my garden studio.  It’s totally different from my previous career. I don’t have to commute to an office and I’m my own boss rather than being in the corporate world.

I ran the Cecil Beaton archive for nearly 25 years and that was my real link with photography. It’s a very special archive, it was a privilege to run and I was always aware of how lucky we were to have it.

A major part of my role was to curate exhibitions, which I loved as it meant bringing the photographer’s work to whole new audiences. I also worked on several major books and a film about Cecil Beaton’s photography which were not only a great insight into his work but also his personal life.

HOW DID YOU TURN YOUR CERAMICS PROJECT INTO YOUR PRIMARY WORK ?

A few years before I left Sotheby’s I had started going to a ceramics evening class and was immediately hooked. I thought this is what I want to do, but as a hobby not as a job. It was so creative, using your hands, it was so meditative.

And then a few months later I put a piece into the Sotheby’s staff exhibition – rather nervously – and the Chairman bought my bowl and then a very high level Sotheby’s client commissioned me to make lots more things for them. And I thought, oh my god this is really exciting.

Initially I was doing ceramics on the side when I was at Sotheby’s but when I left in 2018 I just decided to set up my own business. 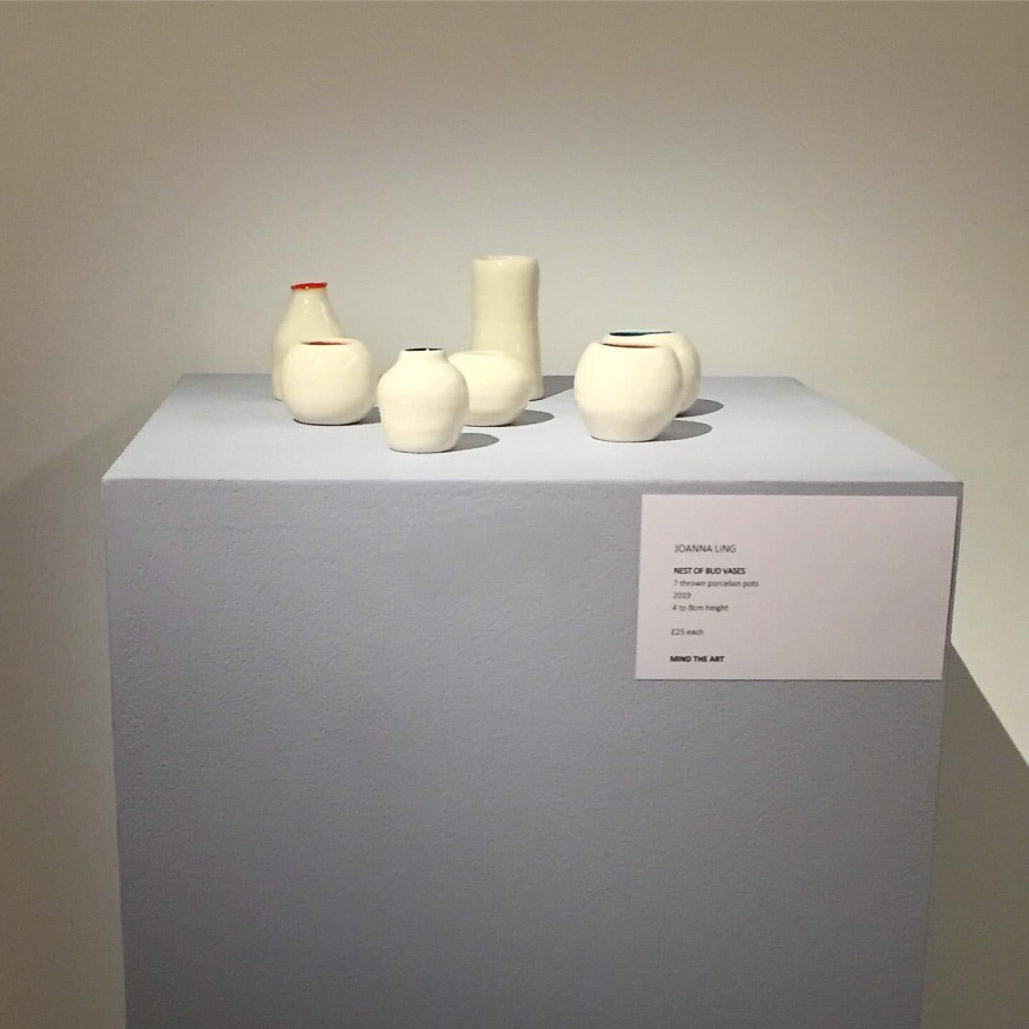 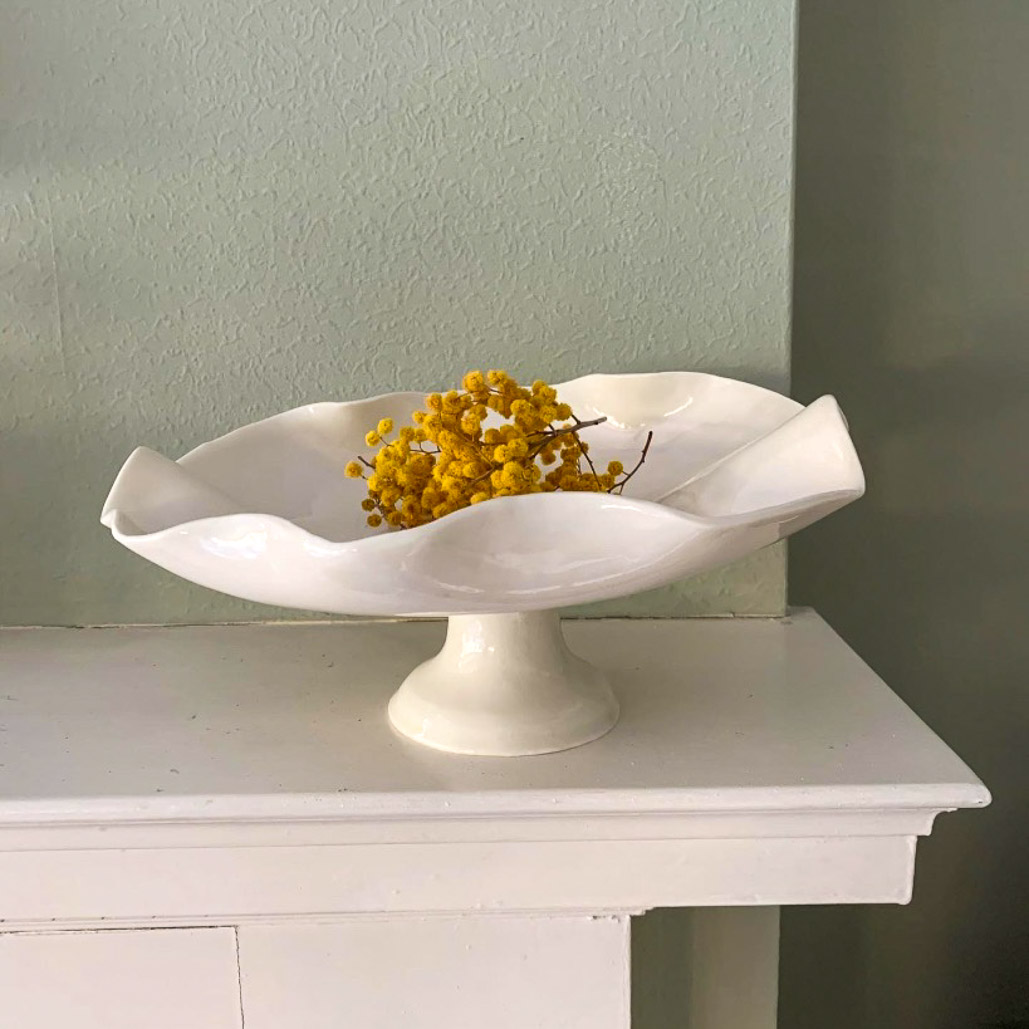 HOW IMPORTANT WAS YOUR PERSONAL WORK WHILE YOU WERE STILL AT SOTHEBY’S?

Having my own personal work made me feel great, I’d spent over 30 years in the corporate world, going to the office, having to commute. To do something where I called the shots and I could do it when I liked, was just my idea of heaven and still is.

When I set up my business I saw it as part of my work as I was still a Sotheby’s consultant but it has been so successful that it now takes up most of my time. I love the flexibility of owning a business –  if I want to have a day off I will and if I want to work to midnight I will. It’s all up to me. 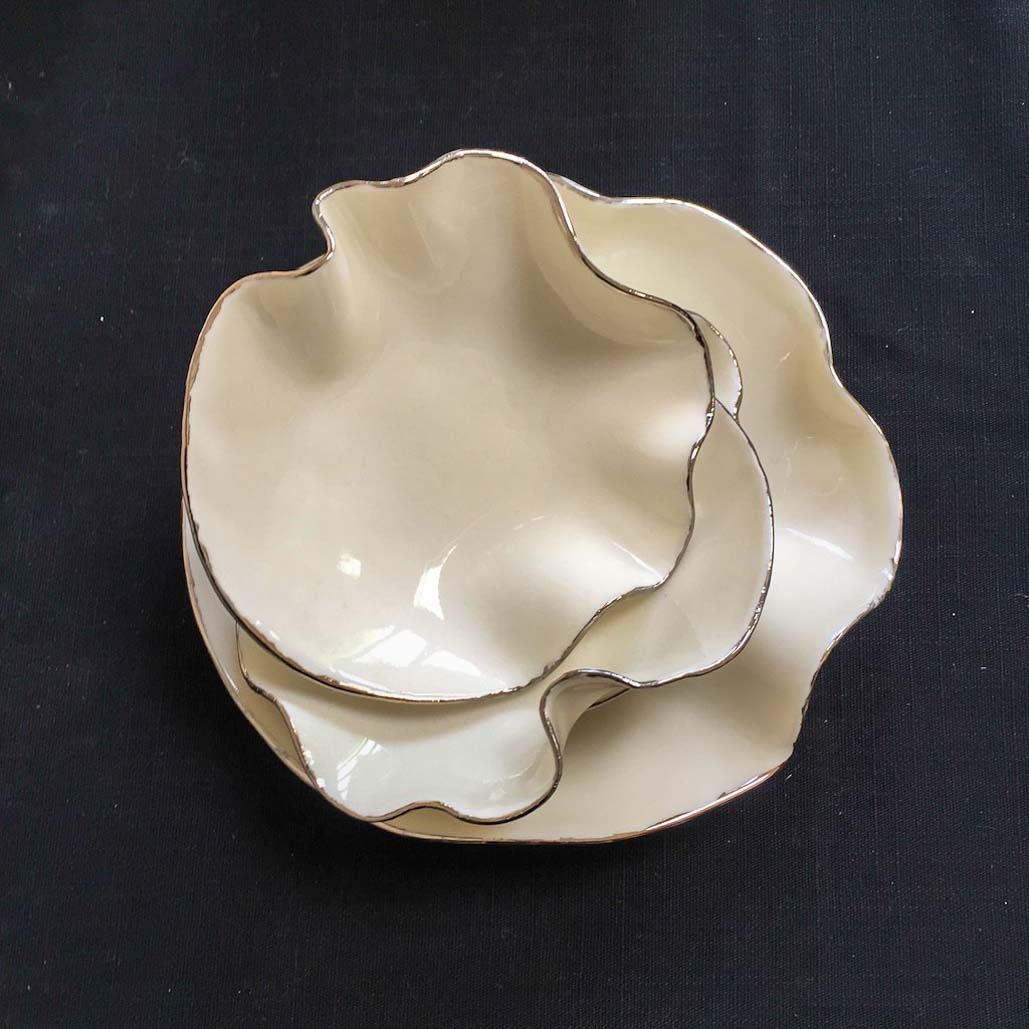 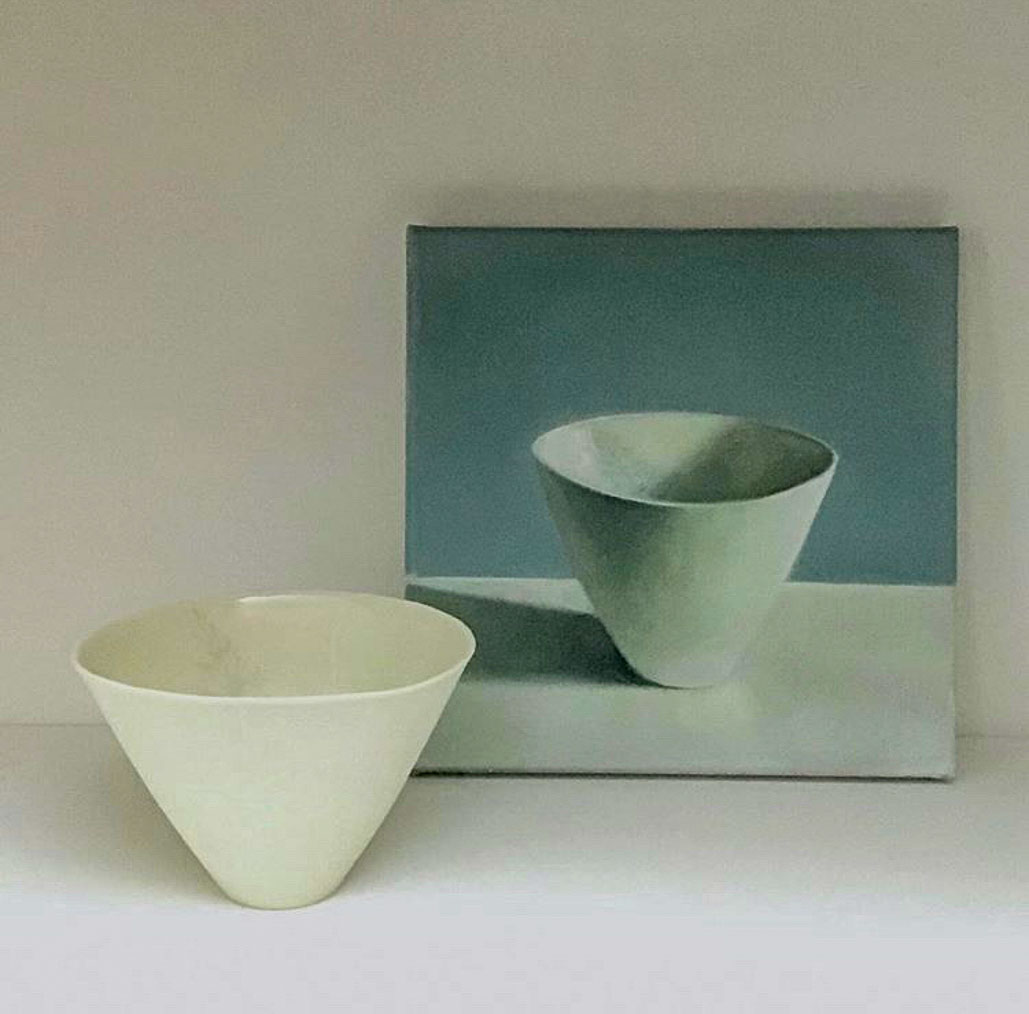 WAS THERE A MOMENT WHEN YOU KNEW THAT YOU WERE READY TO TURN A PERSONAL PROJECT INTO A NEW CAREER?

Before I left Sotheby’s I was involved in planning The Bright Young Things exhibition at the National Portrait Gallery. It’s my favourite period of Cecil Beaton’s photography and I worked very closely with the curator, Robin Muir, and I got quite personally involved.

For a while, I’d had in my mind that I’d like to produce some ceramics based on Beaton’s work, so I went to the buyer at the NPG shop and she really liked the idea and she liked the whole story of it – my relationship with the Archive and my love of ceramics. So she agreed to stock some of my pieces.

So the National Portrait Gallery show was a key moment for me, it combined my two passions for Beaton’s photography and ceramics. It felt like the culmination of all the years I worked on the archive.

HOW DID BEATON’s PHOTOGRAPHY INFLUENCE YOU?

All my pieces for the shop were based on backgrounds of his photographs or costumes that sitters wore – Beaton said of his early works that the backgrounds were more important than the sitters and you can see that in the photos – all those stars, or stripes, and the painted Gainsborough backgrounds. There’s a wonderful photograph of him wearing a leopard print dressing gown that he and his sisters’ nanny made that’s become emblematic for me and inspired part of the collection I made for the NPG.

I think he’s also been a subconscious influence on me because he was so successful but he wasn’t formally trained in most of what he did – he managed to be a writer, an artist, an award winning costume and set designer and a photographer. He was determined to succeed and I think it’s a great lesson that if you really want something and you work really hard, you can get it.

So directly and indirectly he’s been a great influence on what I’m doing now. 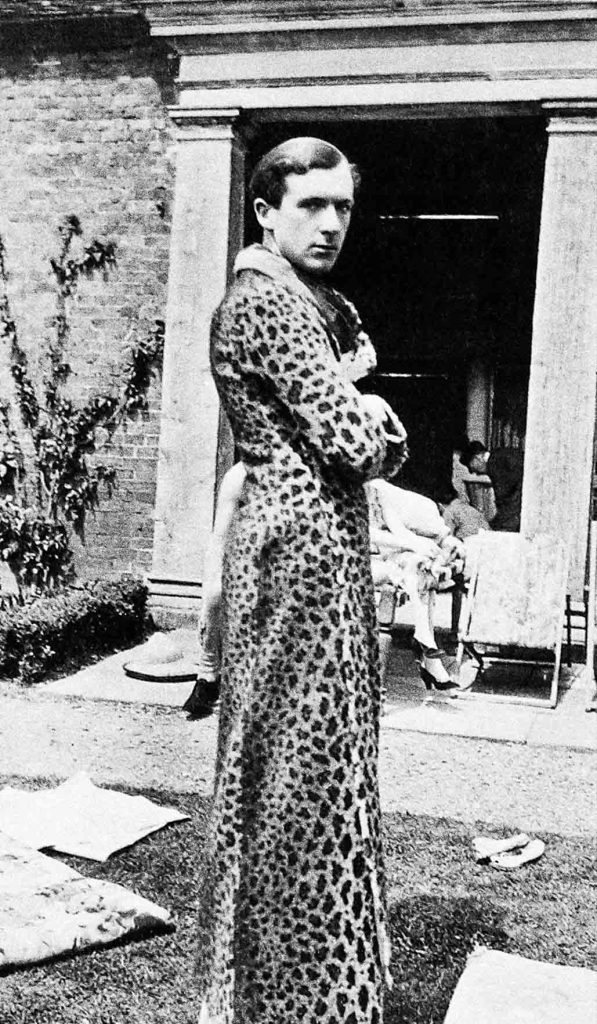 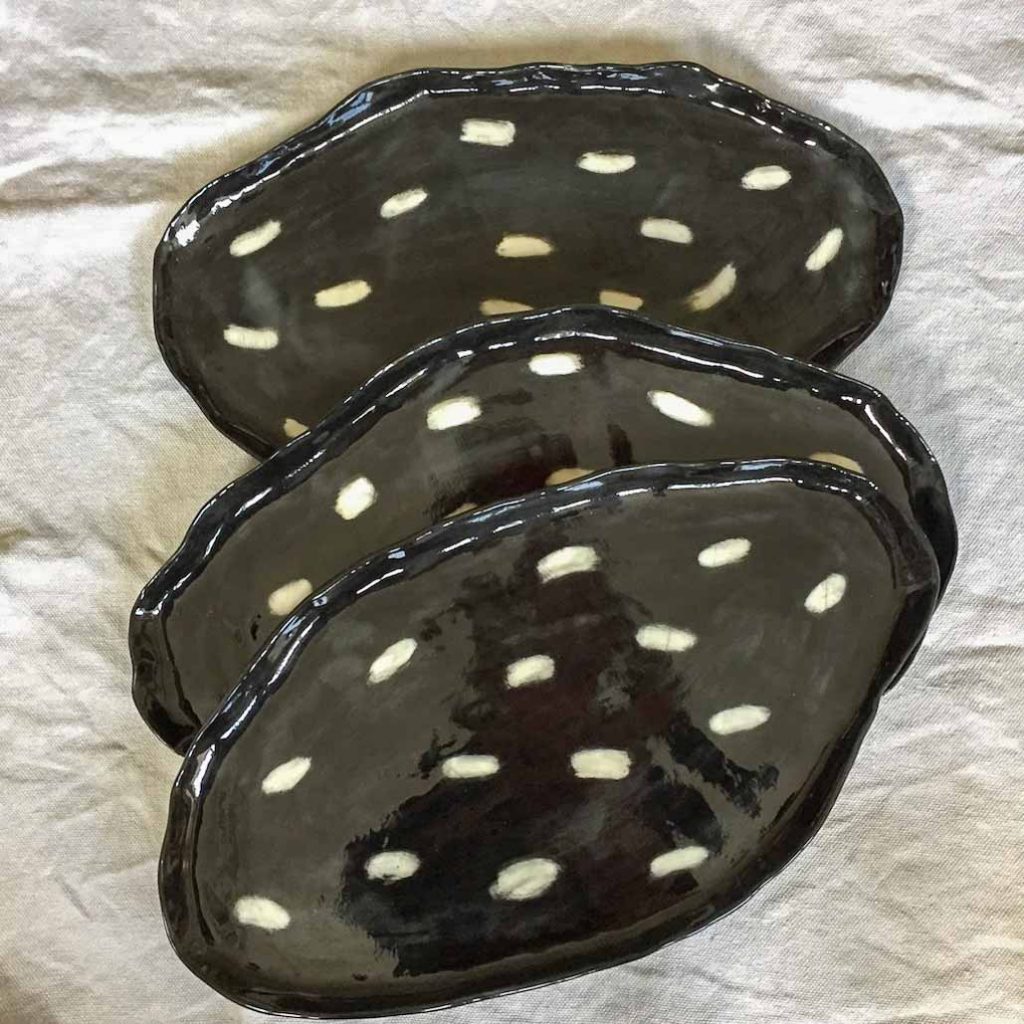 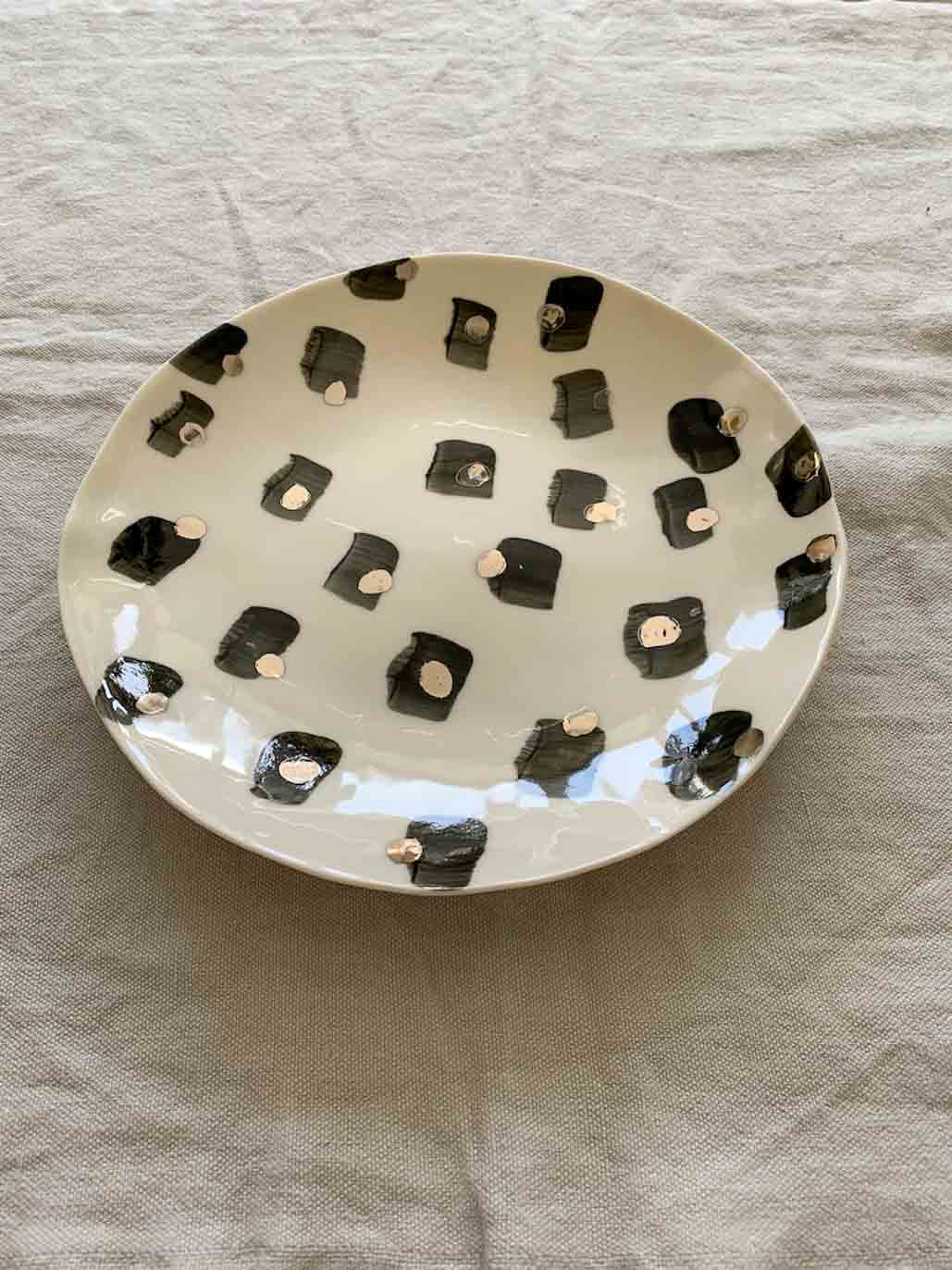