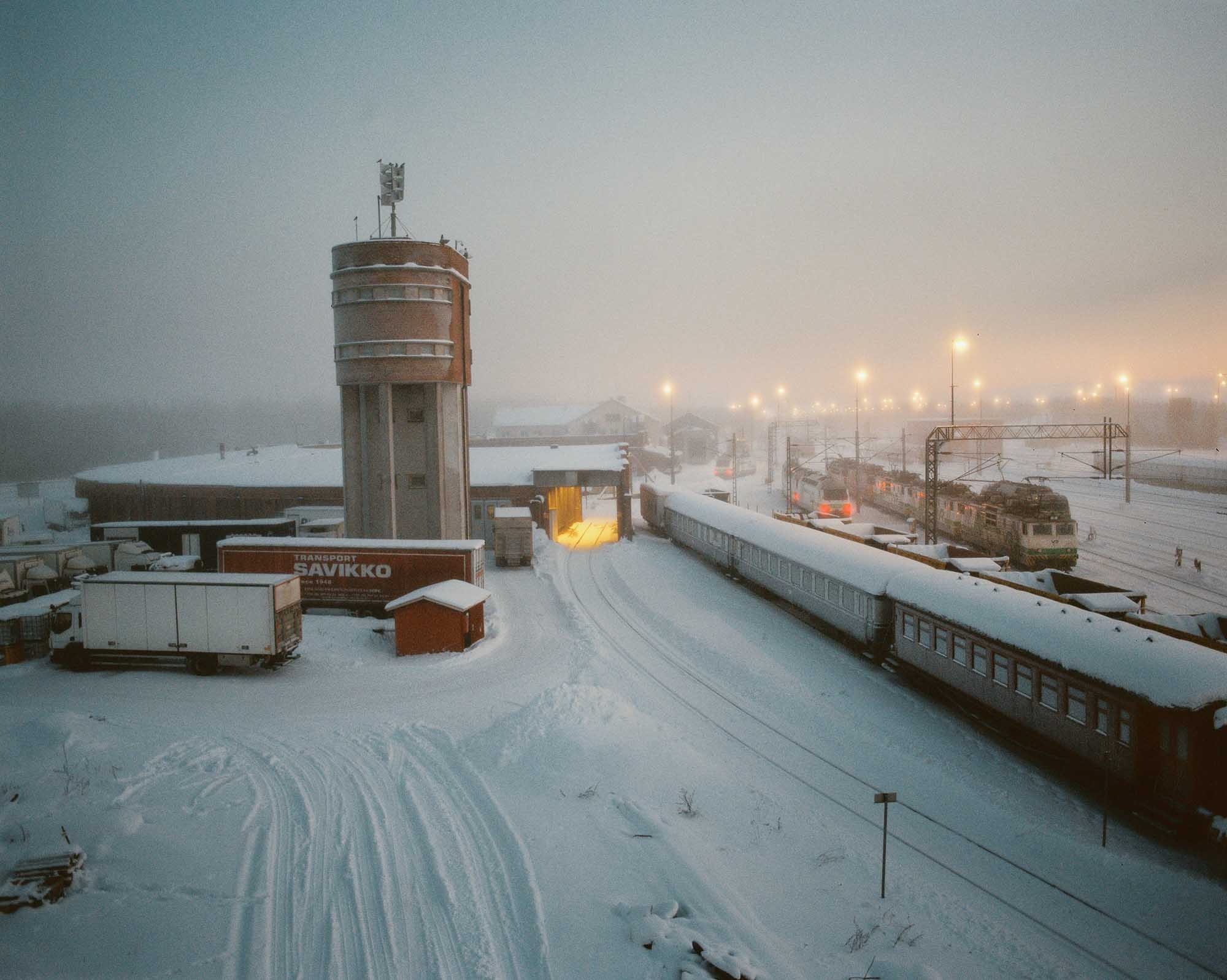 PROJECT We Shall See

I try to take pictures that somehow portray the person’s essence, that brings out something they might not have seen themselves.

Aino Väänänen is a documentary photographer based in Finland. She works extensively with portraiture, often spending extended periods getting to know her subjects and trying to understand who they are.

Her debut project, True Citizens, which told the story of second-generation immigrants in the UK and Finland was widely exhibited in Finland, Russia and the UK. She’s currently working on a long term project, Dandelions, documenting the lives of women at high risk of HIV living in Bucharest.

At the end of 2020 Aino launched a photography magazine called We Shall See, which showcases the work of independent photographers, as well as her own work, Vanishing Point.

We Shall See is available to buy here.

How did your new zine, We Shall See, come about?

Like so many photographers I was stuck at home and not able to continue my projects in other countries. The obvious conclusion was to photograph the surroundings where I was, so I packed my car and my camera gear and just left our island and started driving north.

I didn’t have an exact plan. just kind of had some vague idea of cities that were on my way. I found myself in cities that had a feeling of being emptied because of the pandemic but also being quite desolate already. So I wasn’t sure if the emptiness had already been there before Covid.

As I was driving from town to town and city to city, I realized that I was in a country that was familiar and somehow distant to myself. There was a disconnected feeling because I’d lived in London for many years and I’d just come back to Finland, where I spent my most of my childhood and my youth. But then driving around I realized that it didn’t feel like home and I was like a stranger in my own country.

The journey forced me to face those feelings of disconnect, so although those photos are of landscapes, they also present what I was feeling during my journey.

How did it become a magazine and how did you choose other photographers to feature?

At first, I thought it’s going to be only about that one journey. I’ll see what I find there and just file the pictures away in a folder and that will be that. But then after the trip I continued photographing here on my island and in southern Finland where my parents live. And I accepted that the project didn’t have to be just this journey, it could be an ongoing discovery and I could allow it to become what it will become.

At some point during the original journey I had the idea that I wanted to publish something, and I’d seen a lot people publishing zines. I realised that this would be a great opportunity to offer a platform for other people and instead of just a portfolio for me, why don’t I start a community.

I kind of knew who I wanted to work with. I had been following Jason Little for a while and I’d seen his landscapes from New York: his urban landscapes with little people convey the feeling of the pandemic very well. I was also familiar with Mark Arrigo’s work, and when I came across the still lives that he’s been photographing at home in London, I thought, those will be perfect for We Shall See, to draw inspiration from the familiar. 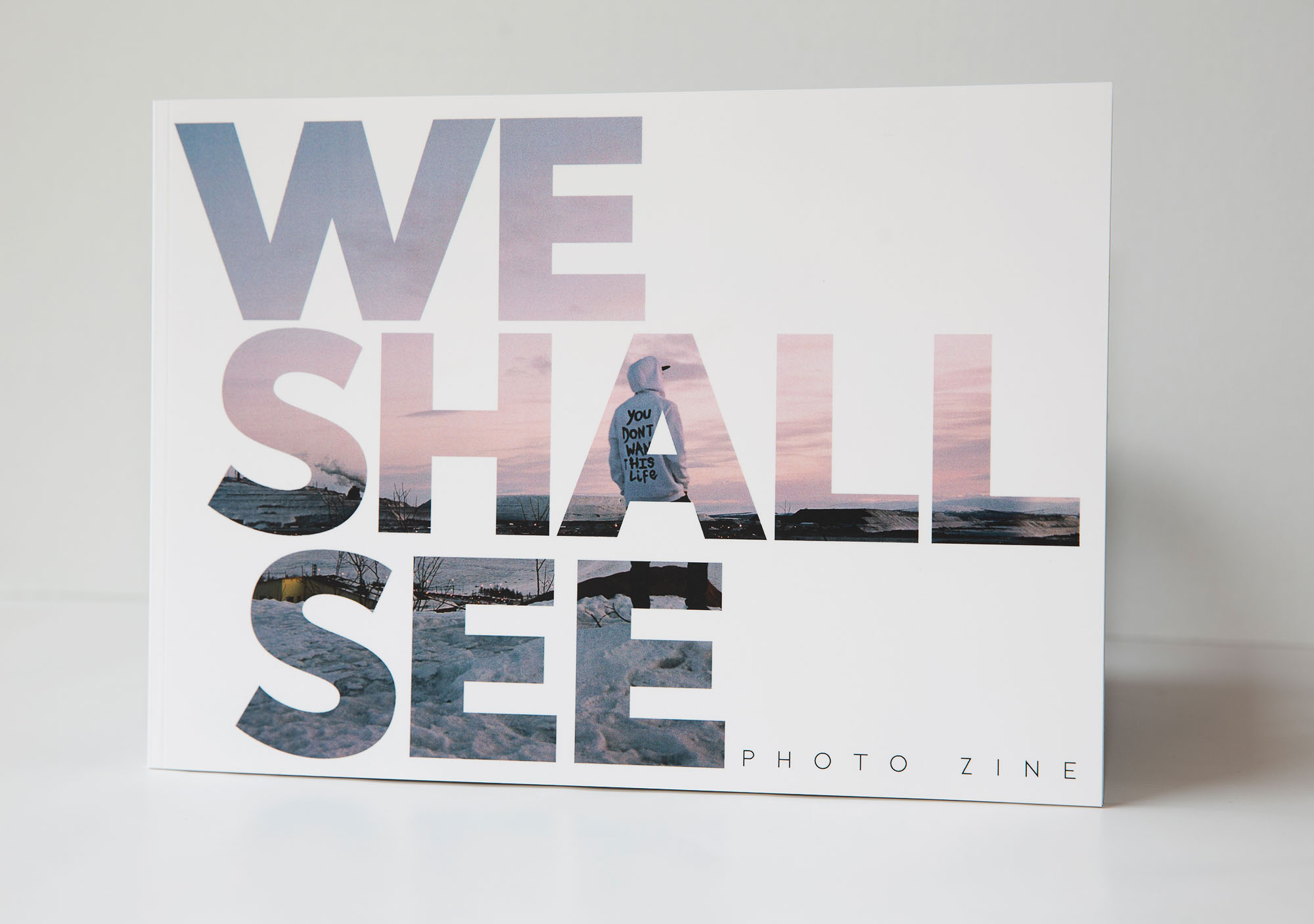 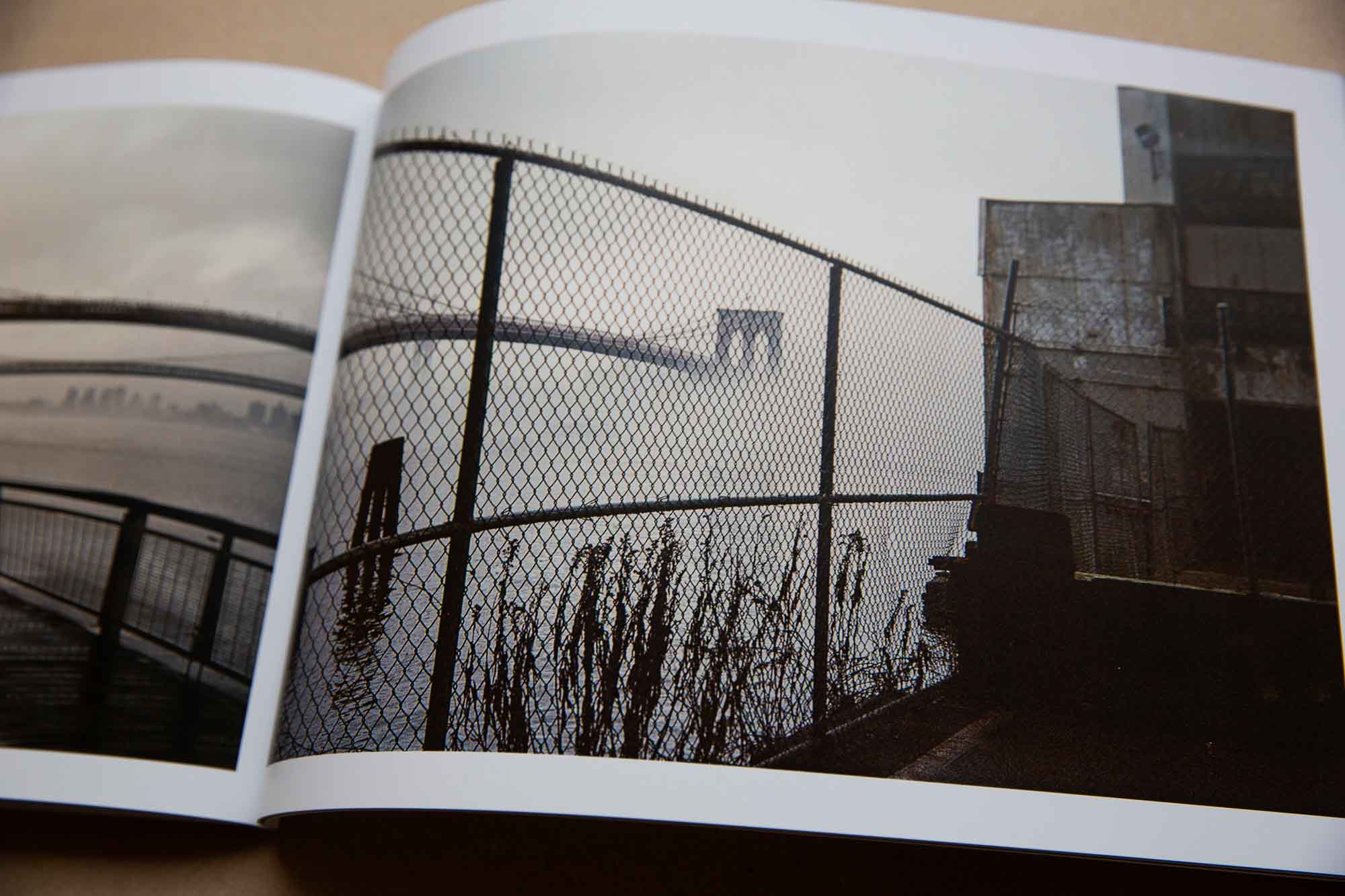 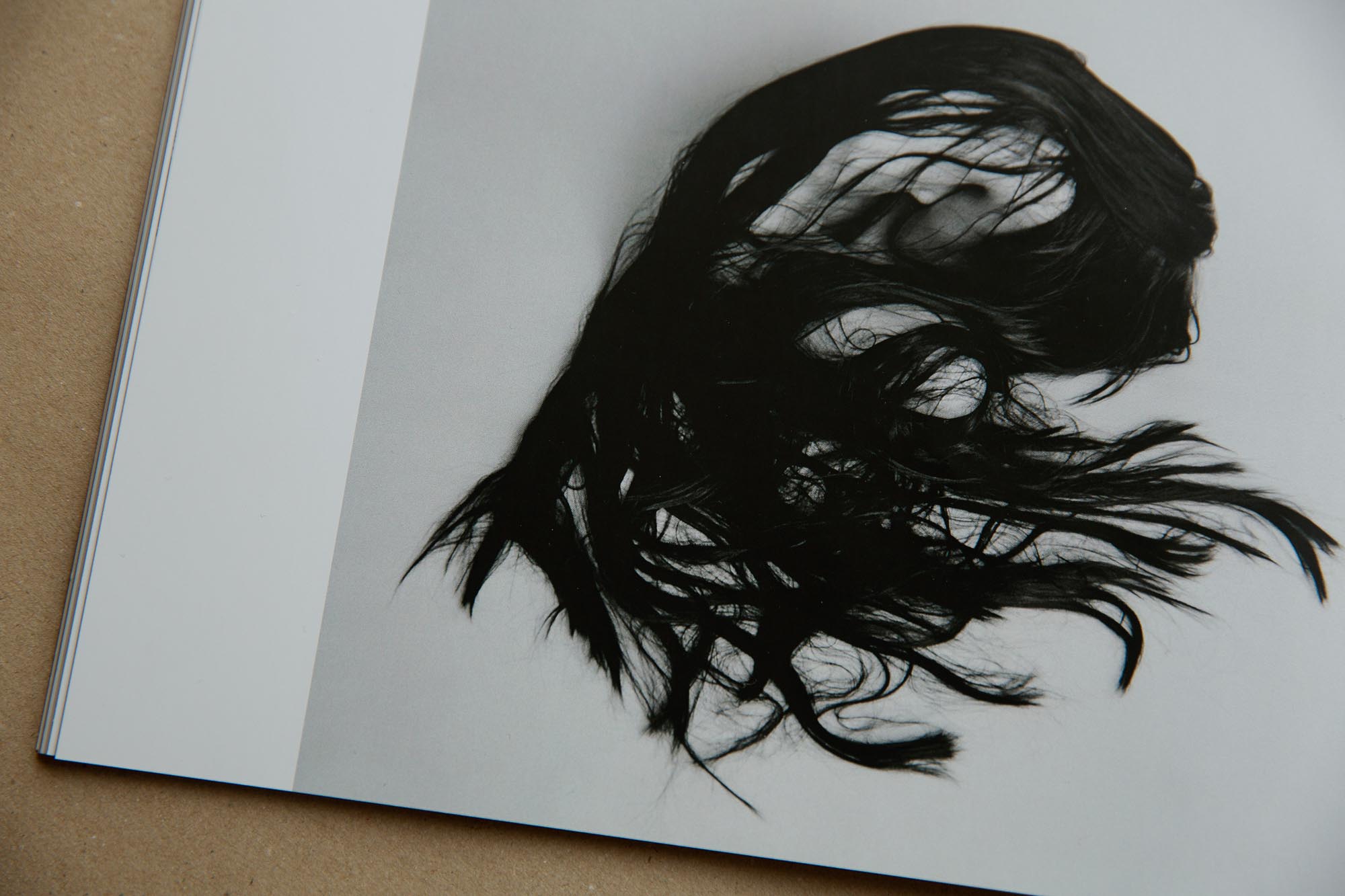 Vanishing Point combines landscapes with self portraits, and you’ve often used a landscape/portrait diptych before but always of other people. How did it feel to turn the lens on yourself?

It was really hard, and it wasn’t a natural thing to do because I’d not done self-portraits before. But I was on a journey by myself, it was a solitary experience, plus there I didn’t meet many other people because of the lockdown. So I had to turn the camera towards myself and take photos.

How important is if for you to make time for personal photography projects? Do you work on several projects at once?

It’s very important. It’s great that you can do something where you can follow your heart, and there is no one else telling you what they want. You don’t have to make any accommodation for someone else’s style. And it’s a great way to get material for publications and to remind yourself what it is that moves you and what motivates you and what you’re interested in.

I usually have a few projects on the go and they tend to last for quite a long time. I’ve got a project in Romania that’s been going on for a few years, and I have another one in Russia that’s also been on the go for a while. And now I’ve got this one, Vanishing Point in Finland.

Honestly, I do wish I could finish at least one of them quite soon because as much as I love working on them, I want to finish something. I’m planning my to do my final trip to Romania this year and start the process of making Dandelions into a photobook, hoping to publish it next year. 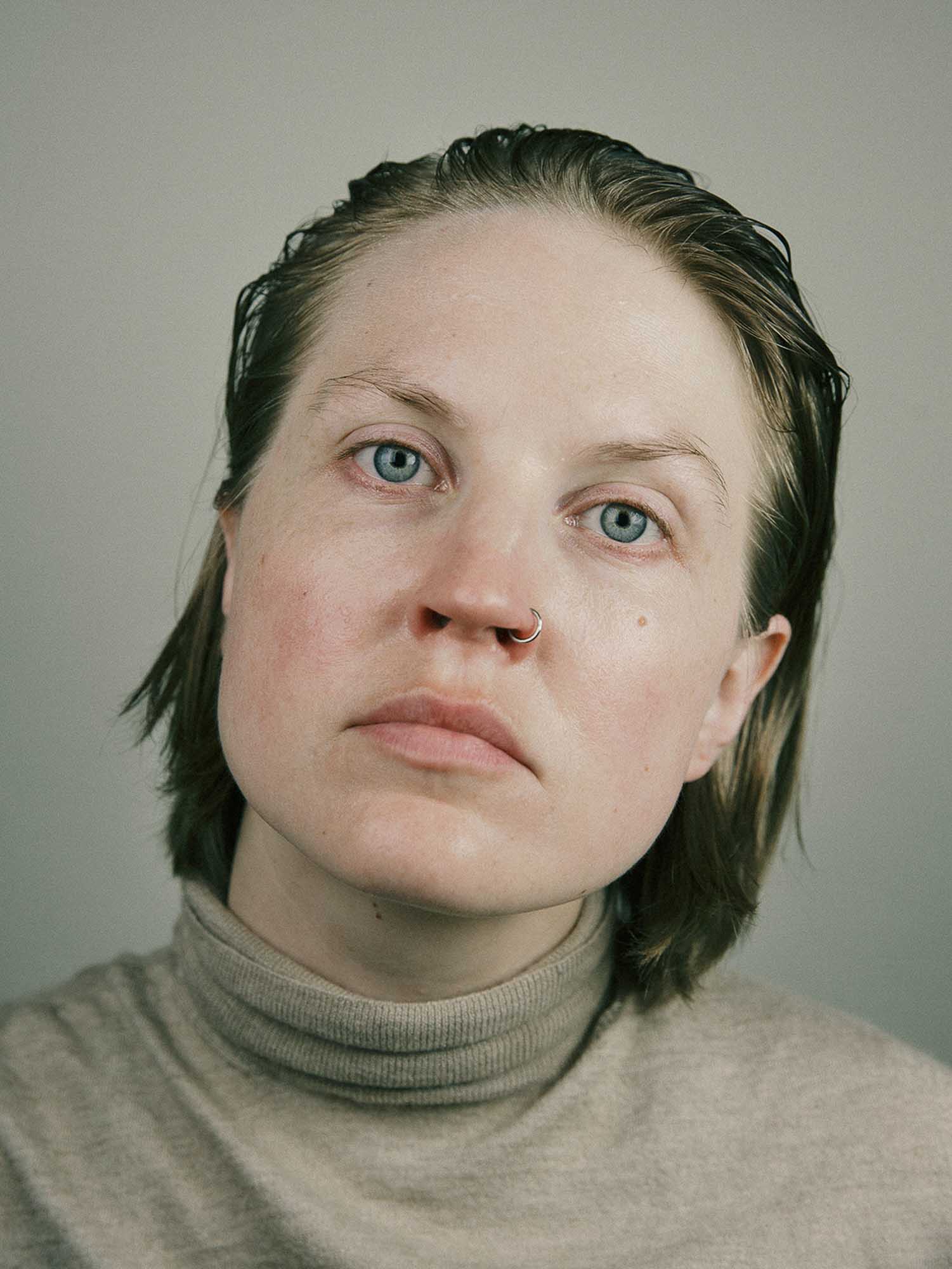 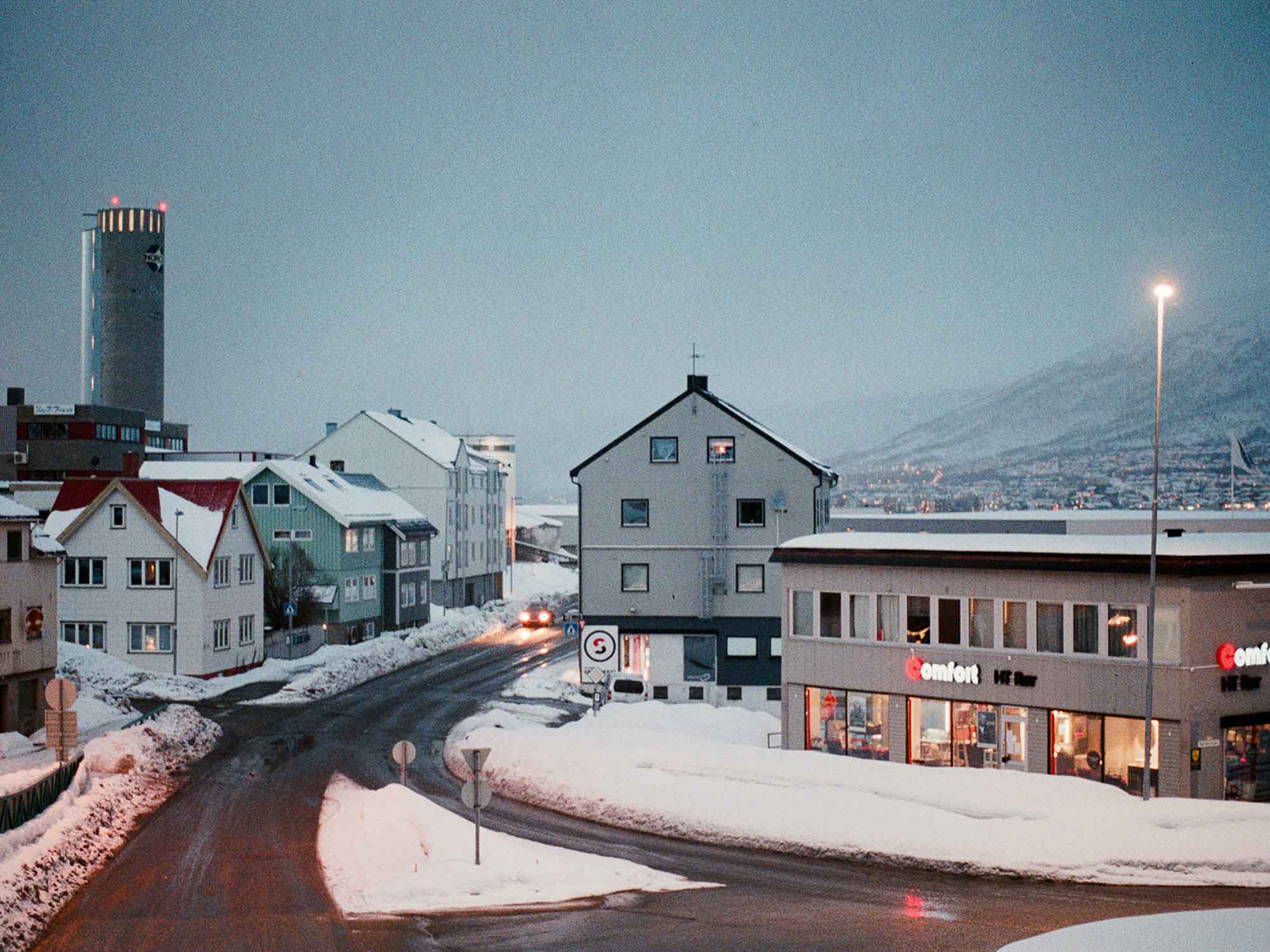 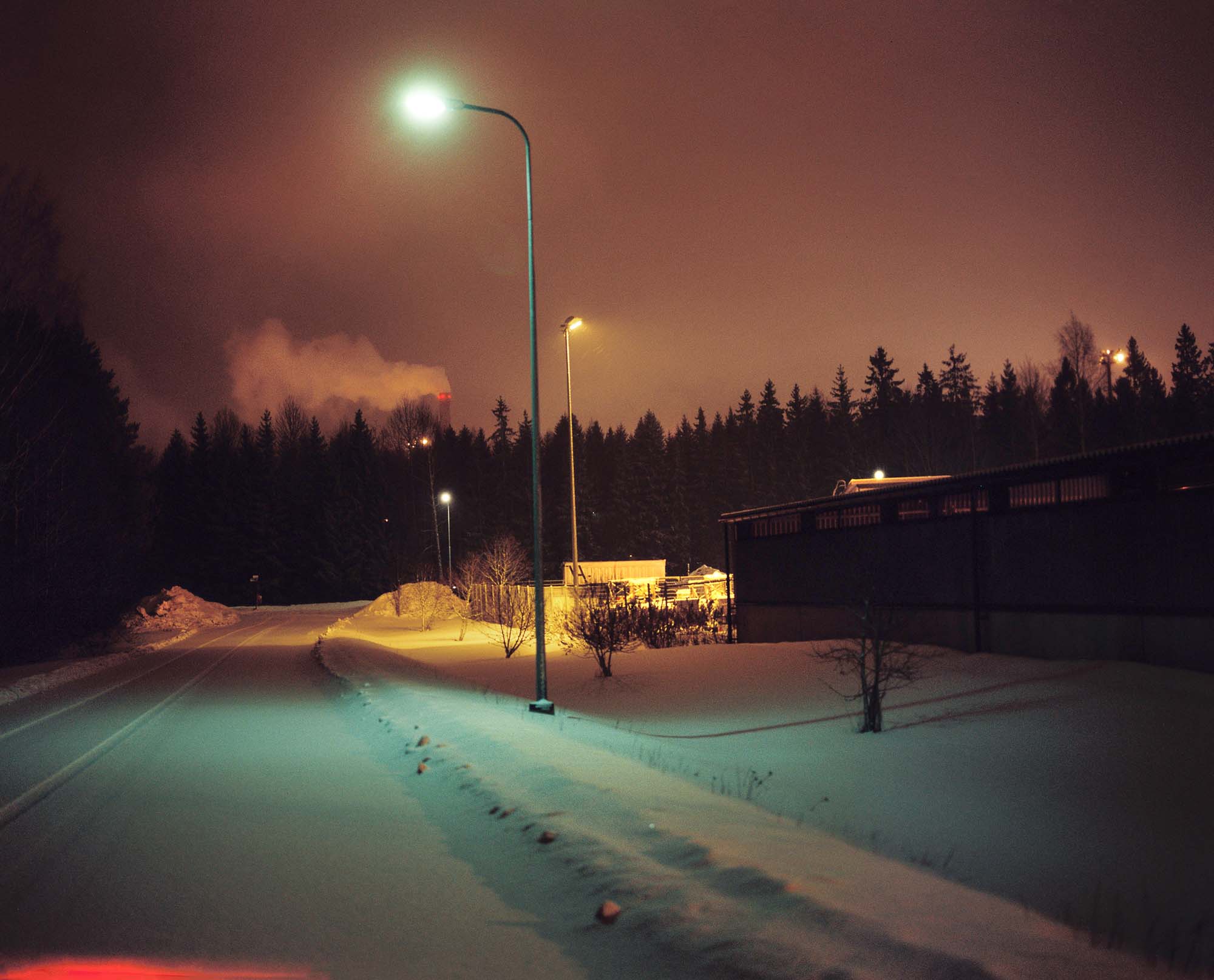 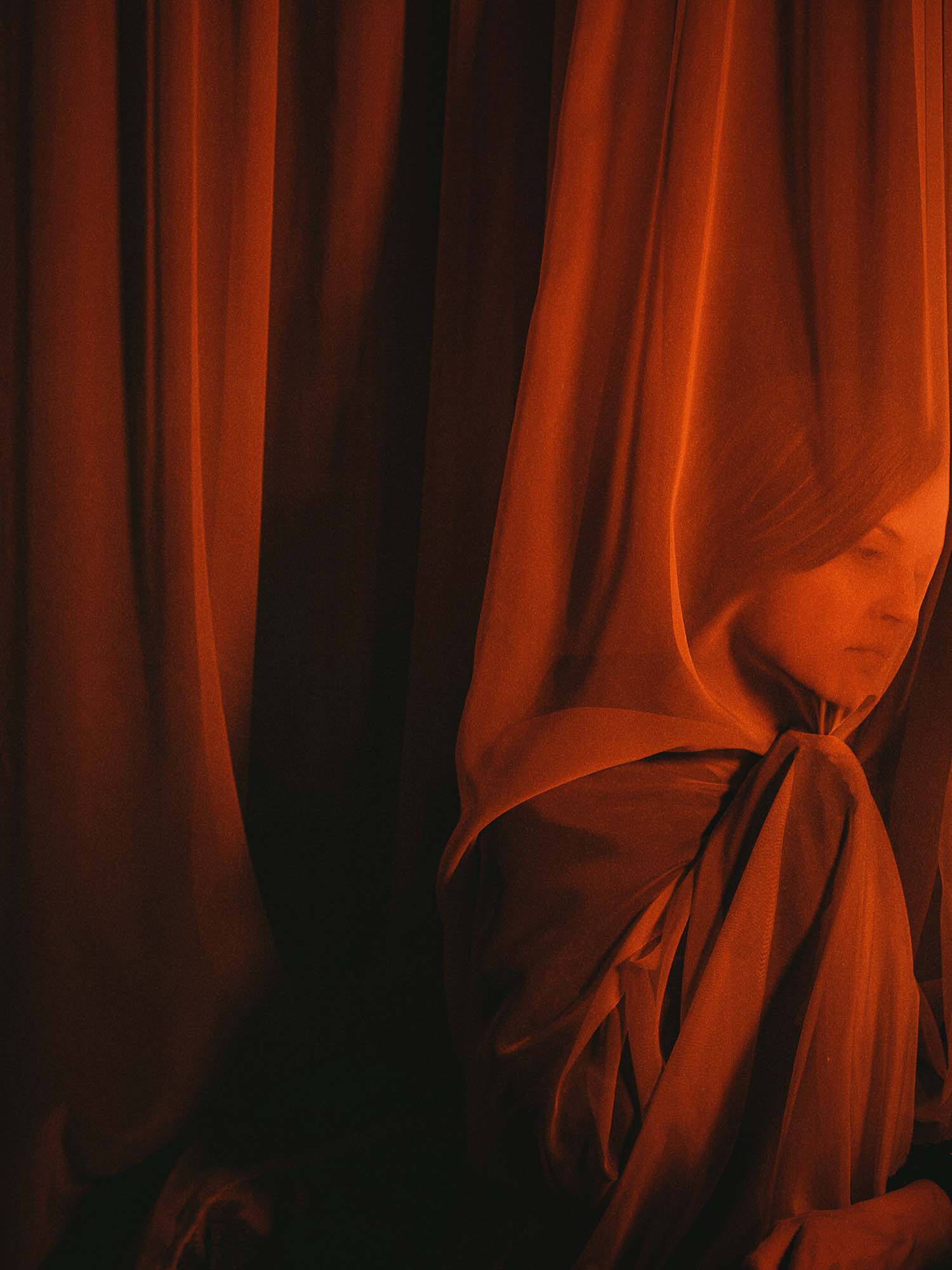 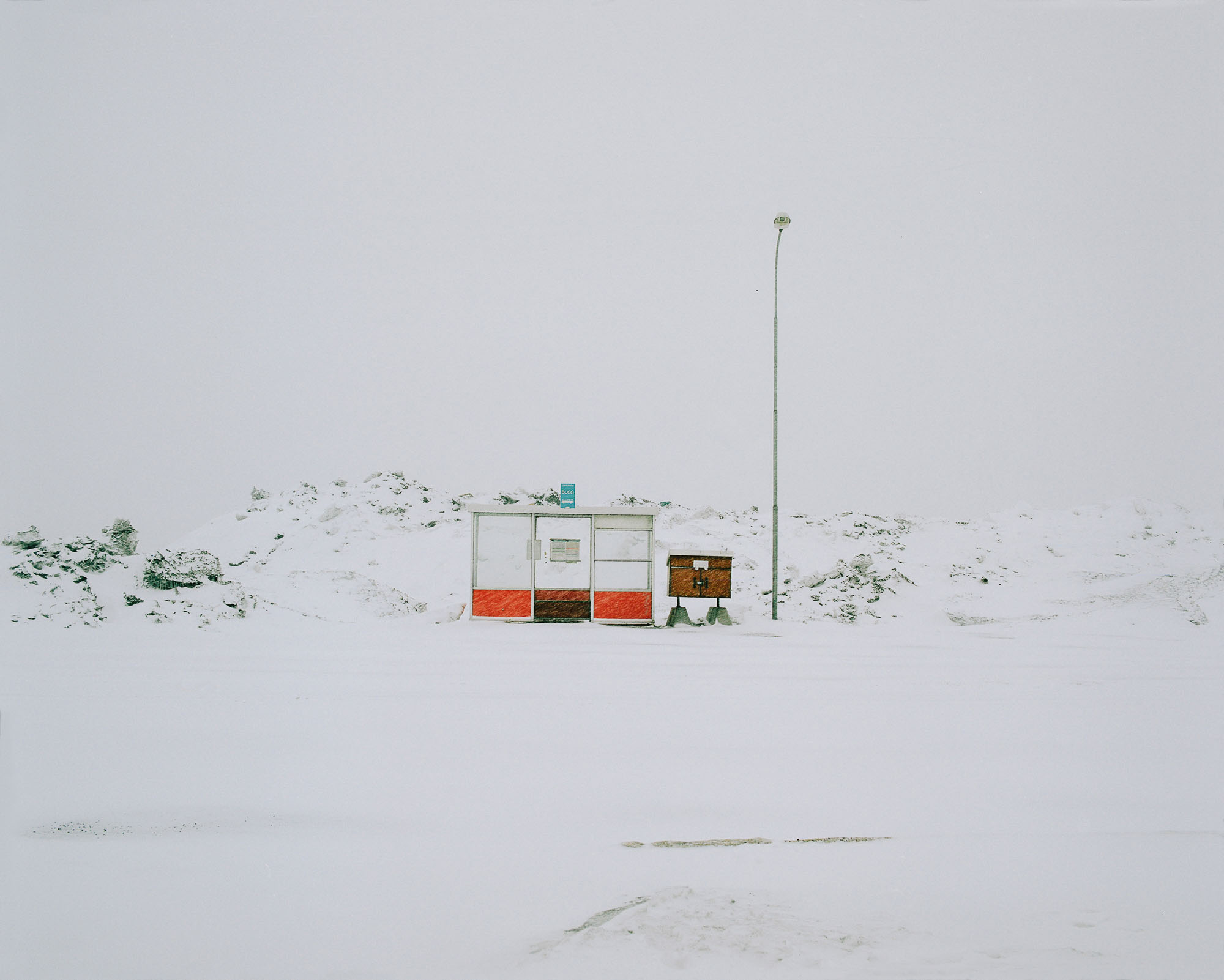 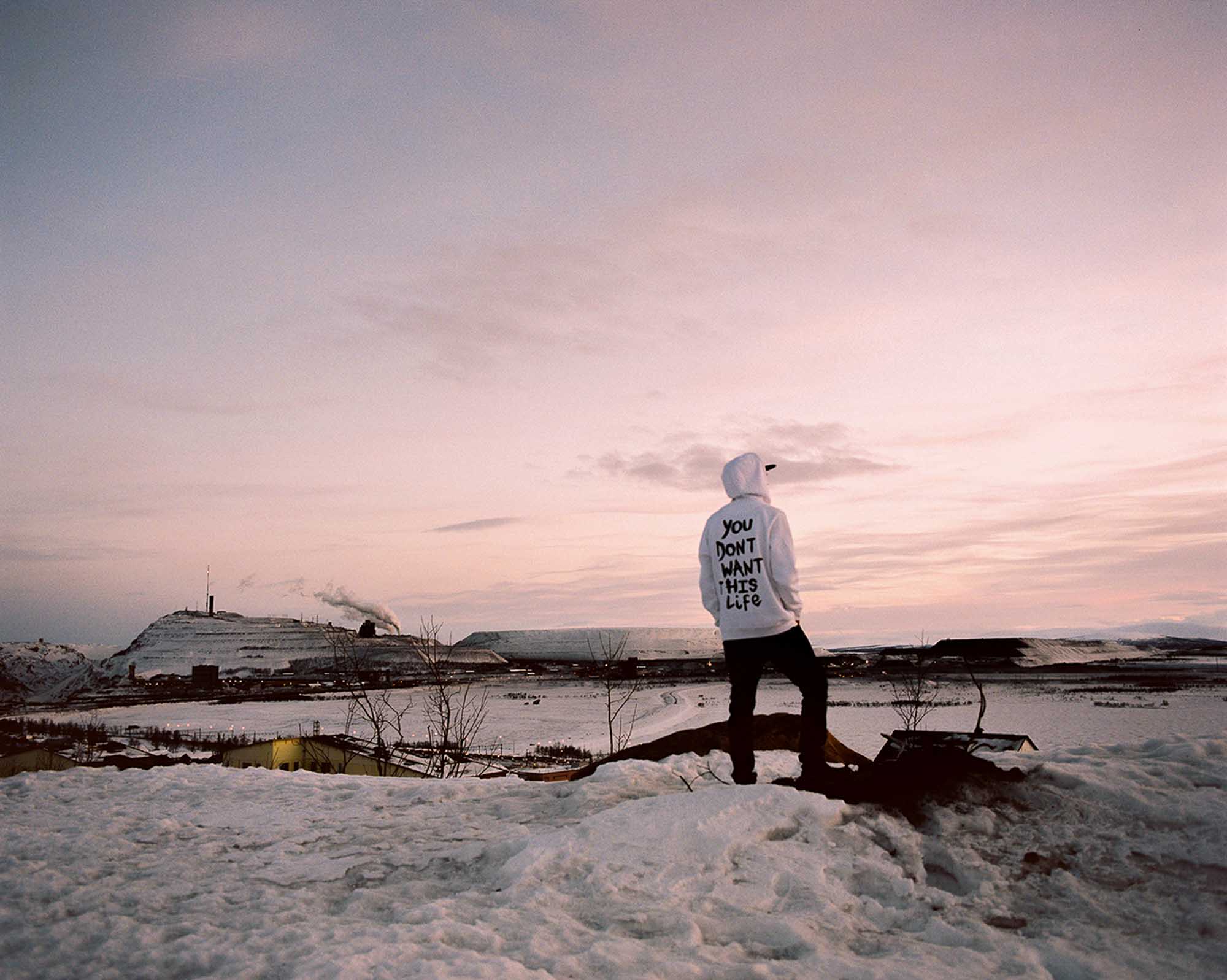 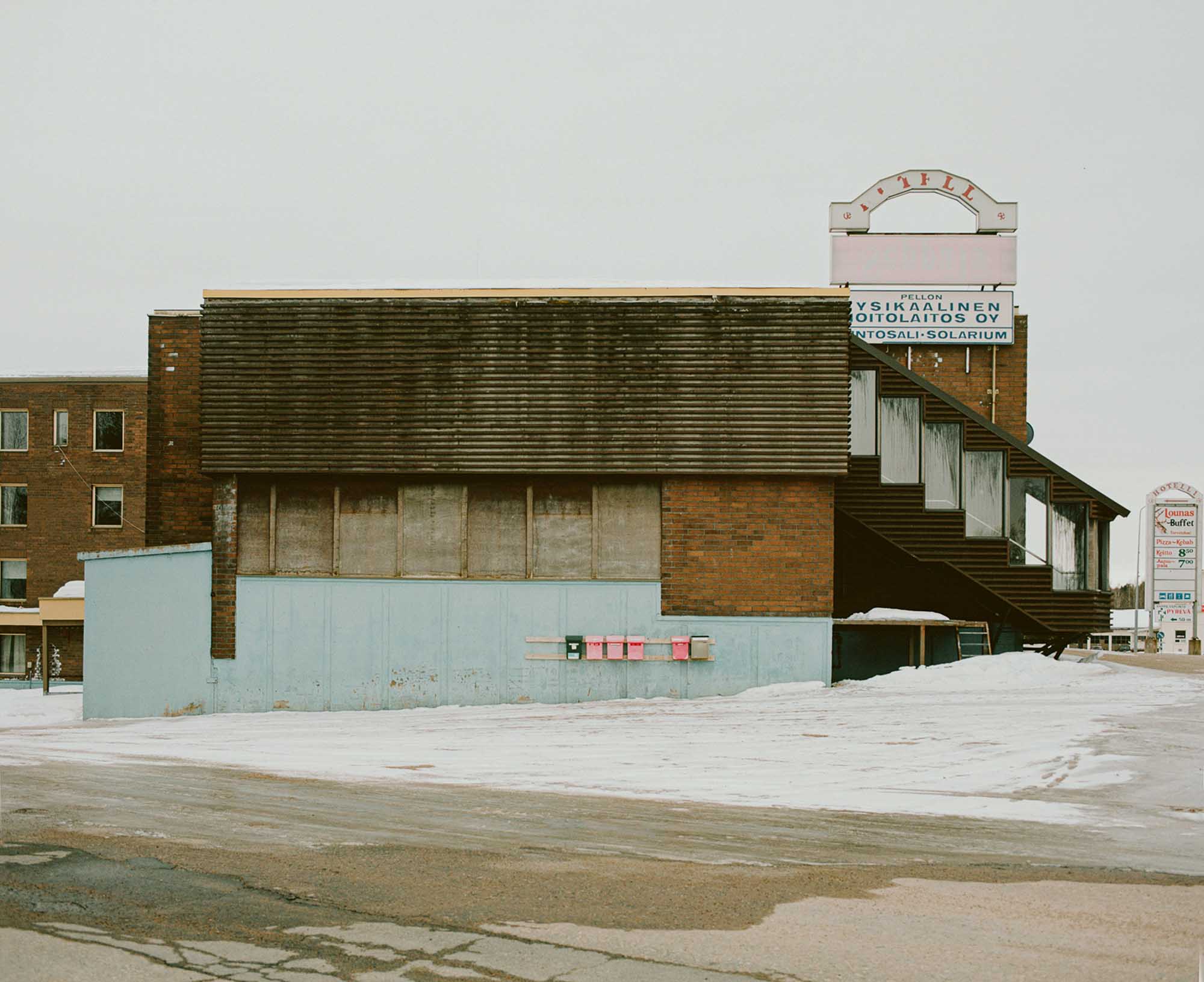 How has We Shall See been selling, and are you planning another issue?

The first issue is almost sold out – I made an edition of 100 copies and I’ve sold it locally and an online through my websites. it’s been selling from the United States to Canada and from Poland to Romania.

I’m planning the second issue and I already have a couple of photographers in mind that I’d like to feature and also the topic: I want it to be linked to the idea of a community or communities. This time, I’m going to work with a graphic designer and luckily I was given a grant from the Finnish arts foundation, so that’s earmarked for the next issue of We Shall See. 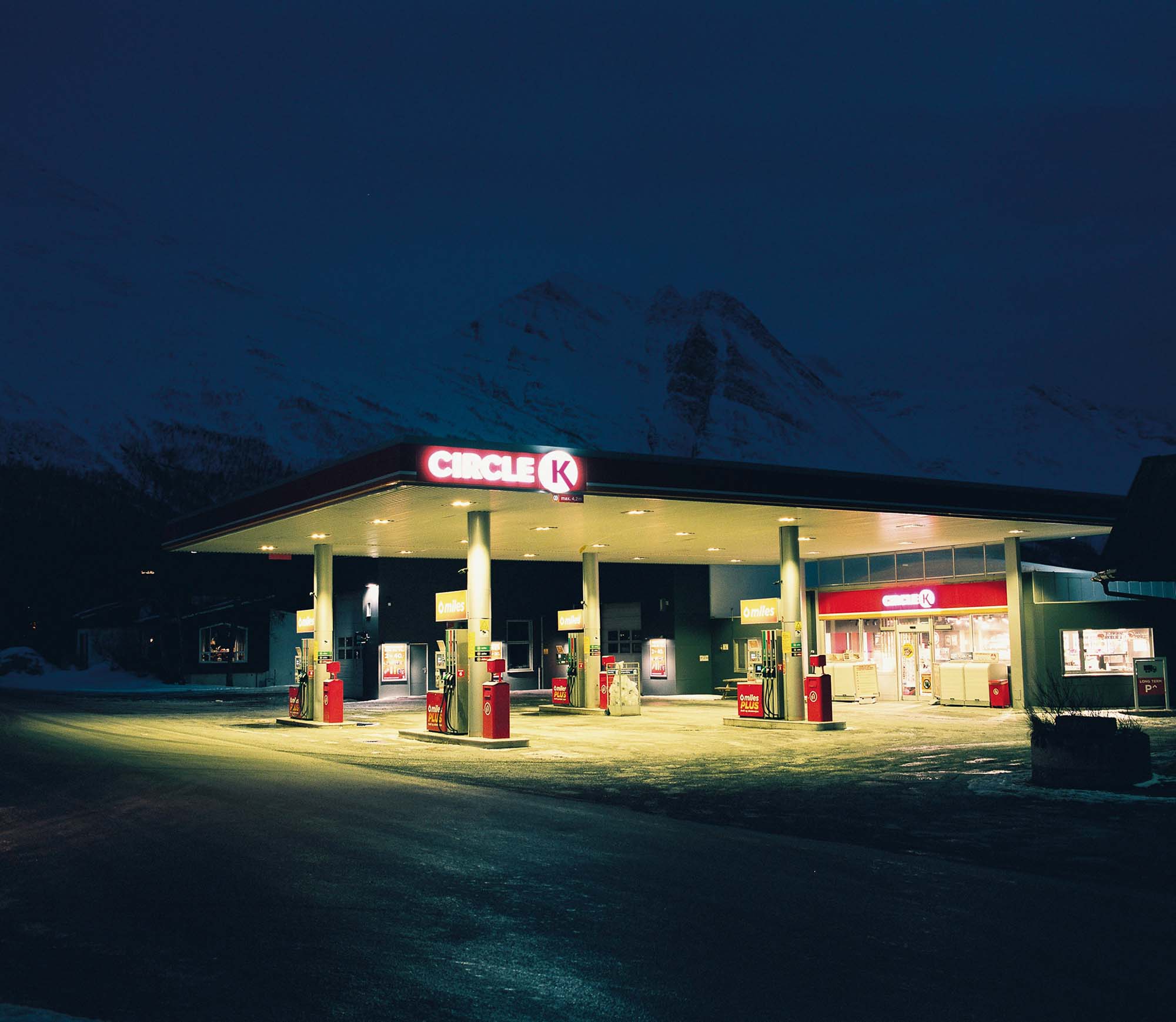 Which other photographers are inspiring you at the moment, who’s work is catching your attention?

I’ve been recently really getting into the work of Finnish photographer Esko Männikkö, who travelled around the countryside and towns in north and east Finland in the 80s and early 90s. His main body of work The Female Pike telling the stories of the people of the forgotten rural areas of Northern Finland is an inspiration. Männikkö portrays the mundane in a way that for me is quite familiar yet moving.

I also love series Les Gorgan by French photographer Mathieu Pernot, who followed the life of a Roma family living in Southern France for over two decades visiting them regularly. The body of work consists of different types of portraits, from more setup to more candid shots. It’s overall a beautiful portrayal of a family with some sense of humour. 20 years on a project – that’s the sort of dedication I admire.

I recently shared a seminar with a Turkish documentary photographer, Cansu Yıldıran, whose use of light and texture have a dream-like quality. Their portraits of the LGBT+ community in Istanbul are bold, artistic and powerful.

Galleries and exhibitions have been closed during lockdown, so where are you looking online for inspiration?

I’ve been getting more and more into photo books recently. A couple of places spring to mind when I’m in the search for new inspirational work: