“Personal work ruptures the barriers that prevent me from expressing myself.”

TV Drama Director (EastEnders, Wolf Blood, both BBC) , John Dower is a busy man, even during the current coronavirus pandemic: on the day I spoke to him about his personal work he was on the way back from giving blood and about to head off to volunteer at a food bank. He’s also working on a feature film project, promoting his latest film – his first documentary – and some of his previous features on Vimeo. And keeping up with an endless round of festival entries for his other film projects. And working with The MoCap Vaults – a training and consultancy company for performance capture.

Despite this hectic schedule, making sure he keeps on producing personal work is something he never loses sight of – “people don’t realise how important it is to us, film makers or artists, it’s the heart of what we do.”  In the past few years John’s produced 3 short films: 2 dramas and a his first documentary, with a fourth short in the works.

WHY IS PERSONAL WORK IMPORTANT  TO YOU?

Being a film maker is both wonderful and terrible simultaneously.  When you get to make work it’s great, but the opportunities to do it are fitful because of the great expense and logistics involved.  This means there can be really frustrating periods when you just can’t get your dreams made reality.

This is where making my own work on my terms comes in – it ruptures the barriers preventing me from expressing myself, allows me to keep the creative muscles moving and tries out new ideas and collaborators.

In the last 6 years I’ve made 3 shorts – 2 dramas and one documentary. 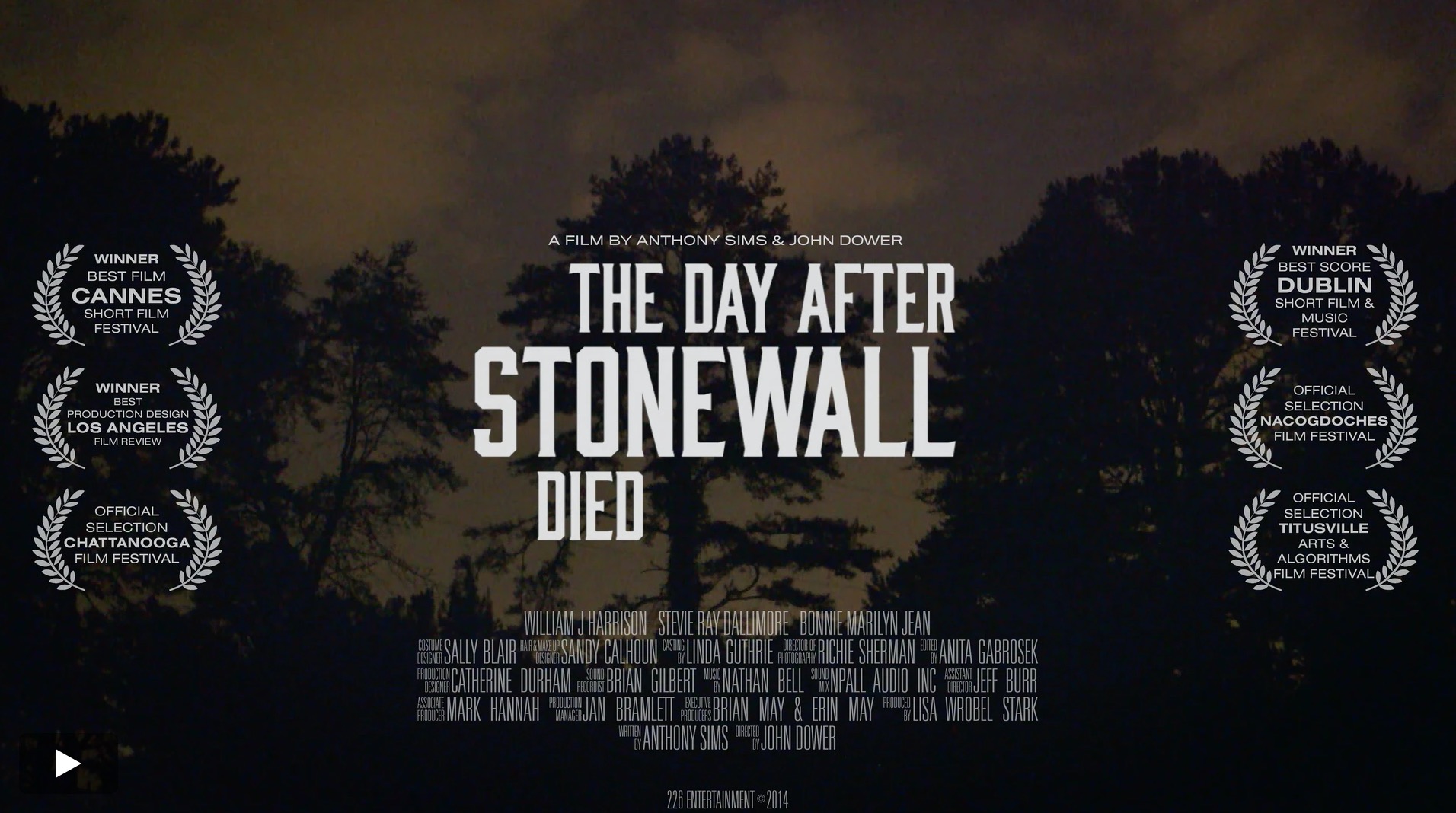 The Day After Stonewall Died (2014) was the result of a 10 year creative relationship with writer Anthony Sims from East Tennesee.  We’d been developing “Behemoth” – a feature screen play of his – and getting lots of interest, but never quite getting it financed, mostly because of its lack of commerciality.

Inspired by our deep frustration, Anthony wrote a short prequel to the movie and our short film was born.  We shot in Chattanooga and North Georgia in the summer of 2013. It tells the story of  Oscar (15) and is father Boots in the aftermath of the beloved family dog dying.  I doubt we’ll ever get to make the full length film, but we’ll always have this to show for our years of effort. 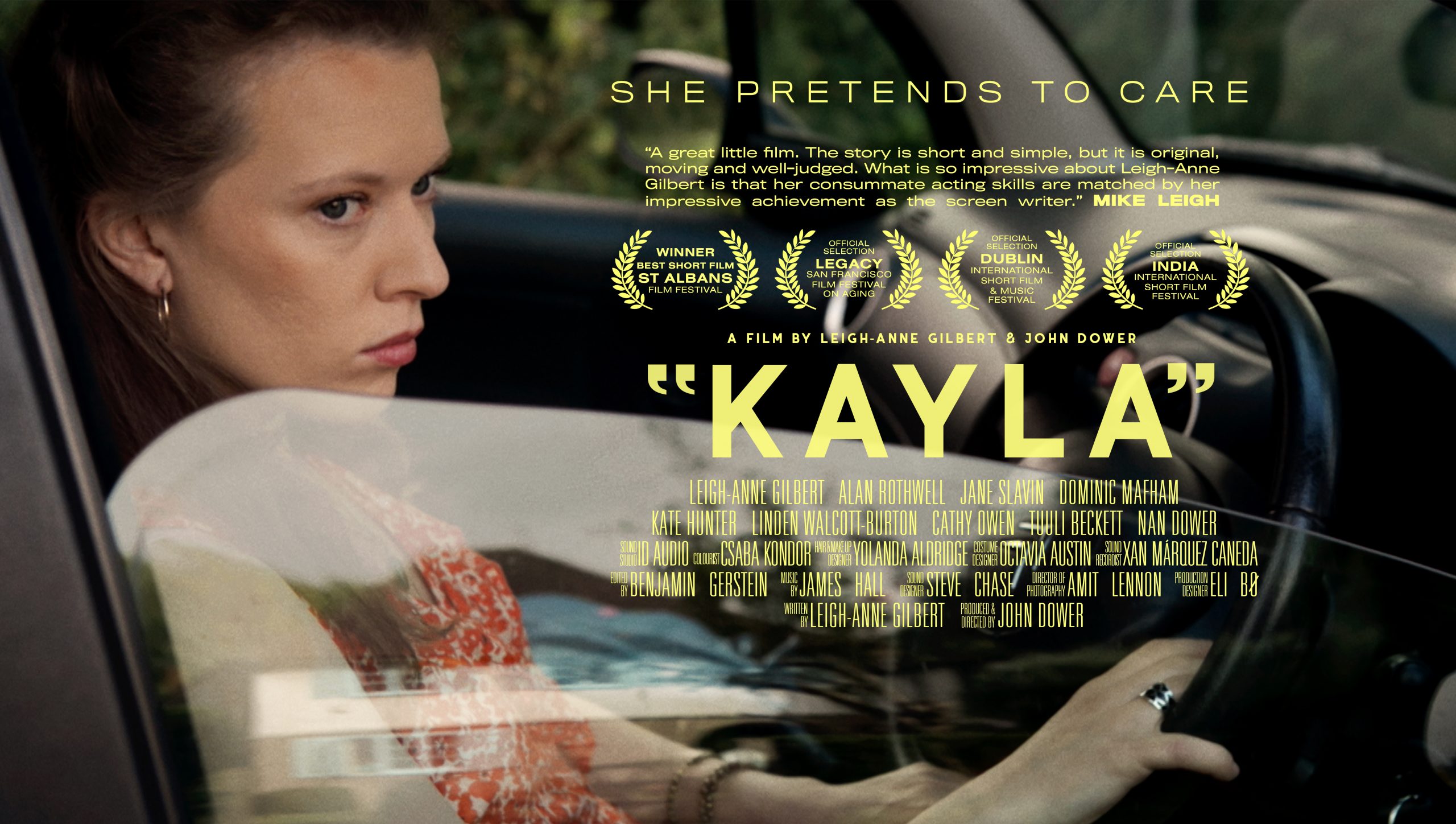 “Kayla” (2018) came about after I spotted a very talented actor Leigh-Anne Gilbert while teaching at East 15 Acting School several years earlier and suggested I’d like to make something with her.

As I was so busy directing TV drama in the intervening time, I suggested Leigh-Anne come up with a character and we could develop something together.  Leigh-Anne came up with more than that – a whole story – and the film was born. You can see Kayla on Vimeo 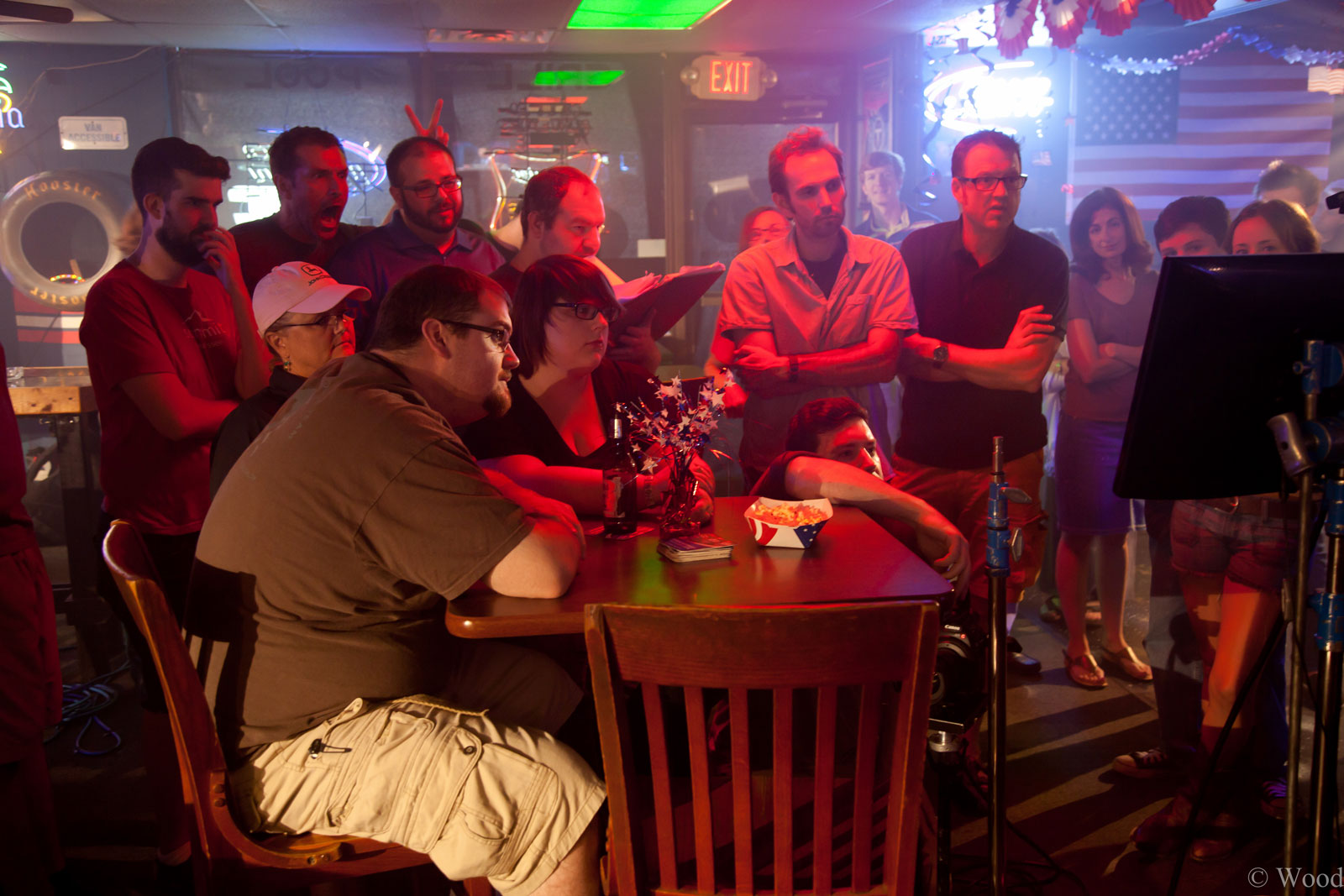 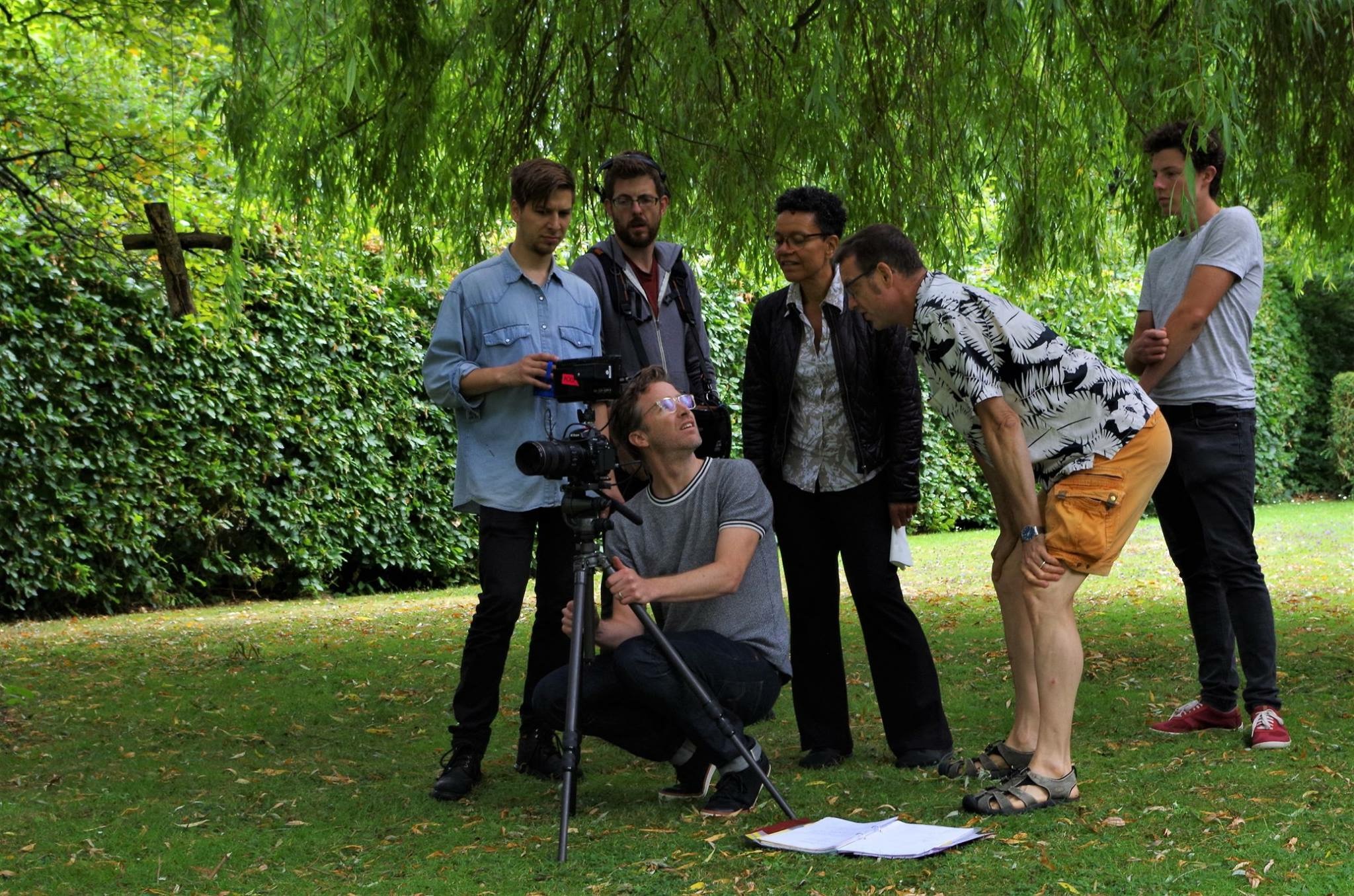 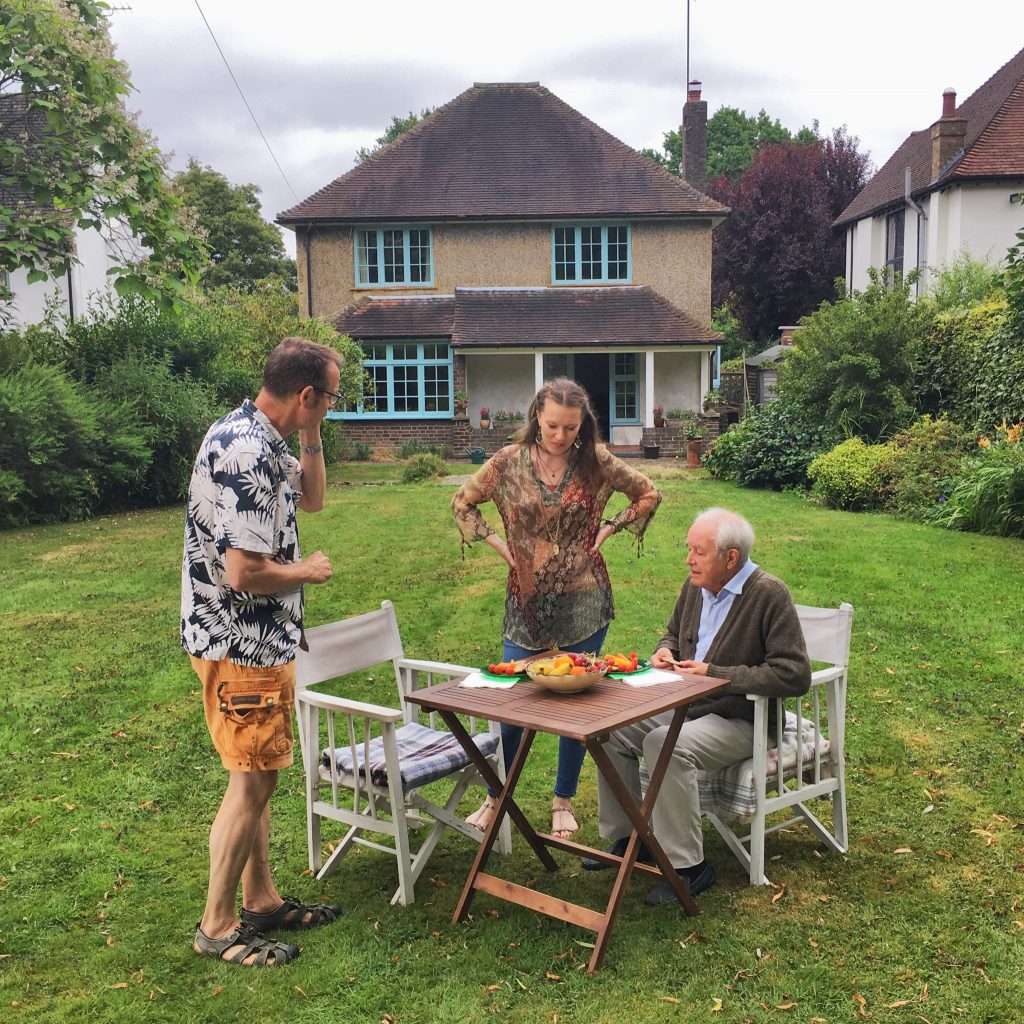 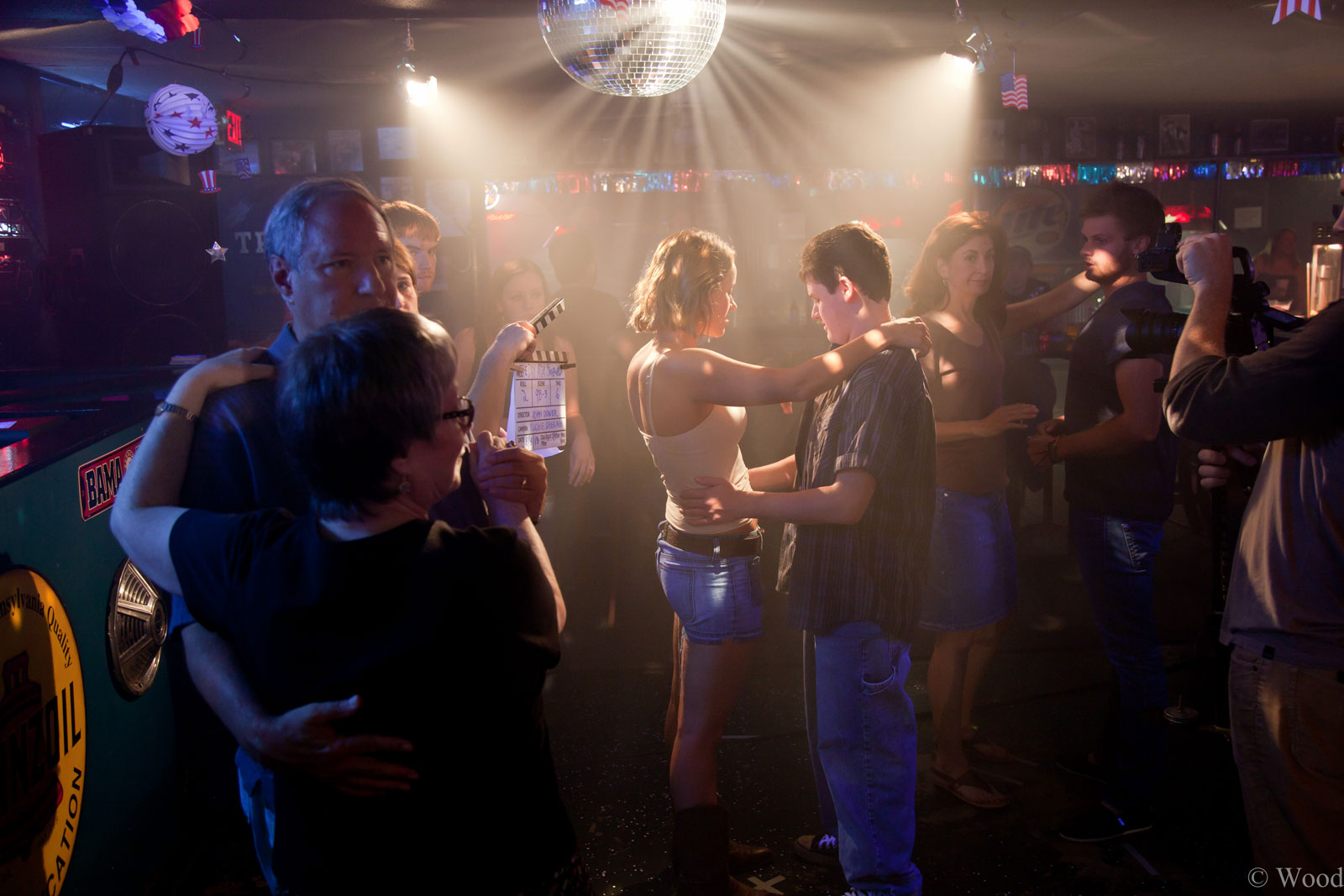 My most recent short “I Don’t Do This For Love, I Do This For Love – Nathan Bell on Tour” (2020) came about when Nathan – who had composed the music for the former film – asked if I’d document the UK leg of his tour in late 2018.  I explained I needed a crew, so it would probably be too expensive but when my wife heard that, she told me just to do it and make it myself!

Realising I was being pompous, I shot quite a bit of it myself, enlisted my daughter Eden, and together with the help of an editor, we put the film together over the following year or so.  It’s a quiet and reflective film about a storyteller finding his audience who are steeped in the Celtic tradition, but I think also packs a passionate punch. In some ways, it tells the story of someone with a very similar outlook to myself, so it’s come to be quite a personal film too. 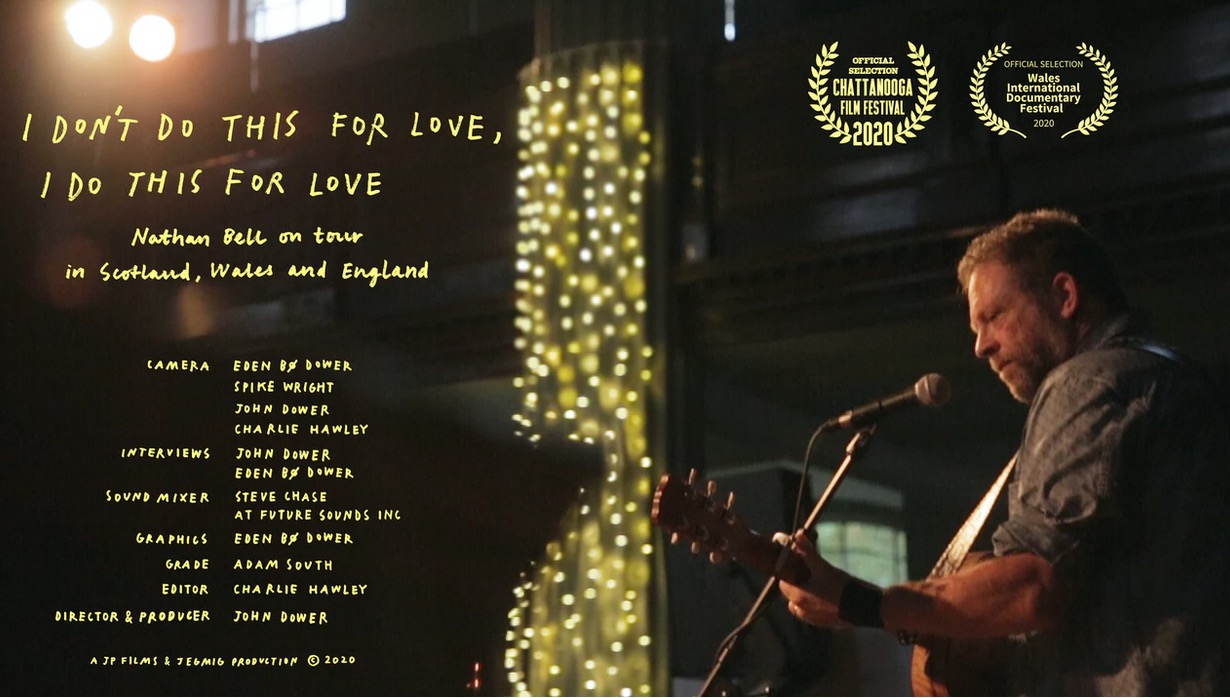 I always want to tell a good story, to highlight themes and ideas that I think need to be explored and ultimately to change the world for the better.  It’s a big ask and ambition, but film has that potential.

WHAT’S BEEN THE OUTCOME OF THE PROJECTS?

All the films have got into several Film festivals, with the first two winning Best Film Awards, which is very gratifying.  “The Day After Stonewall Died” acted as a calling card and got me back into Directing TV drama after a few years out of the room while I was working on Video games and teaching.   ““Kayla”” we are now turning into a feature script, with Leigh-Anne working with me and a Producer to get ready to approach finance.  The music Documentary has it’s festival debut in Chattanooga in May as part of the online interactive festival necessitated by Covid-19.

WHAT’S YOUR NEXT PERSONAL PROJECT?

I hope it’s an animated short film/interactive experience for iOS called “Blowaways”, which I have been developing for a few years with writer Lin Coghlan, Producer Marie James, and my partner Eli Bo, who will design it.

It’s a very ambitious piece technically, which we hope to make in a real-time engine using motion capture and facial captured animation.  It’s important to me ultimately because it looks at the bystander effect and how difficult it is to stick your neck out when you see something you know is wrong being done to someone else.

WHAT ARE YOU WATCHING  OR LISTENING TO AT THE MOMENT?

“Top Boy” and “Unorthodox” on Netflix were brilliant.

“Bridges to the Future – responses to Covid-19” by RSA podcast has been an antidote to the news.  All 3 series of BBC Radio 4’s series “Black Music in Europe: A Hidden History” were spellbinding.

“Fight For It Now” – a new Biography of my namesake Grandfather who introduced the white paper which was instrumental in setting up the National parks just after WW2 has gripped me for a few weeks.