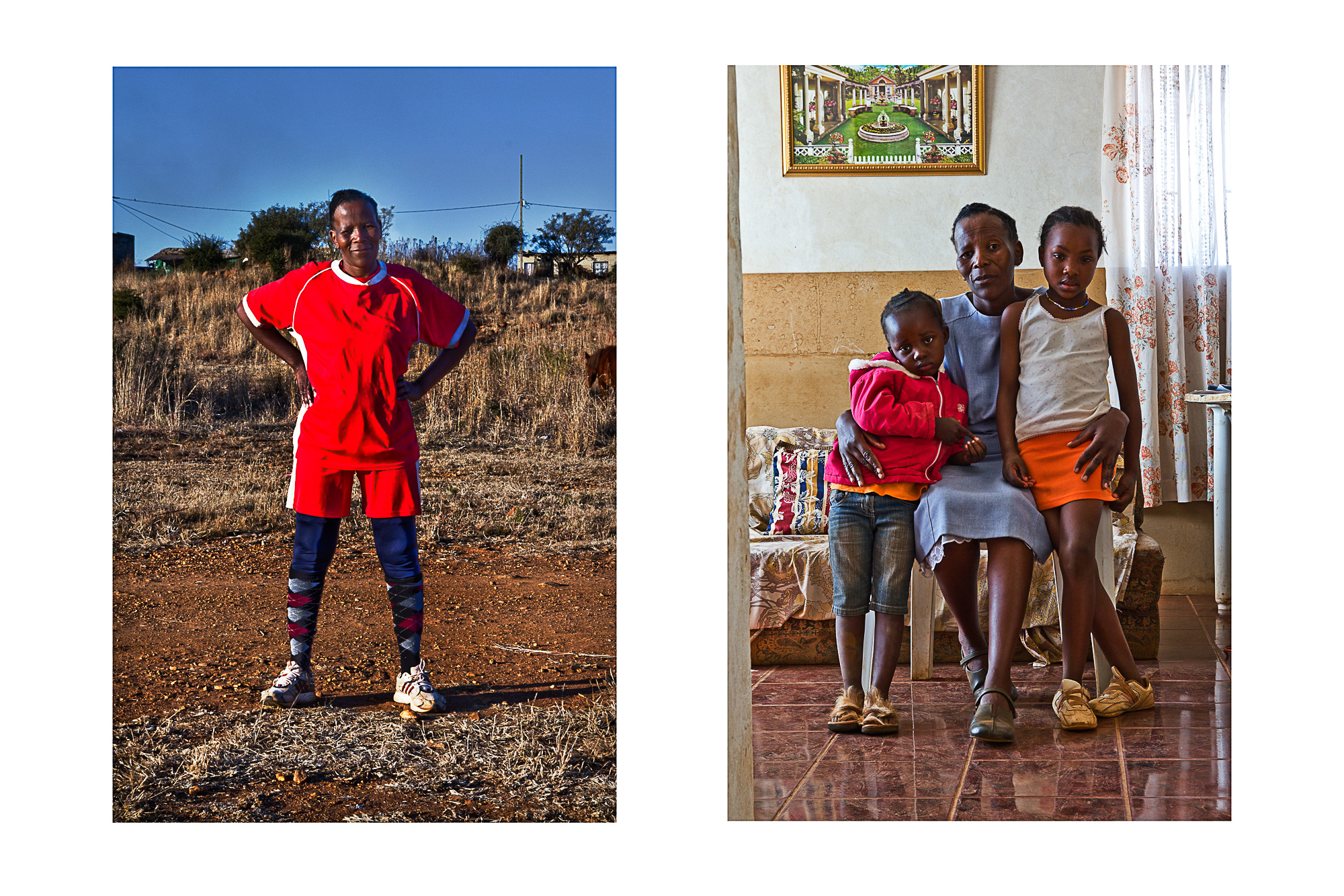 Andre Esiebo is a Lagos based photographer and film maker, who’s work focuses on themes such as sexuality, gender politics, football and migration.

His work has been exhibited worldwide at a host of prestigious institutions including the Sao Paulo Biennial, Dak’Art Biennial in Senegal, Biennale Cuvee in Austria, and Photoquai biennial in France, amongst many others.

Andrew is regularly featured in publications such as National Geographic, The New York Times, The Washington Post, The Financial Times, The Guardian and Marie Claire Italia.

And if that’s not impressive enough, he is also a winner of the Visa Pour La Creation Prize of the Institut Francias and the Musee du Quai Branly Artistic creation prize.

HOW WOULD YOU DESCRIBE YOUR WORK?

I consider myself a storyteller, in the sense that I’m more keen to find ways to use my images to tell a story rather than just taking a single great shot.

The stories that inspire me are stories that I can use to talk about issues. And over time I’ve found that one thing that’s very important in my work is people and the places they exist in, especially with crowded cities like Lagos.

I’m interested in how people navigate their daily life and how they navigate spaces to survive or to make a better life. And that’s led me to focus on projects around soccer and how people make use of informal spaces because of their passion for the game.

WHAT SORT OF CLIENTS DO YOU WORK WITH?

Sometimes I find myself working with institutions like museums, universities or galleries, or I work with non governmental organizations.

ARE THEY NIGERIAN OR INTERNATIONAL CLIENTS?

I have a good number of international and local clients but I think there’s been a big shift in the last few years, and particularly in a lot of West African countries, there are fewer photographers coming in from abroad.

I also think those organizations are becoming more open to, hiring locals or maybe the Internet has made it possible for them to discover people who are on the ground. And some of them are now open to understanding the visual language of people in their locality. And that’s quite a big change. 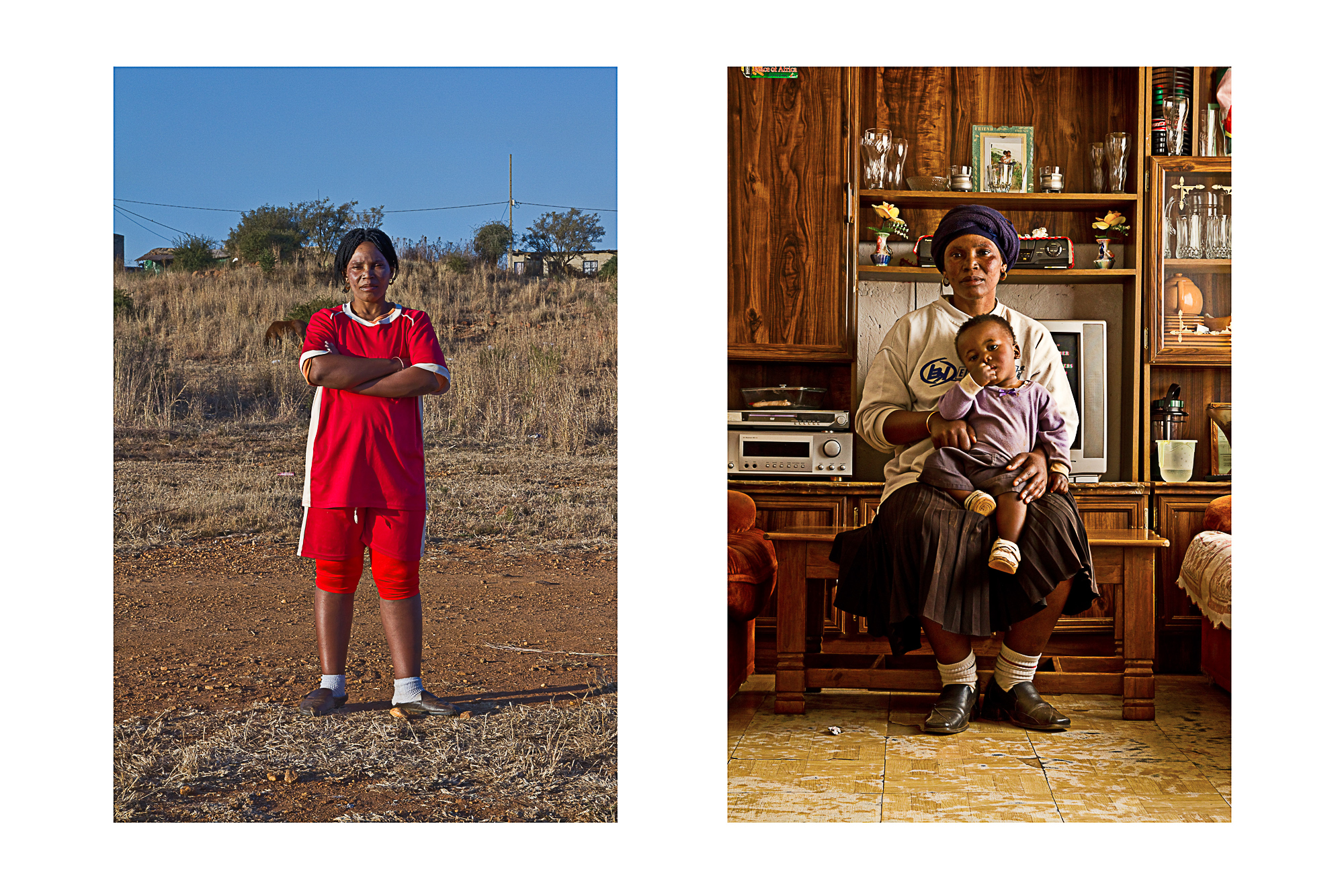 DO YOU THINK THAT’S CHANGING THE WAY THAT NIGERIANS CAN TELL THEIR OWN STORIES?

I think it’s tricky: it has given us the opportunity to tell our story but is the way we’re telling it so different from what the western people tell us? I’m not too sure. Because at the end of the day, who has defined the published story? It’s not the photographer – most of the time it’s the editor.

As photographers we need to find the discipline to tell our own story, from our own way. But what I’ve seen many times is a lot of young or less experienced photographers get inspired by other photographers from the web. And you see their pictures almost similar to those kind of pictures, even the type of story.

So it takes some sense of consciousness or some sense from central group to find your story, to have that confidence to look inward and tell the story from your own influence.

WHAT IS YOUR PERSONAL PROJECT AND HOW DID IT COME ABOUT?

Alter Gogo is a diptych portraits series of grandmothers who play in Gogo Getters football club in Orange farm, a township of South Africa. For them, playing the game has become their therapy for health, social and physiological problems, like diabetes, high blood pressure or alcoholism.

It’s part of my interest in football and how it fits into daily life and people’s spaces. And I’ve long wanted to explore how football influences the visual representation of women in public spaces because when I was growing up, there were no female football teams.

I was in South Africa as part of a program by the World Press Photo working on an entirely different story. But saw these grannies playing football, and I immediately stopped doing what I’d been hired to do and started talking to the women. Luckily, they were really happy to be photographed. 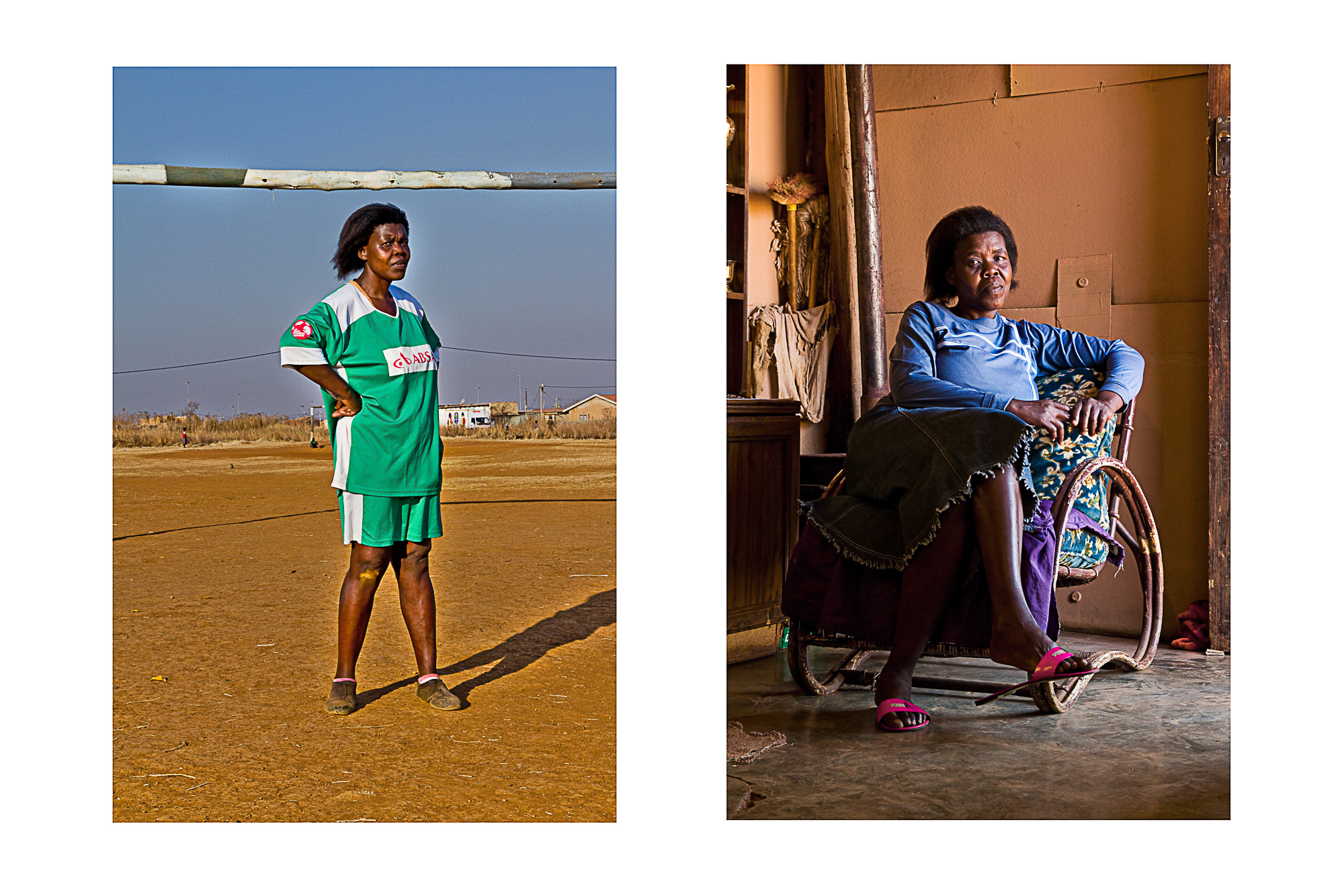 THE PHOTOGRAPHS ARE DIPTYCHS – PORTRAITS AND THEN A FAMILY GROUP. DID YOU CONCEIVE OF THAT STRAIGHTAWAY OR WAS IT PART OF THE EDITING PROCESS?

Alter Gogo offers an alternative image of African women. Quite often African women are shown as part of the “tradition”. The image is the one of the oppressed woman, submitting to tradition and tribal customs, with no authority, freedom or conception of the self.

Women’s sad faces are often use to accompany African stories of famine, poverty and violence. With Alter Gogo I wanted to challenge gender stereotypes as well the role and image attributed to women, in particular in their old age.

The grandmothers’ regalia, their proud postures in the soccer field along with the charm of their intimate spaces and people they love create a powerful socio-cultural scenario in which soccer is the means and expression of a new gender and generation identity. 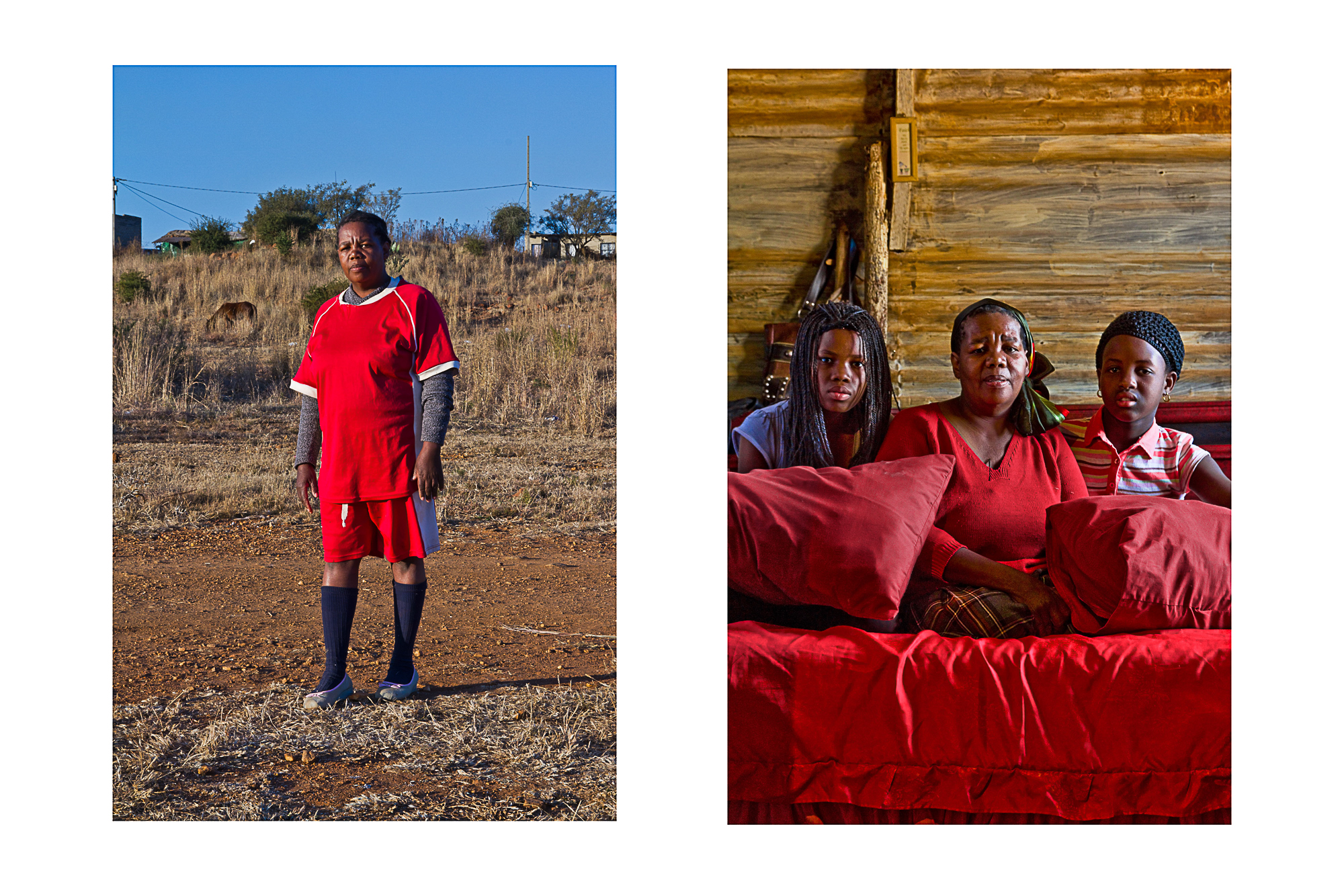 WHAT RESPONSE HAVE YOU HAD TO THE PROJECT?

I think it’s been quite successful because it had been published and it’s been shown in several exhibitions around the world – Havana, Vienna and it was shown at the England Museum of football in Manchester. So I think it was one of the most fulfilling projects I’ve done.

HOW IMPORTANT IS PERSONAL WORK FOR YOU?

I mean, like, I’ve done a project I’ve done called mutation, about urban evolution in Lagos that started as a commissioned work. And I got so interested in it, that it’s become larger personal project that’s starting to be quite successful. 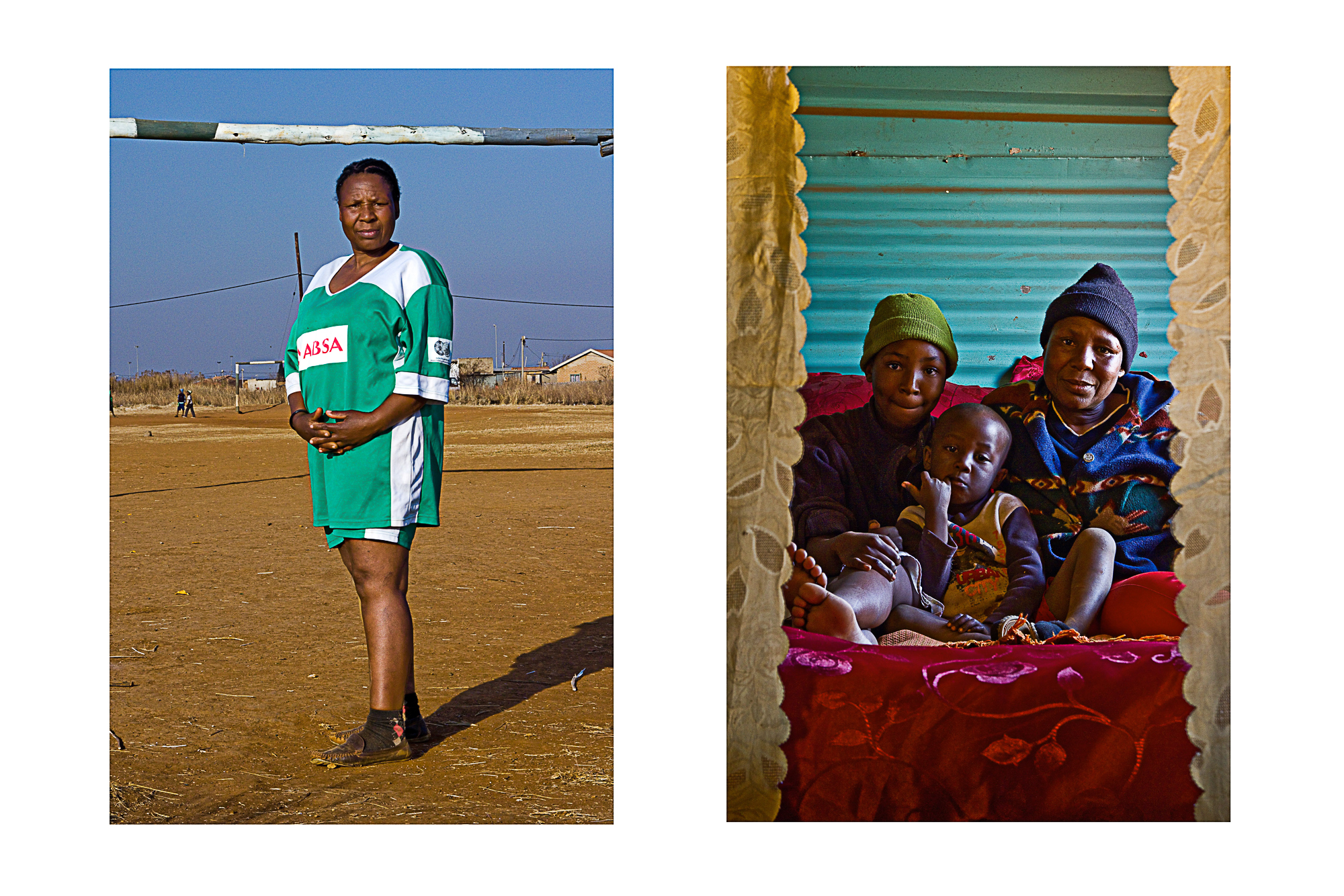 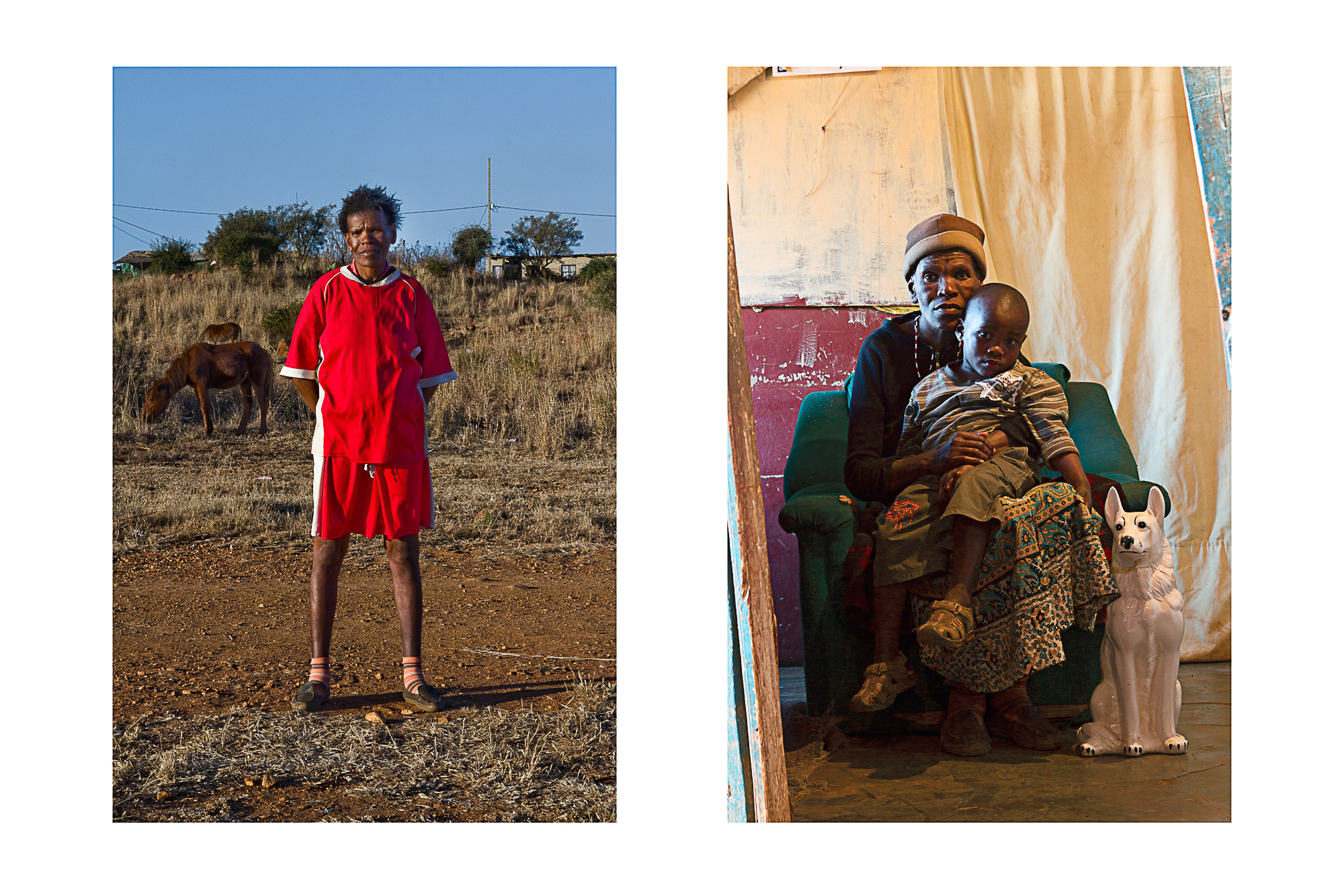 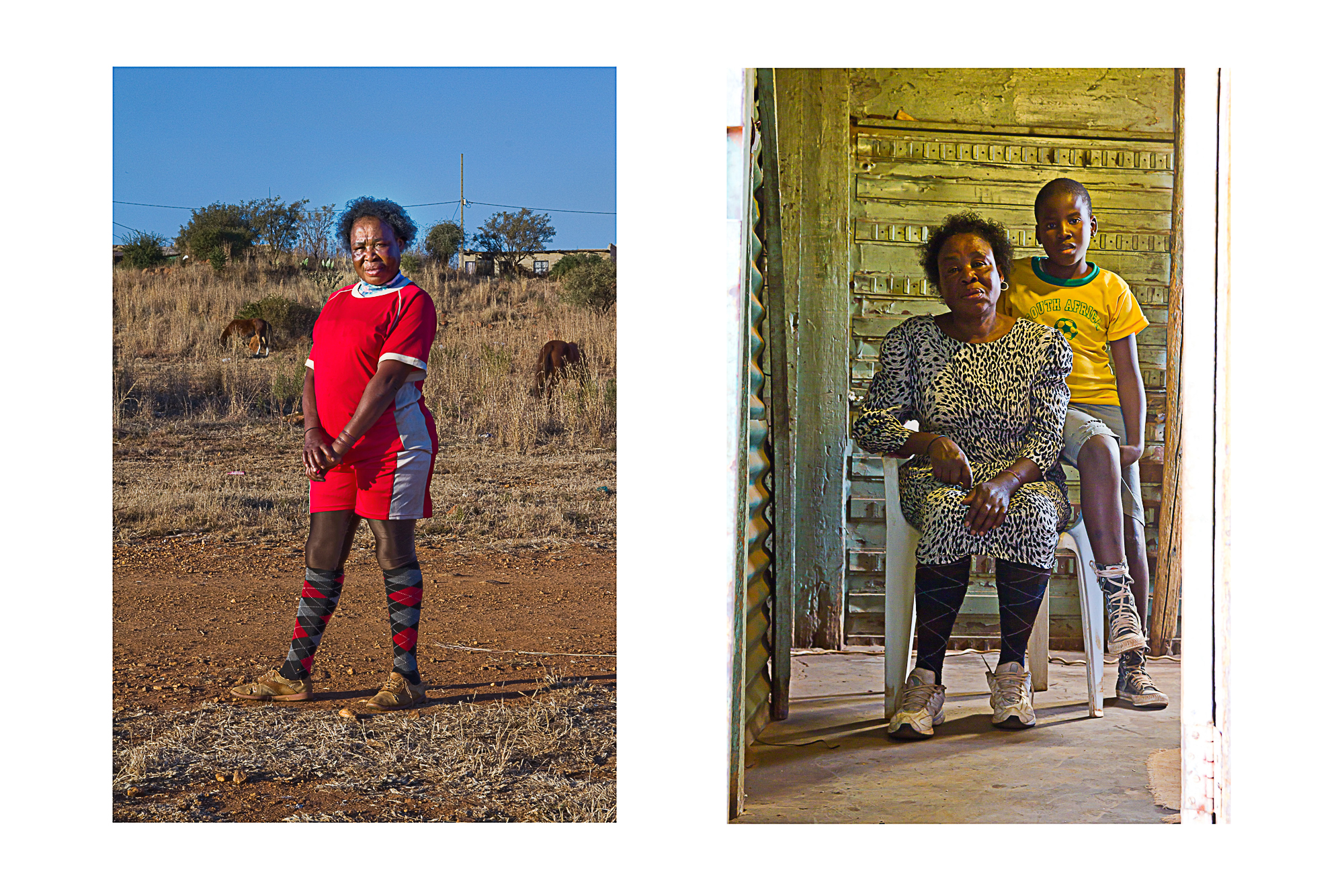 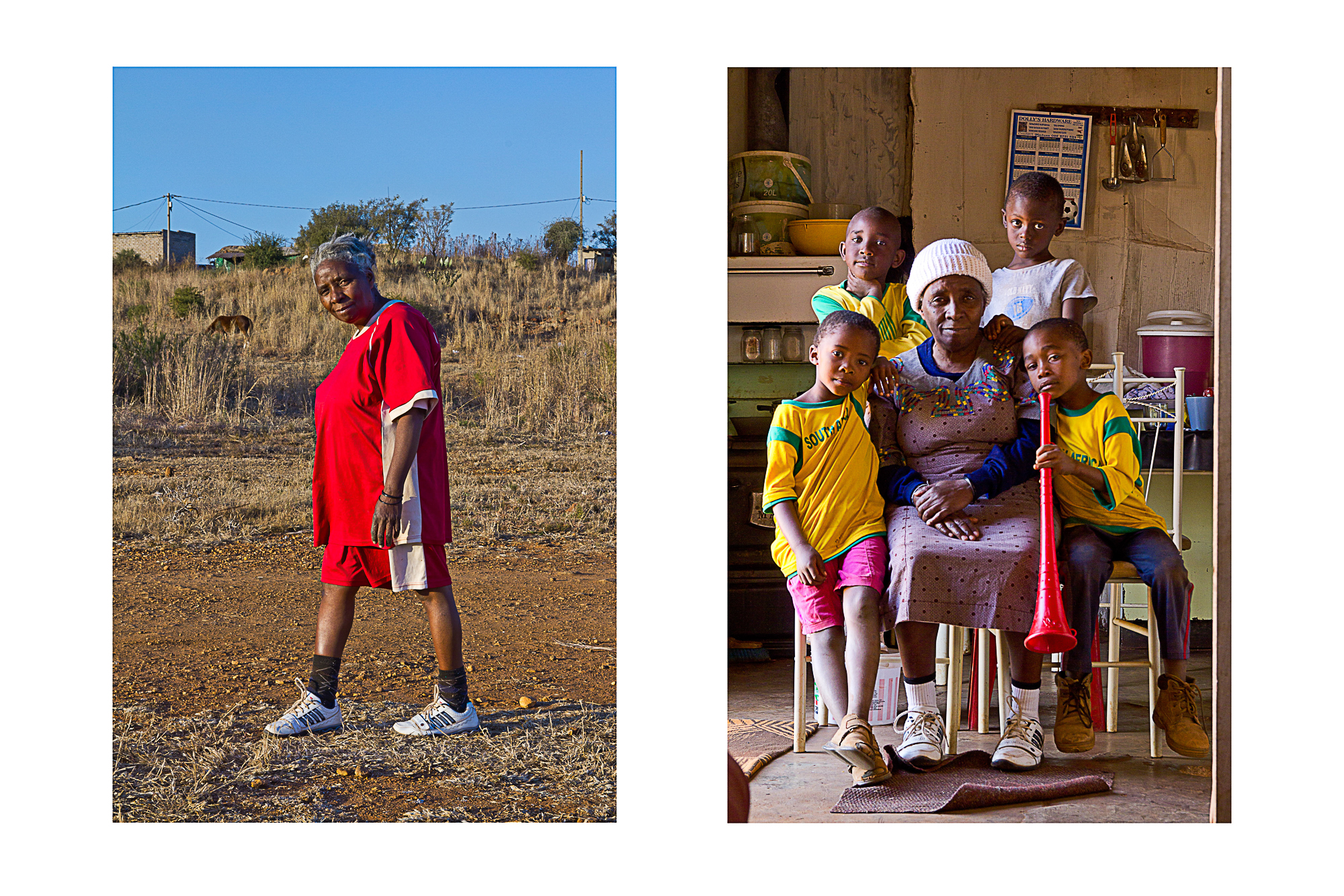 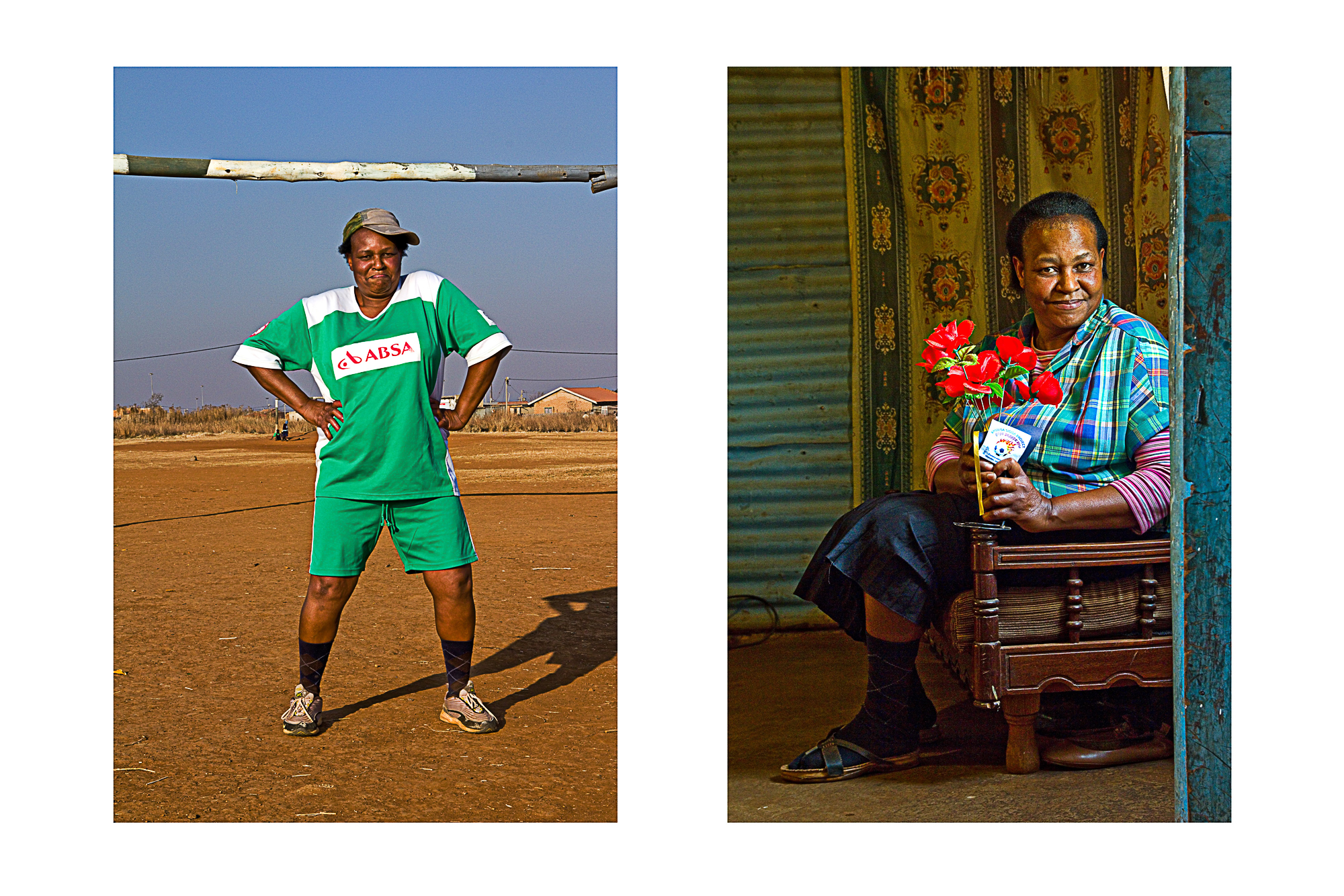