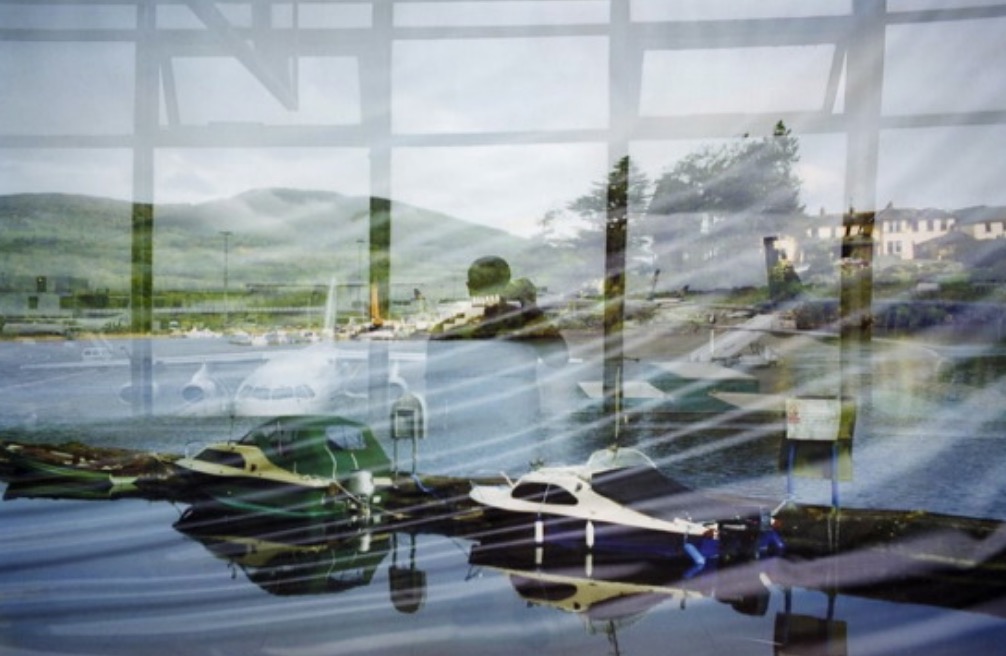 One of the most important questions any photographer needs to ask themselves is: “why am I doing this?” 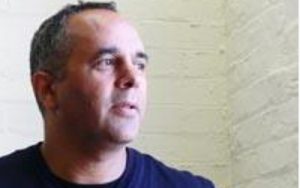 Paul Halliday has been the course leader of the international MA Photography and Urban Cultures at Goldsmiths for eighteen years.

He runs a busy programme that draws on many disciples but that suits Paul down to the ground – “it’s basically an ongoing excuse to delve into art history, urbanism, geography, human rights, archaeology and many more related research areas.”

Paul’s also a founding director of the Urban Photographers Association and creative director of UrbanPhotoFest. This fits in well with his academic career, with Goldsmiths also supporting his visual work, which puts him in a unique position as a photographer – “I think this makes me one of the few actual professional urban photographers in the world.”

WHY IS PERSONAL WORK IMPORTANT TO YOU?

Interestingly, most of my “professional work” has overlapped with “personal work”. So, when I’ve had gallery, museum or publishing commissions, they have invariably been connected to my research interests around what I describe as “critical urbanism”.

Fundamentally, what floats my boat is the study of, and walks through urban spaces. Sometimes clients have heard about this and proactively contacted me to propose projects. I once had a huge commission from a planning department, and the brief was one sentence long. In the meeting, the commissioning client said to me “well you’re the photographer and urbanist in the room, and we were hoping you’d tell us what we need you to do.”

One of the most important questions any artist, photographer, film-maker needs to ask themselves is: “why am I doing this?” And this leads to other questions, such as – “who benefits from this work?” And, “what value will it have?” There are so many questions we need to constantly ask ourselves so that we don’t become part of that machine that keeps grinding out the ‘same old, same old’, over and over again.

I developed a twenty-year project about London’s street environments which was launched at a Tate Modern conference in 2006.

My project is deeply political and focuses on the difficulties associated with ‘public space’. We have seen such huge changes in London’s cultural landscapes over the last couple of decades, and I wanted the images to speak to that.

During the late 80s and early 90s, I saw how extremist political ideologies were impacting on the lives of Londoners, particularly Black and Asian, and as I had grown up in Greenwich, and was working as a social researcher in the East End, I started making images around what I saw and experienced in my local areas.

This was incredibly difficult, and I saw an unbelievable amount of violence. But there’s a question here that I frequently ask myself; “what is the difference between the violence of the far-right, and the corporate violence that abused settled communities and forced them into hopelessness through austerity and hyper-gentrification?”

The project is now an archive, and it will make uncomfortable viewing in some quarters, but it will also, hopefully, resonate with those interested in a critical rethinking of London’s cultural histories; of the systemic erasure of memory. 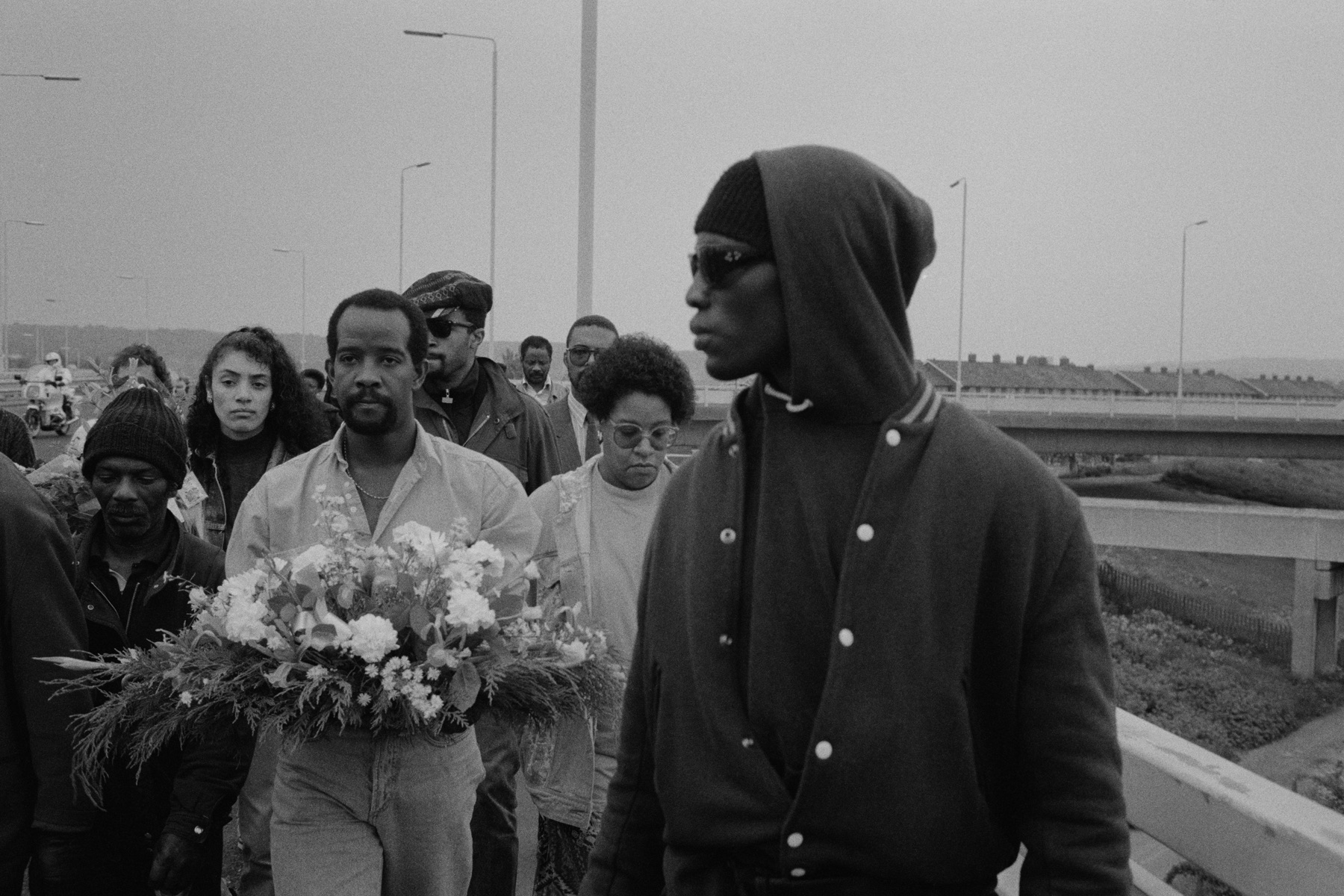 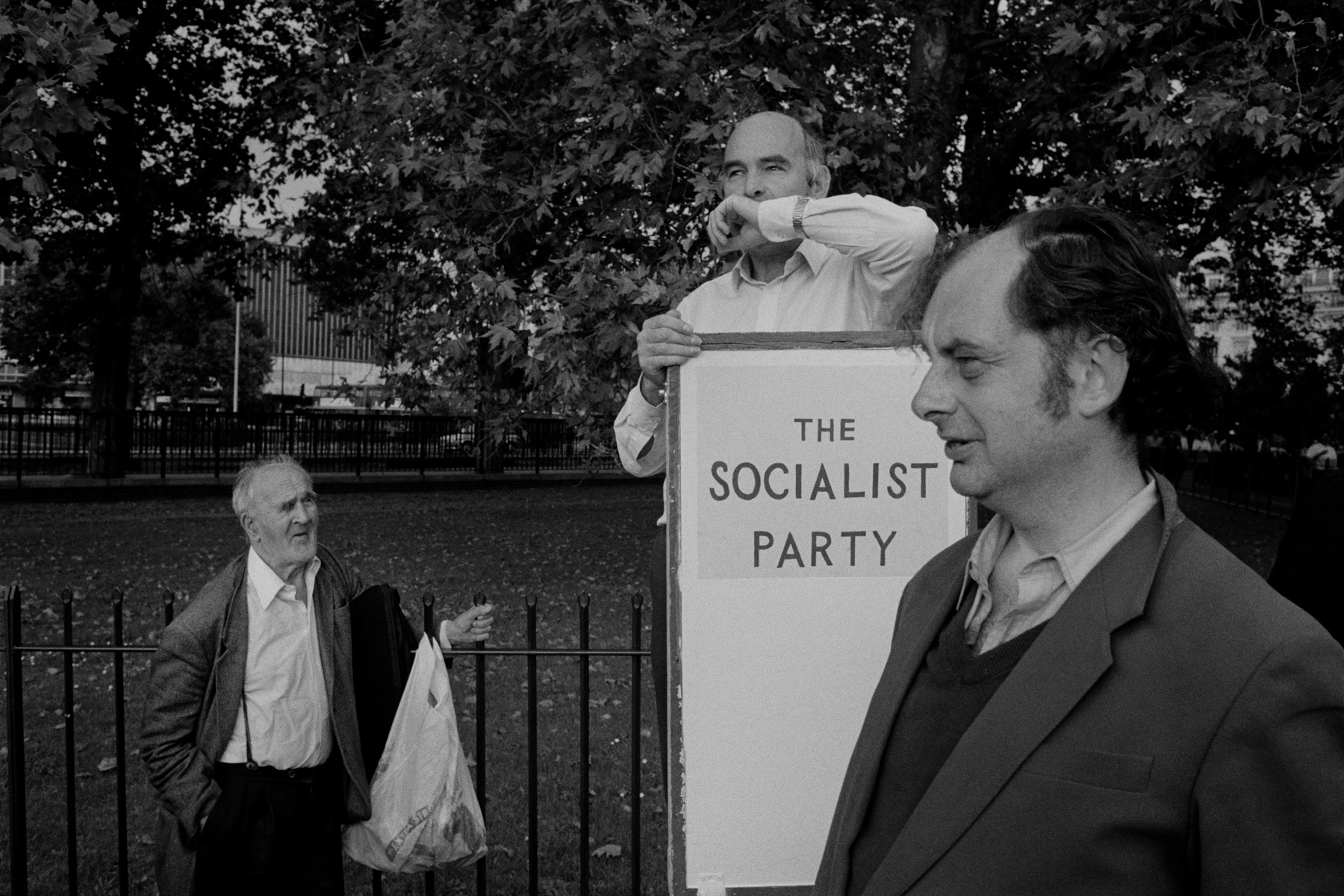 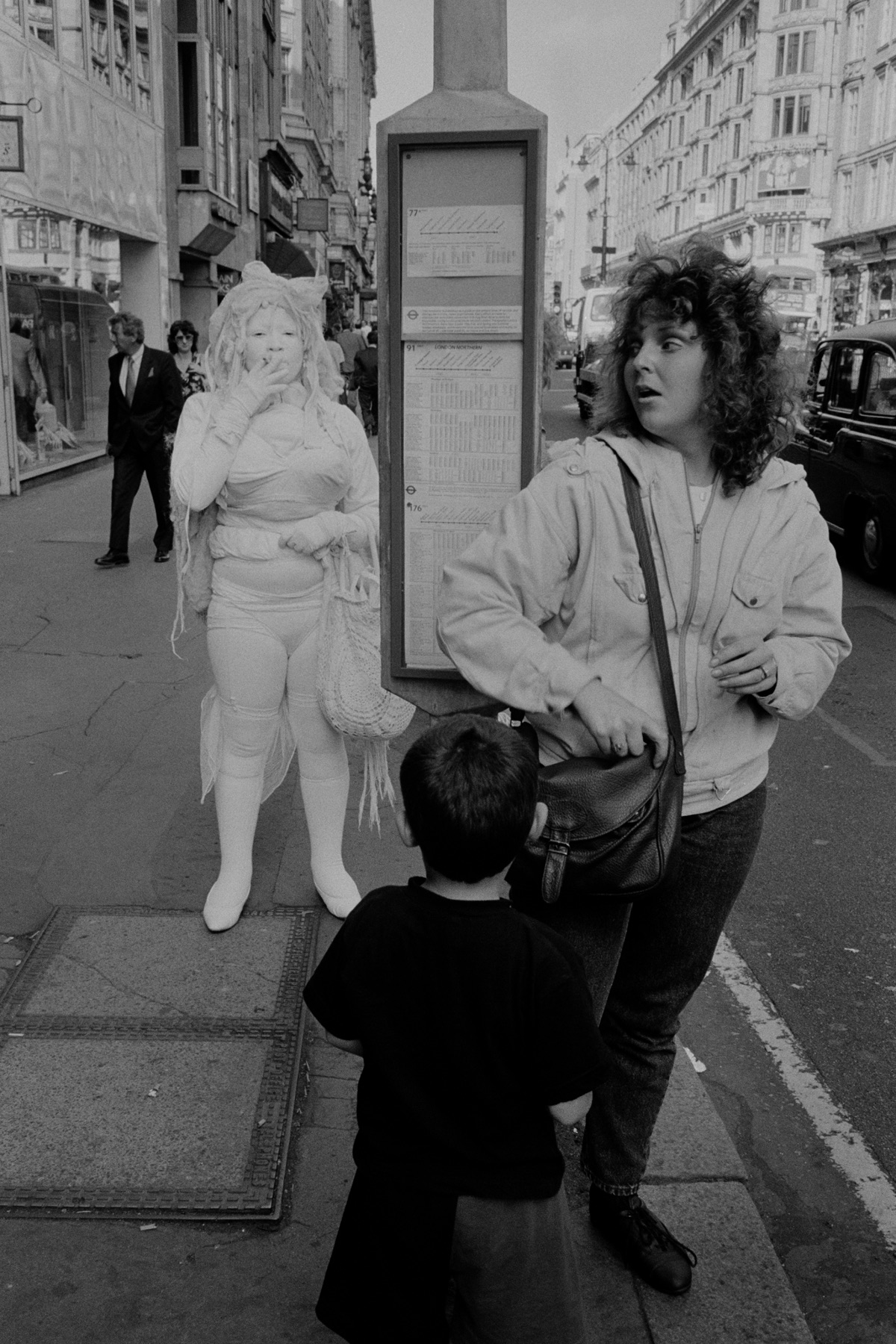 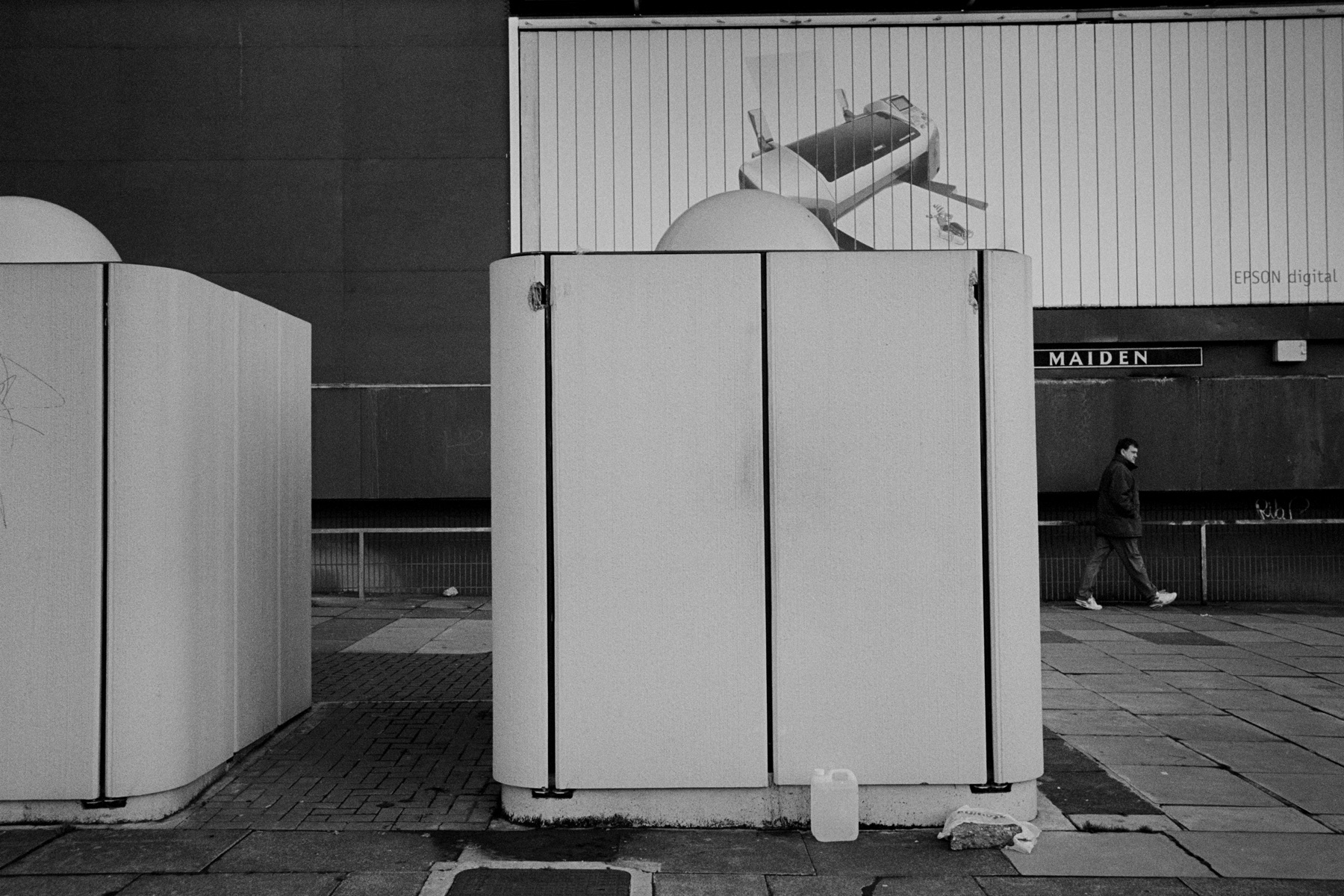 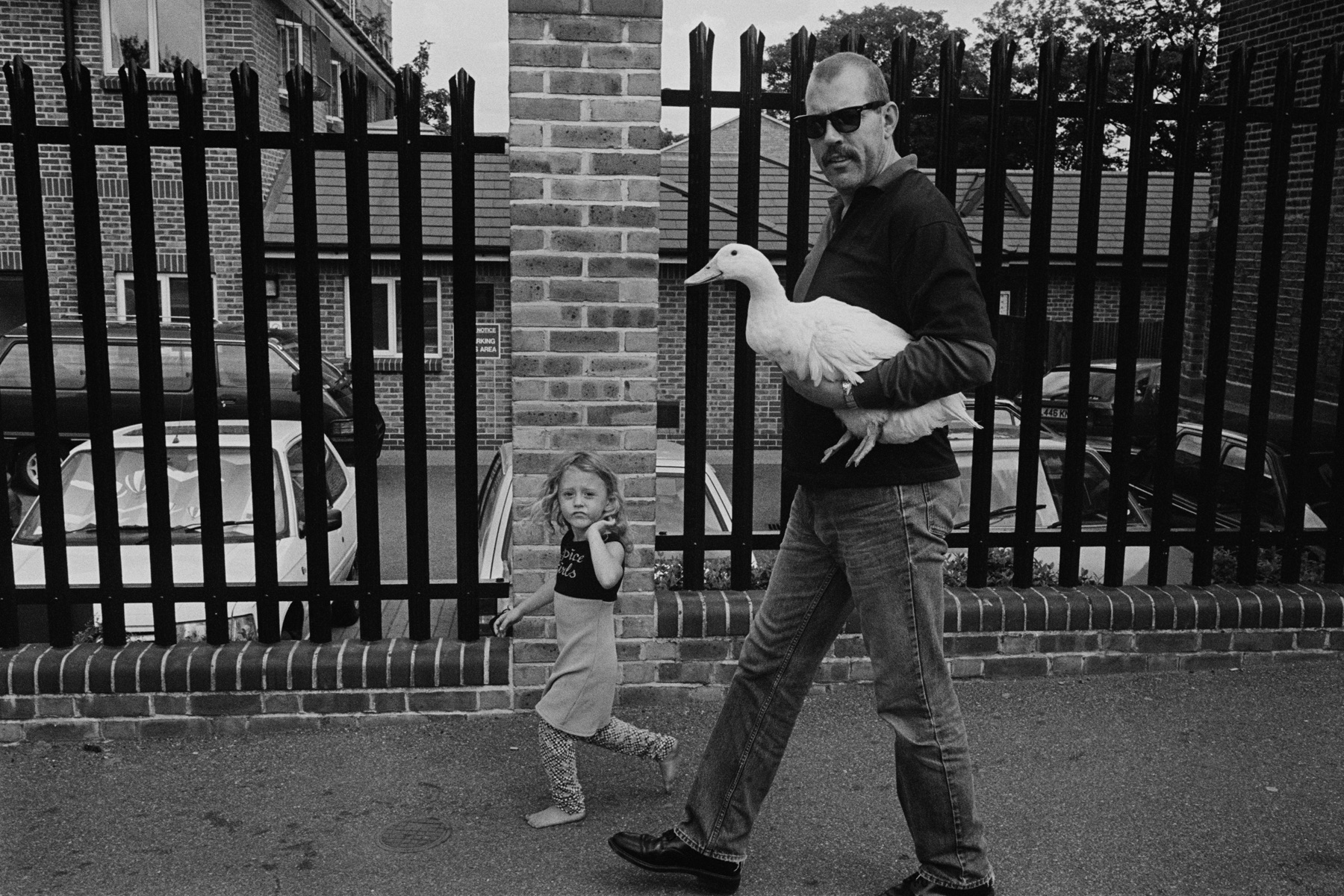 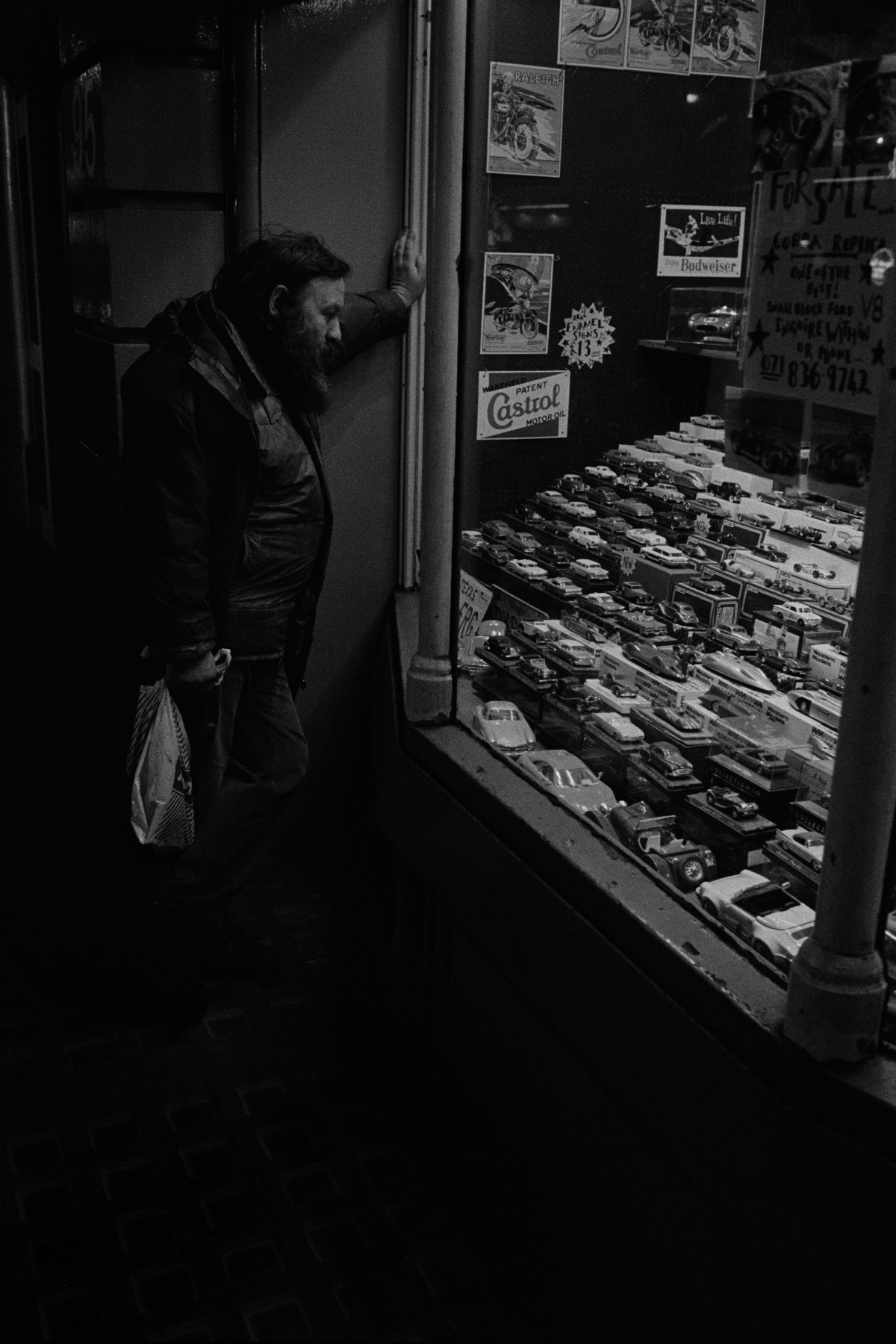 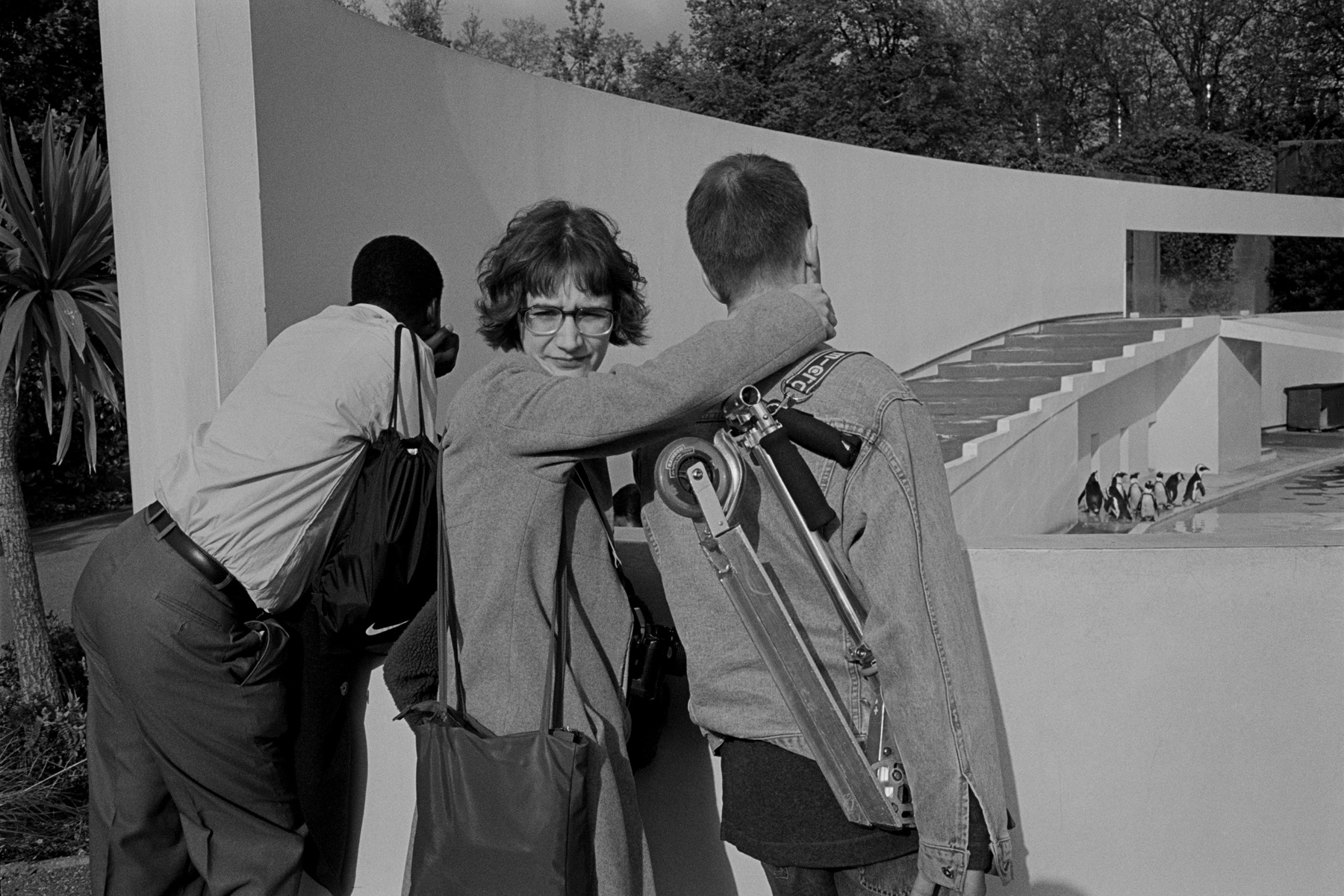 It didn’t start out as a project. It just came about from my walking around London as a young man with a camera. I had no expectations, and then suddenly I realised that I was in the middle of making something.

A commissioning editor at Channel 4 TV got to hear about the project, called me in and then commissioned me on the spot to make a film about the far-right in London (Living with the Bunker) and the experiences Black and Asian Londoners were having, particularly in Greenwich and the East End. Channel 4 were fantastic to work with, and at the end of the film project, they funded another three years of walking and photographing.

WHAT’S BEEN THE OUTCOME OF THE PROJECT

I plan to bring it together as a book and exhibition project. I have been supported by an amazing arts organisation called Openvizor, and this has enabled me to complete the archiving and develop related visual projects.

Additionally, the University of West London gave me a fellowship, which meant I was able to use their darkroom and scanners, which made a very real difference. There have been so many incredible people that have believed in the project, and helped to make it something real.

I hope that the project stands as a testament, a set of meditations around how London’s public and street spaces were experienced during a particular historical period. Many of the streets were photographed prior to the rampant gentrification of London’s poorer areas, and as such, the work is a kind of collective cultural portrait, as well as a social history. 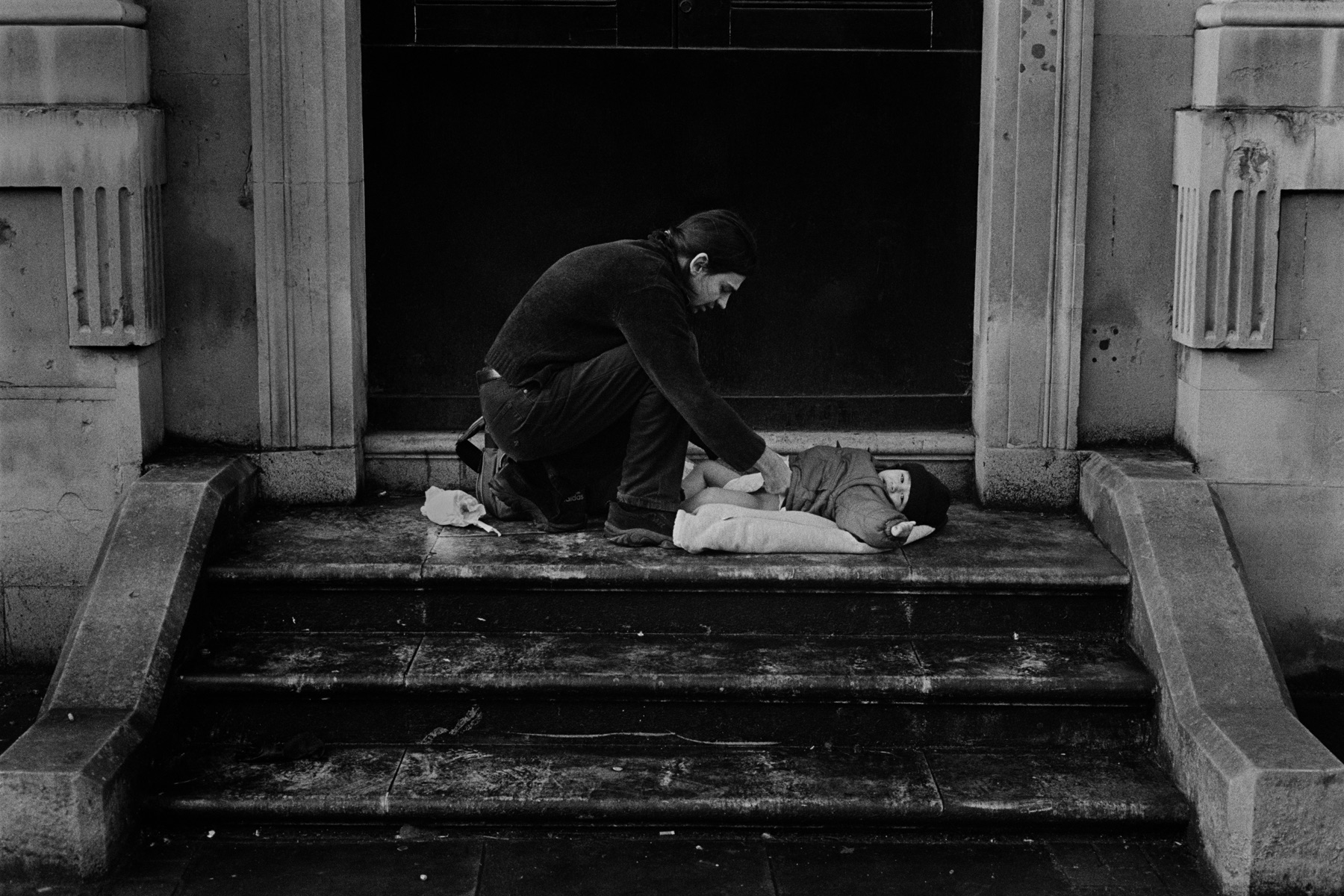 WHAT’S YOUR NEXT PERSONAL PROJECT?

I have spent the last two decades working on a project called “Close to Nowhere”, which essentially came about through finding myself being frequently lost in cities around the world. In so many ways, this project is the exact opposite of the London project, partly because it involves ‘not knowing’ the places that I’ve found myself in.

The Surrealists had a notion of the ‘dérive’, and in so many ways, this work is connected to that concept. On a number of occasions, I missed flights (accidentally or otherwise), and this resulted in my having unanticipated furloughs in cities such as Shanghai, Bogota, Berlin, New York; alone with a camera, and a few roles of film. Eventually, I realised this was a project in the making, and sensed that although the images were made in geographically disparate places, there were conceptual connections. We tend to think of cities as spaces of “somewhereness”, but I became increasingly aware that I was experiencing “nowhereness”, and that’s what I wanted to work with through the project. 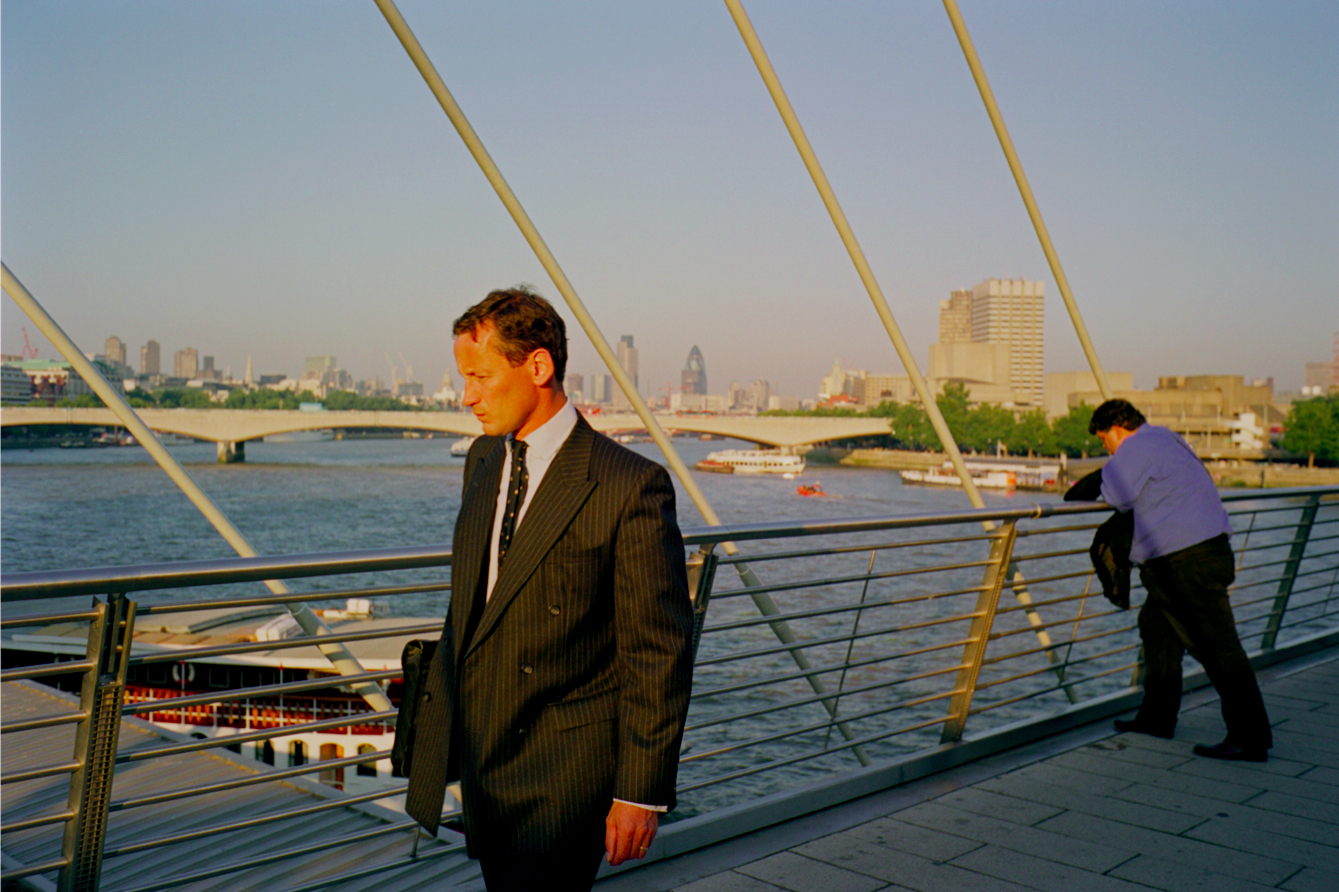 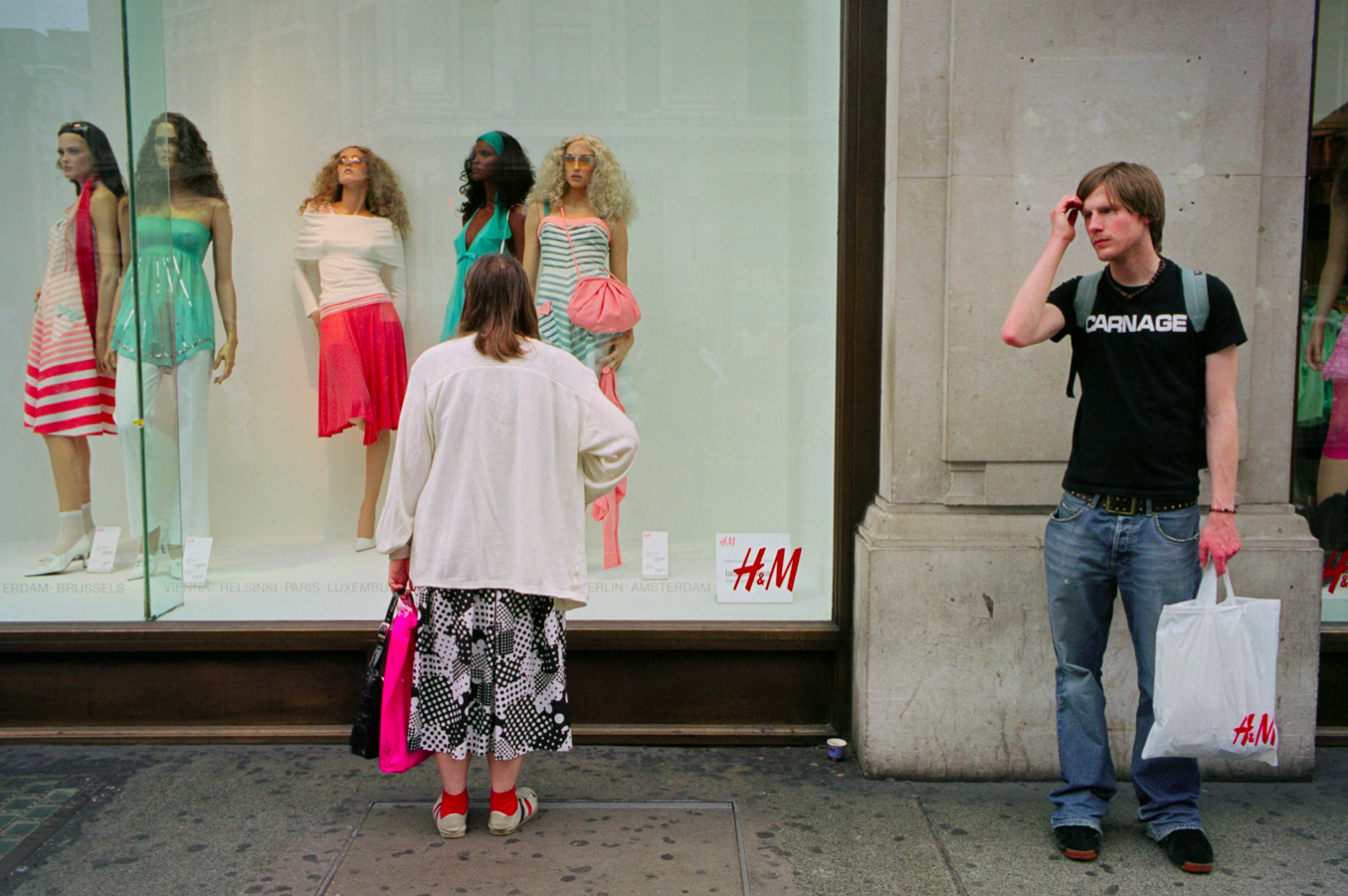 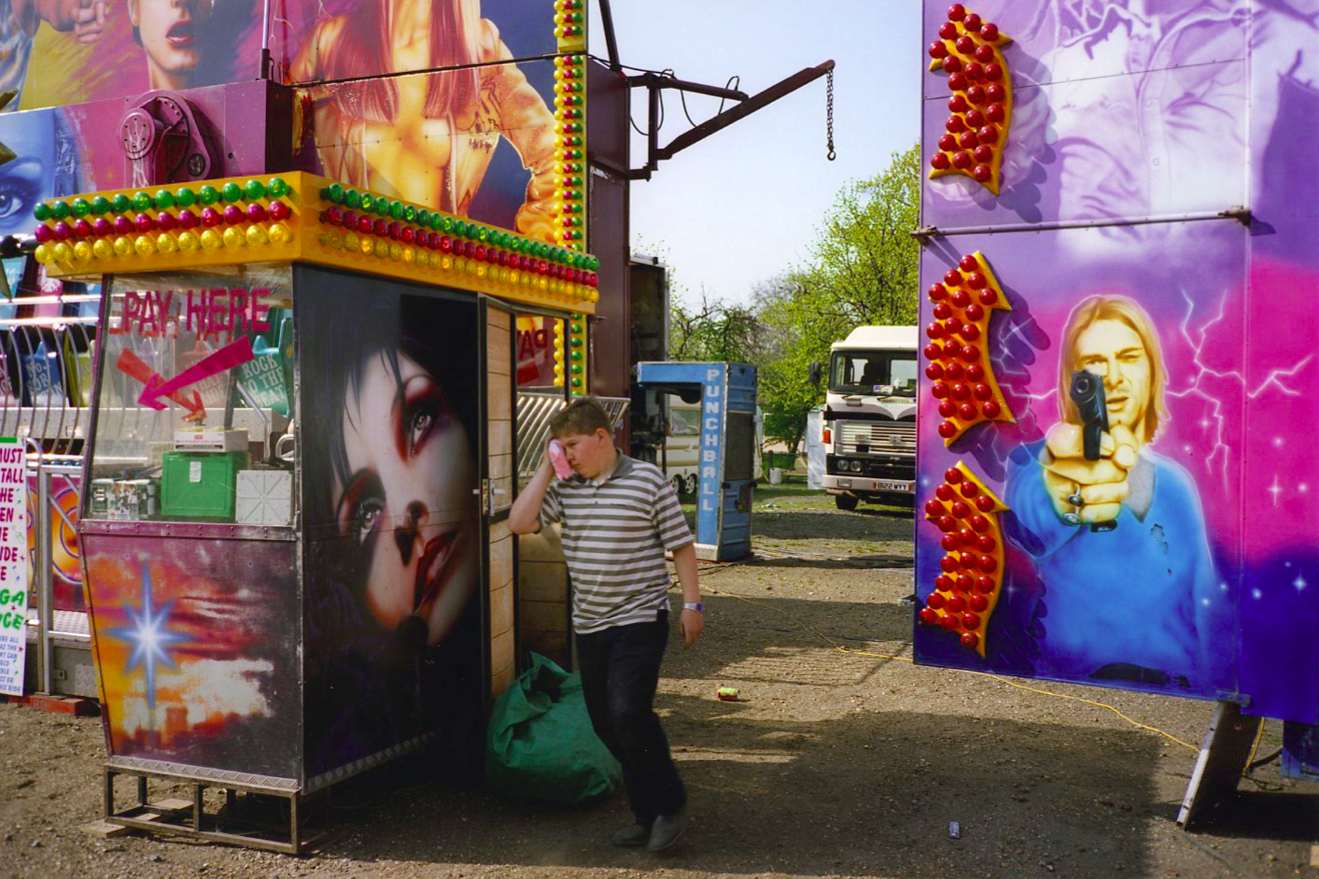 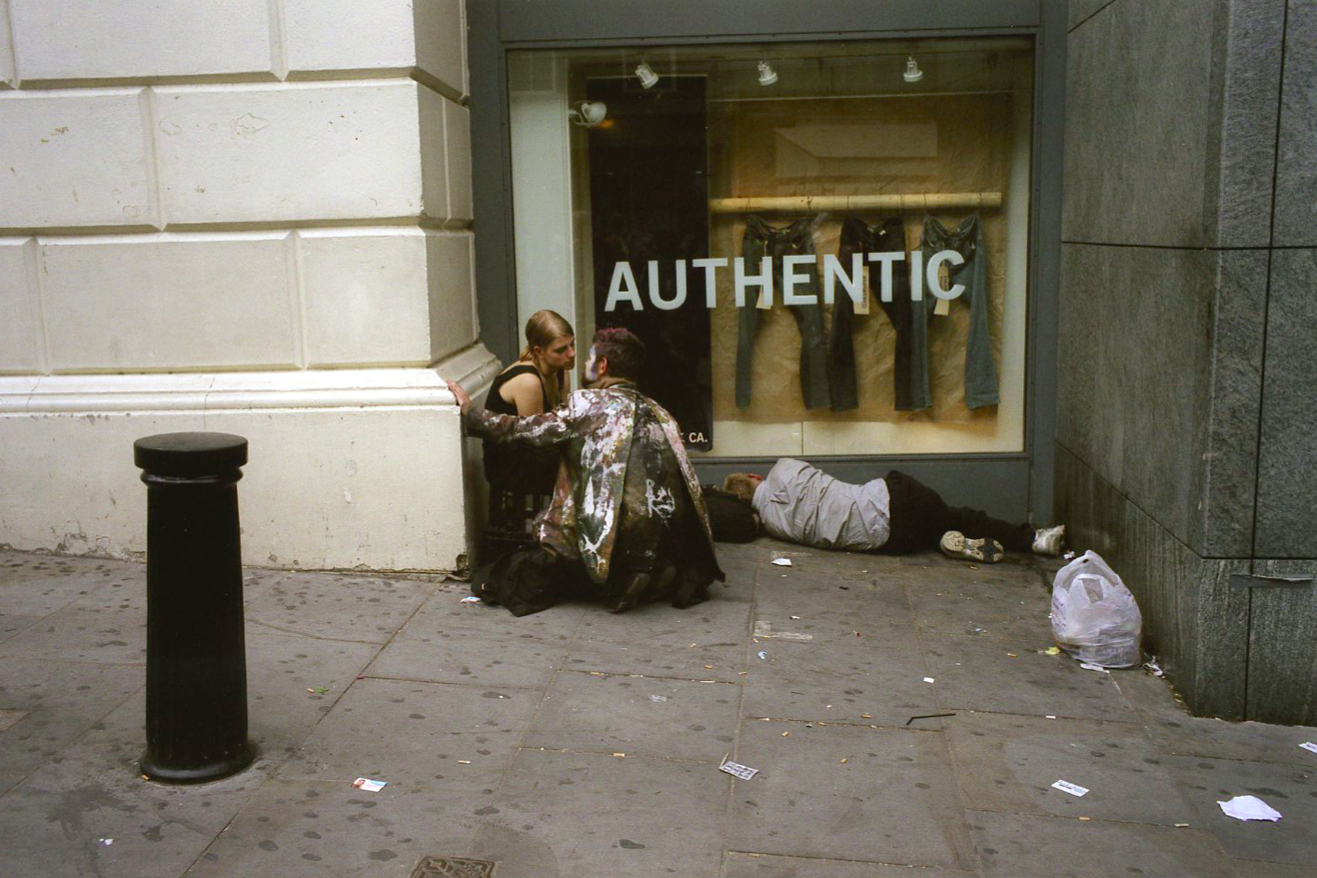 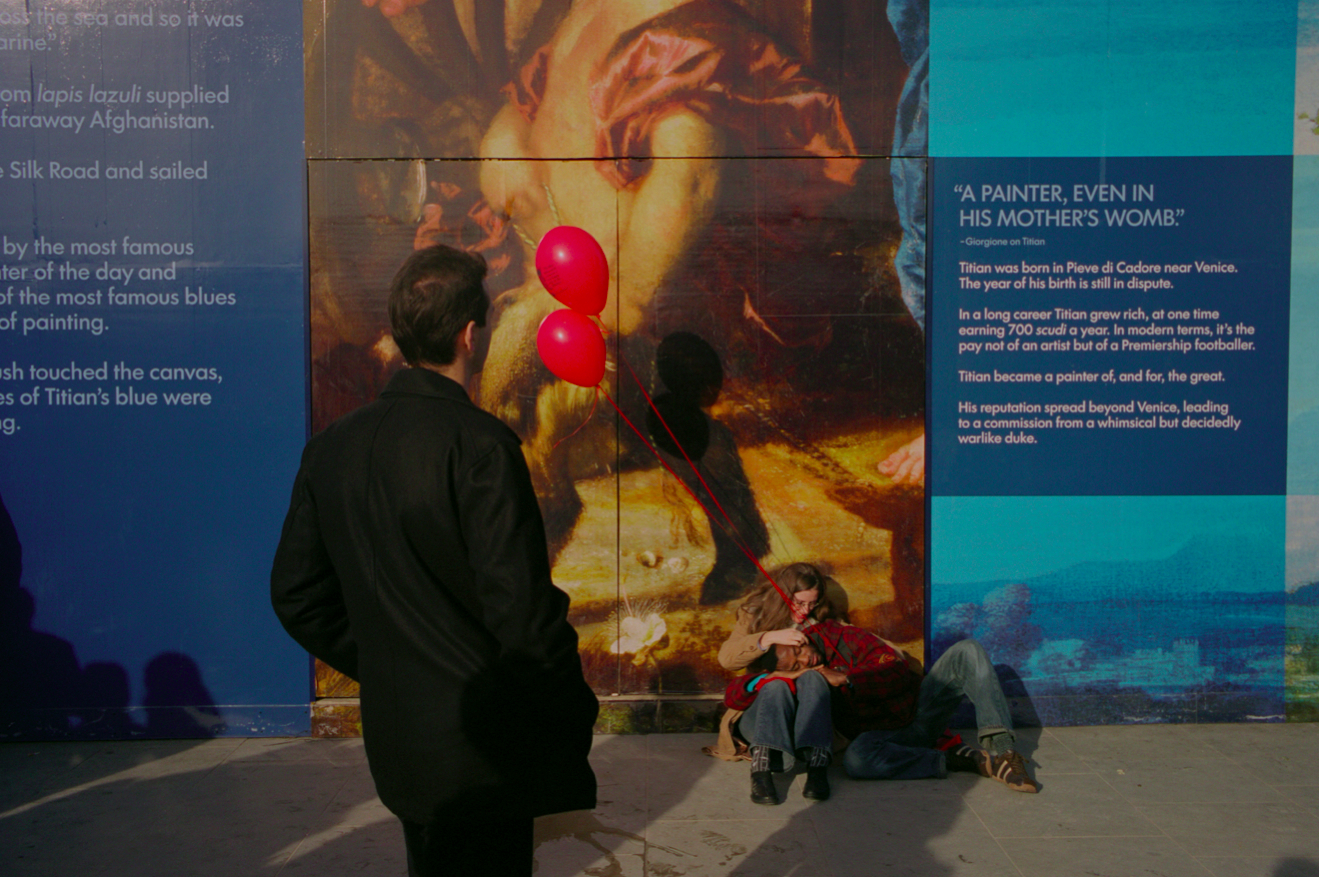 There are so many photographers and artists that have been inspirational, but on a more prosaic level, there are three people that I should mention as having directly contributed to my work.

Firstly, the photographer Peter Marlow was an incredibly generous fellow-traveller who would come to Goldsmiths and work with my students, share his knowledge and insights; and on more than one occasion, refuse to be paid.

Peter’s curator Jules Wright was a beautiful, if formidable soul, and I spent several afternoons sitting with her in the Wapping Project gallery drinking tea and discussing the art and photography worlds. I learnt a lot from Jules. She didn’t put up with the bullshit so central to British photography; she recognised it for what it was and named it for what it was. We need more people like Jules and Peter.

Lastly, Tim Hetherington was someone I shared a darkroom with. Like Jules and Peter, he was interested in the world, and wanted to make a difference on the ground. We would discuss images, and he would make suggestions around printing and editing. Tim went on to make some incredible work, and yet kept his eye on what mattered, and within the increasingly fractured world of corporatized photography and photojournalism that has lost its way, that has to mean something.

I’m going to be hopelessly biased around this, because I am a founding member of UPA – the Urban Photographers’ Association (www.urbanphotographers.org).

WHAT GADGET OR TOOL COULDN’T YOU LIVE WITHOUT

I’m not really big on kit, but my favourite camera – even though I work extensively with Leica range-finders and Fuji 6x9s – has to be my trusted Rolleiflex TTL camera. I’ve had it since the early 90s and it just never stops working. It’s built like a tank, and the optics are incredible. If I had the choice of keeping one camera, that would be the one.