With her zine, Sick, Pippa Healy turns a physical reaction to a terror attack into an examination of grief & trauma 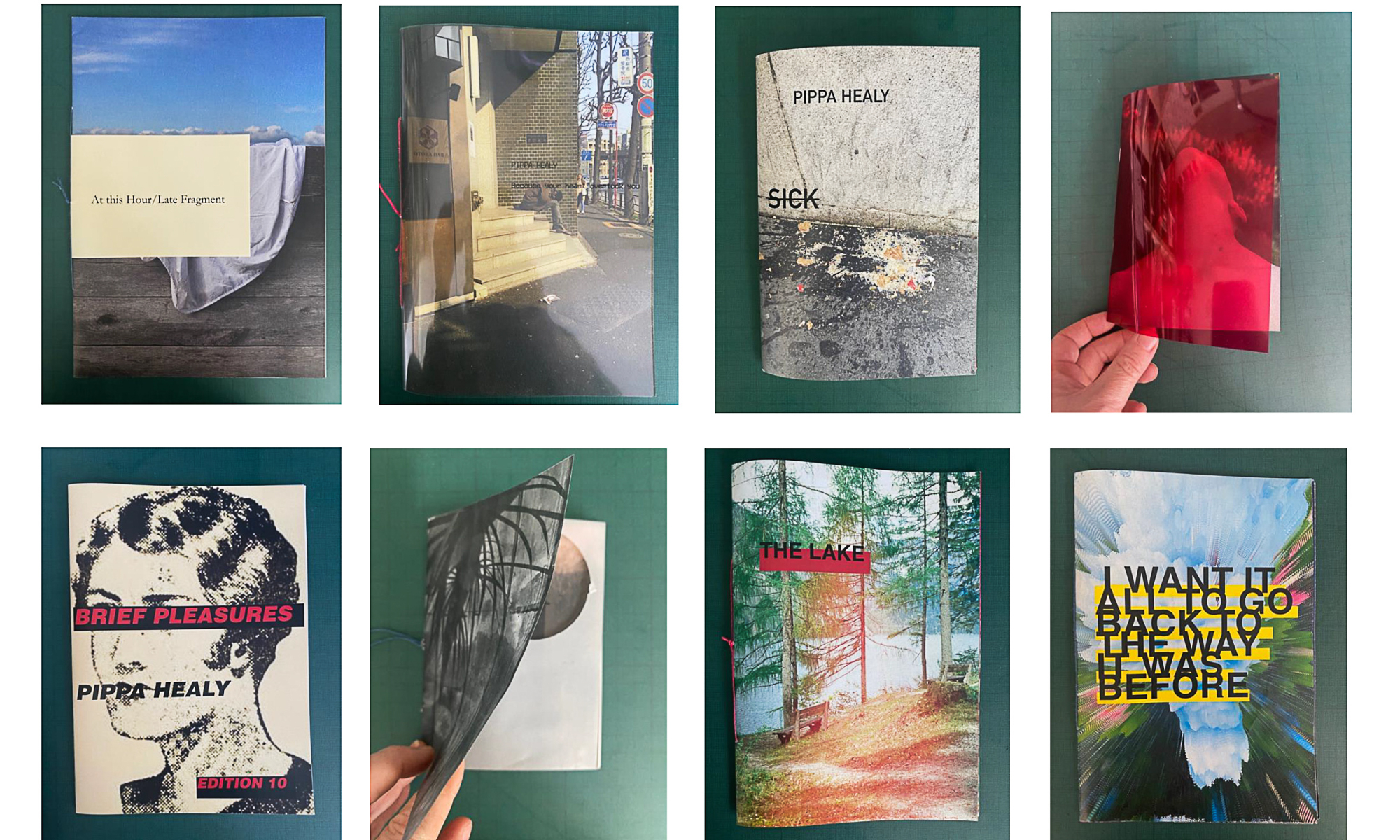 More from our month long feature on self publishing photobooks & zines, including new books from Homer Sykes & Brian Griffin.

Pippa Healy is a London based artist whose work encompasses photography, print making and self-publishing zines. Following a career as a TV director and journalist, Pippa studied photography at Central St Martins, then completed an MA, with distinction at Westminster University. Expanding her artistic practice Pippa was awarded a distinction in MA Printmaking at Camberwell College of Art.

As part of her practice, which often deals with loss and grief, Pippa has produced and self-published several zines which have been widely exhibited. They’re on sale in the Photographers Gallery in London, Cent Quatre in Paris and the Library Project in Dublin. They’re also held at the Martin Parr Foundation in Bristol

Pippa’s zine, ‘Sick’ is now in its second edition and her latest publication “I want it all to go back to the way it was before” is released this month.

How did you start publishing zines?

I did a course at the V&A with Paula Roush who runs her own studio and press. She taught me to make my first zine which was actually was a mash up of two projects in one book, and I found that to be a really interesting way of working. I was also very interested in in skateboarding culture and music and zines are a big part of that scene.

I felt that if I could make something small, that I could distribute and allow me to show people my work, then that would be the ideal way of doing it. I wasn’t hung up on selling my work for £100’s, I just wanted something small that you can give to people, they can put it in their bag and is cheap.

How do you distribute them?

I enter them for competitions, exhibitions and shows and they’ve been sold at Arles by Polycopies. In London I went to the Photographers’ Gallery Bookshop and asked if they’d stock them, and they said yes, and they now stock all my zines. They’re also stocked by the Library Project in Dublin. 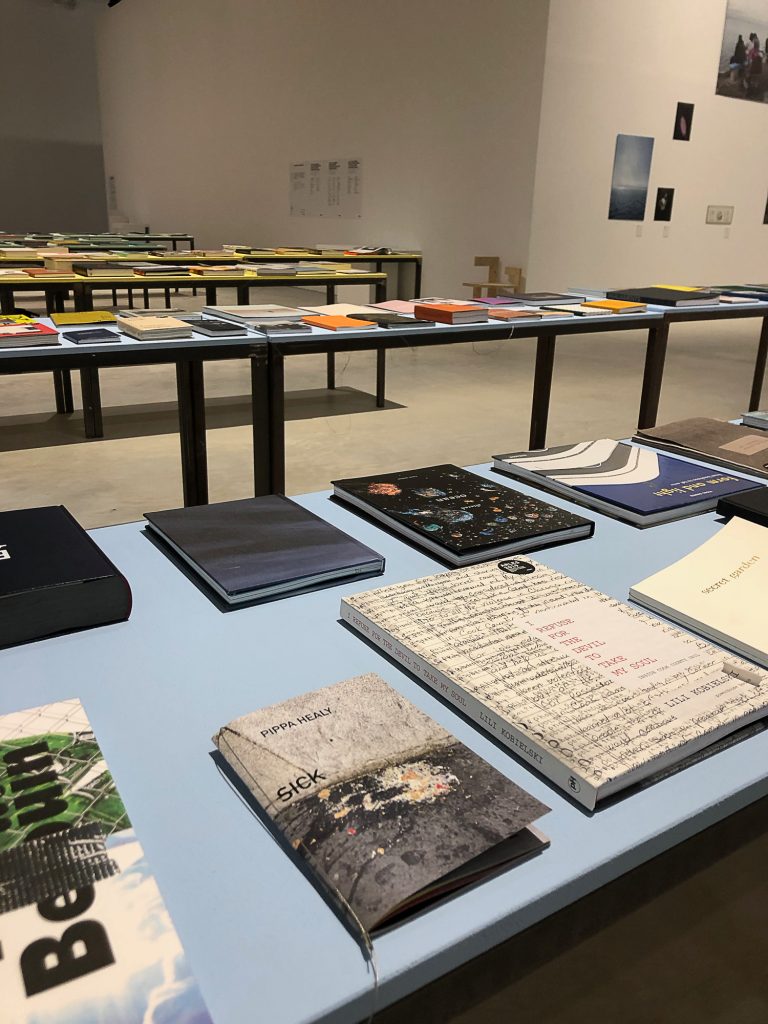 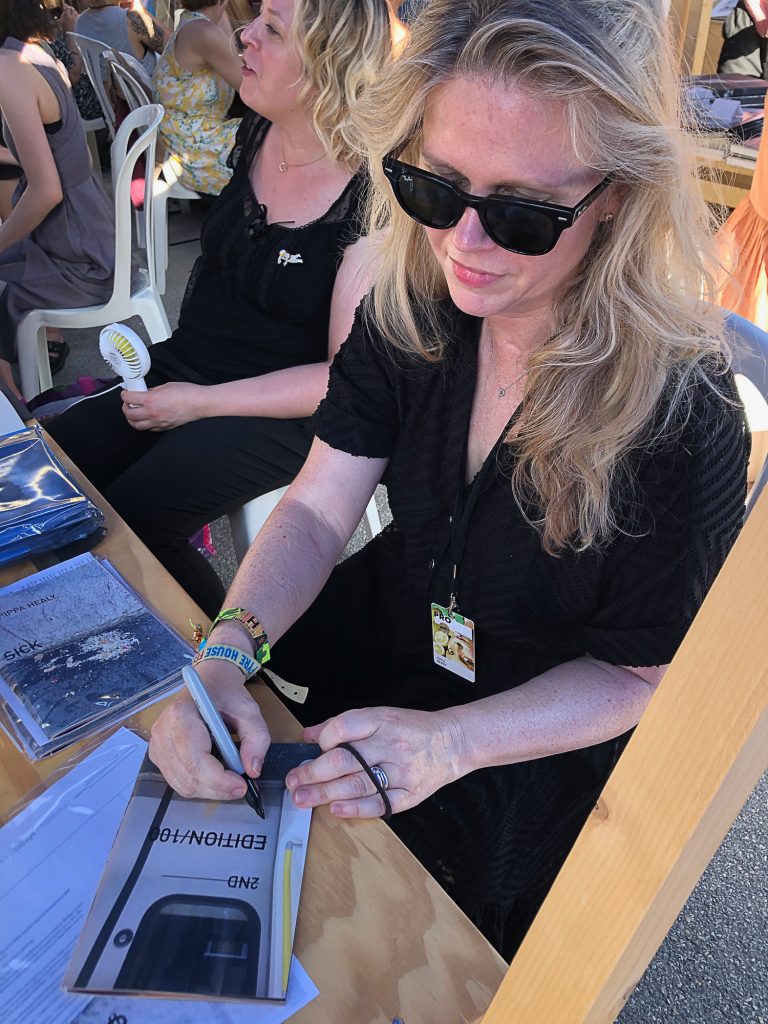 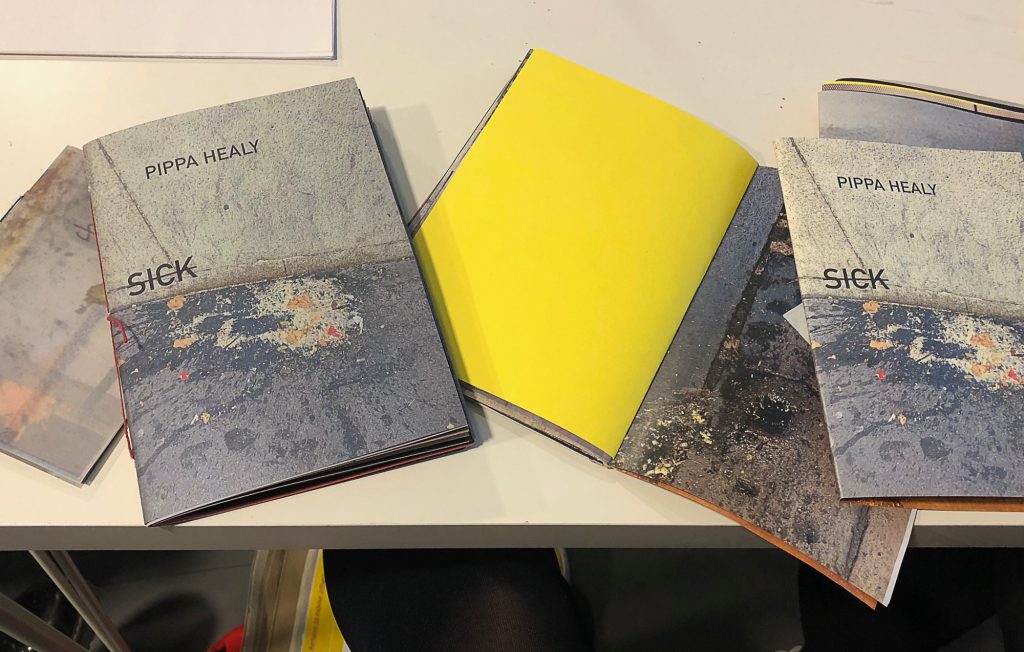 How did your zine ‘Sick’ come about?

In June 2017 I was walking over London Bridge to get the train back home, and as I walked over the bridge, I witnessed the immediate aftermaath of what I iniitally thought was a traffic accident. There were people on the ground, very hurt and there were no emergency services yet.

I posted on Facebook, saying I’m on London Bridge, many people are hurt. I’m here. Then I started getting all these messages from news agencies and people saying, can you please send us your photographs from the scene. I’d taken one blurry picture on my phone but I couldn’t take a picture of someone dying on the bridge and I actually helped a guy who’d been hit by the van and he was covered in blood, so I wasn’t in journalistic mode.

I had the whole big trauma from what happened on the bridge but I also had a crisis of confidence, like am I really a photographer? How can I call myself a photographer, if I didn’t take a picture?

Two days later I went back to the bridge with my big camera. And the first thing I saw on the bridge was vomit, and on the night of the attack, I had vomited too. So I took a picture of this and my camera became like a therapy: I thought if I take these pictures on the bridge, I can somehow get my photographic life back.

Then the next week there was the Manchester Arena bombing and London was full of flowers to mark the two attacks. And so every time I looked at flowers I also saw sick and for me it became a kind of symbol or physical embodiment of grief.

Over the next 6 months it became a project. 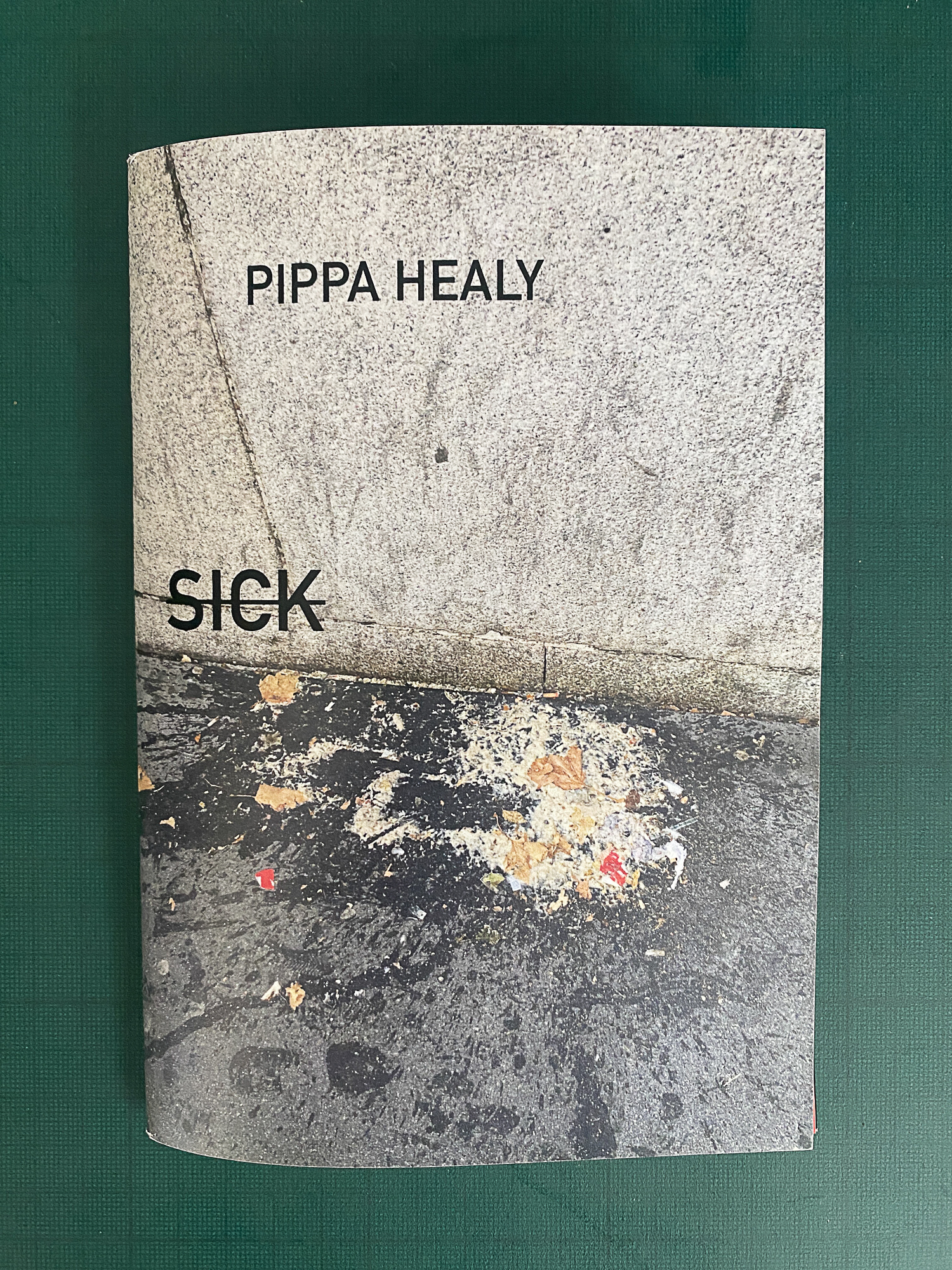 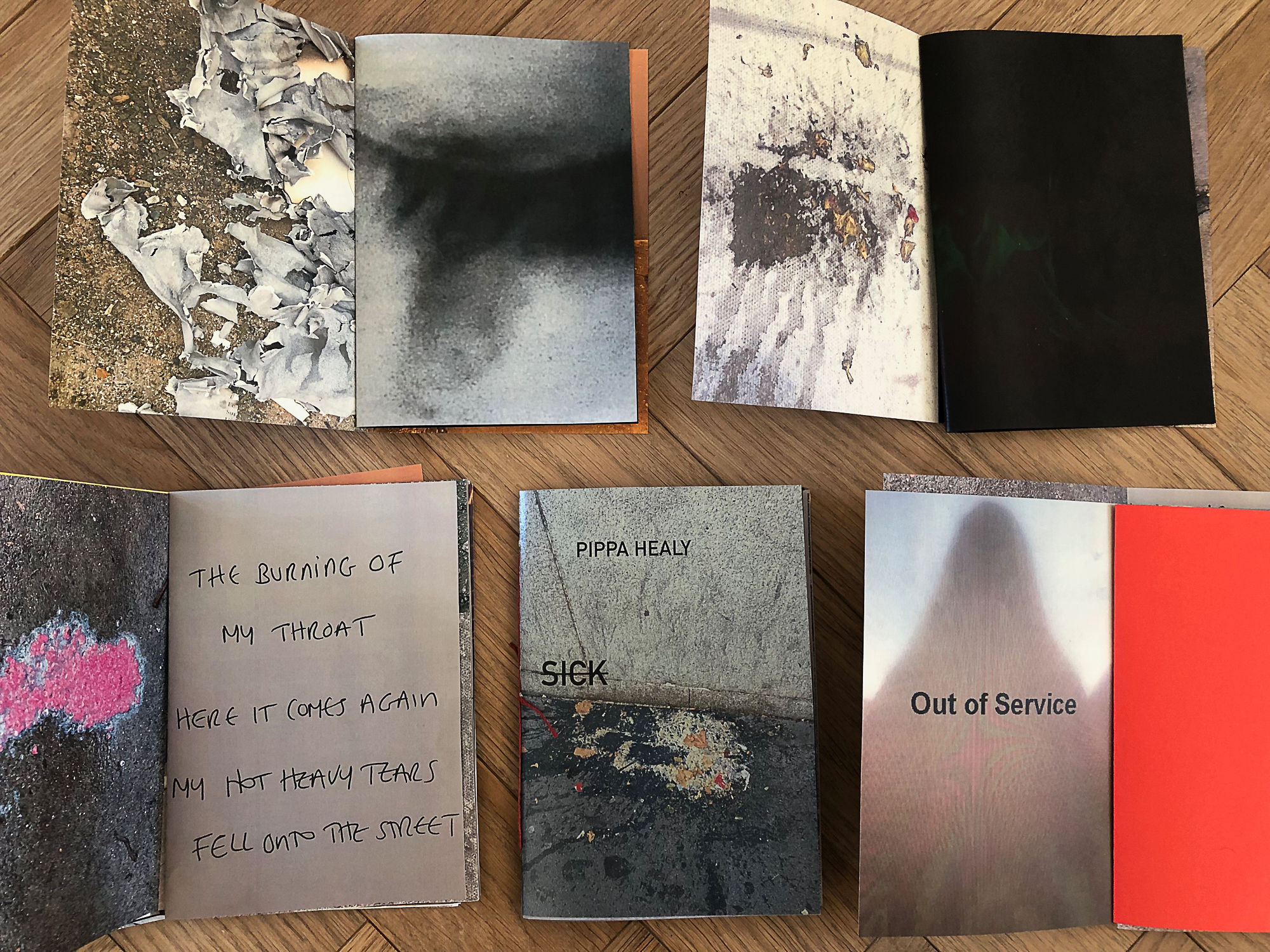 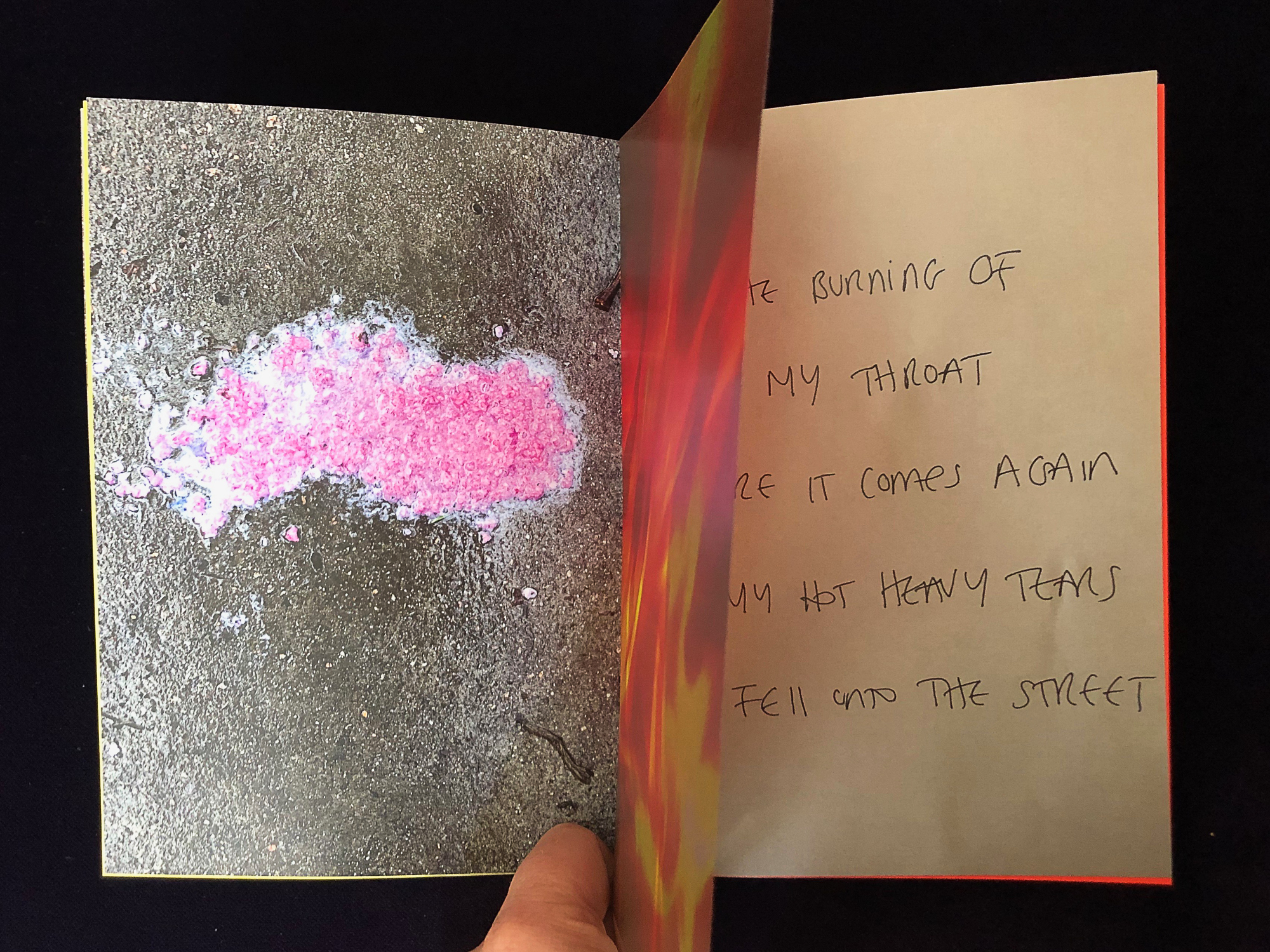 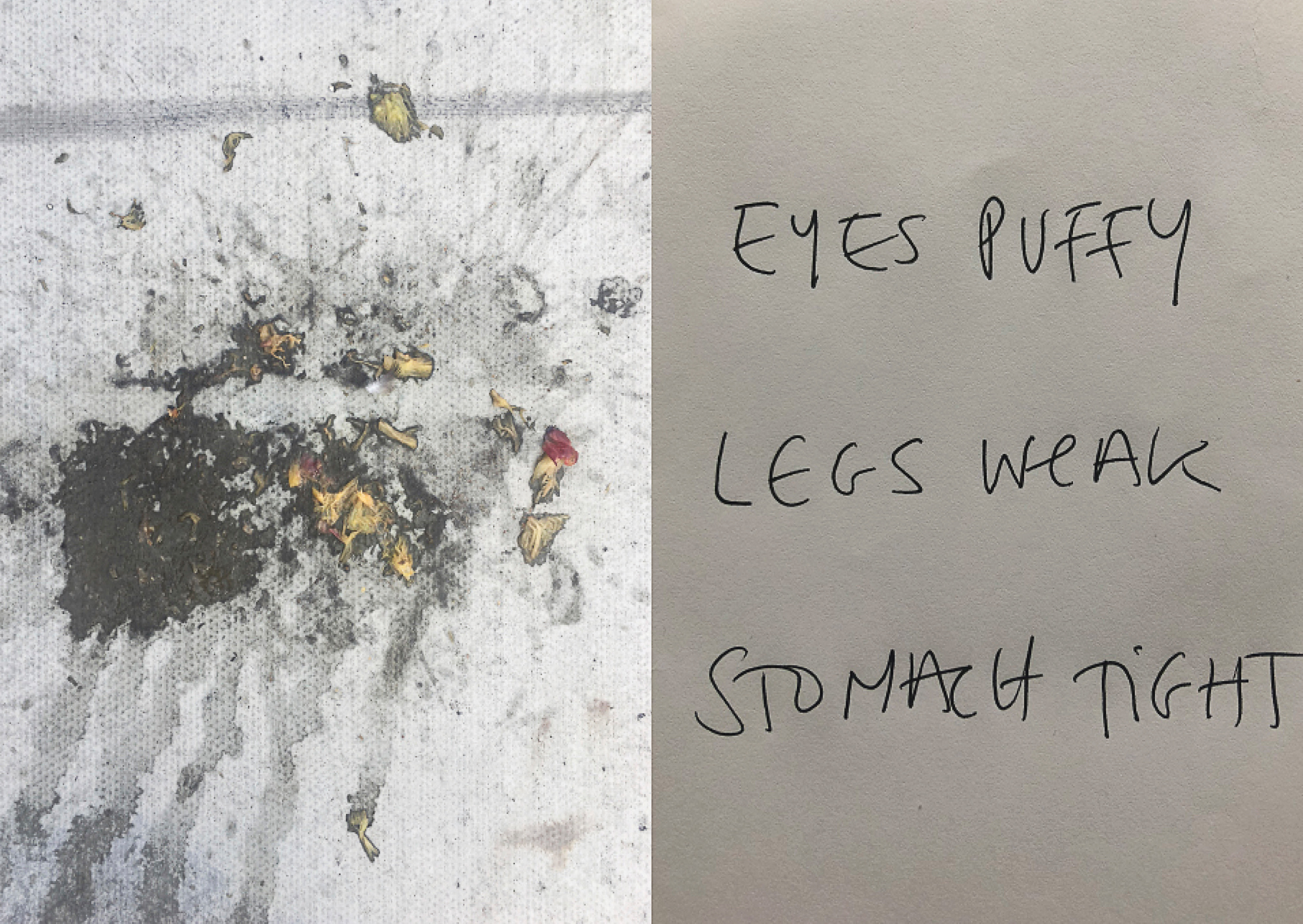 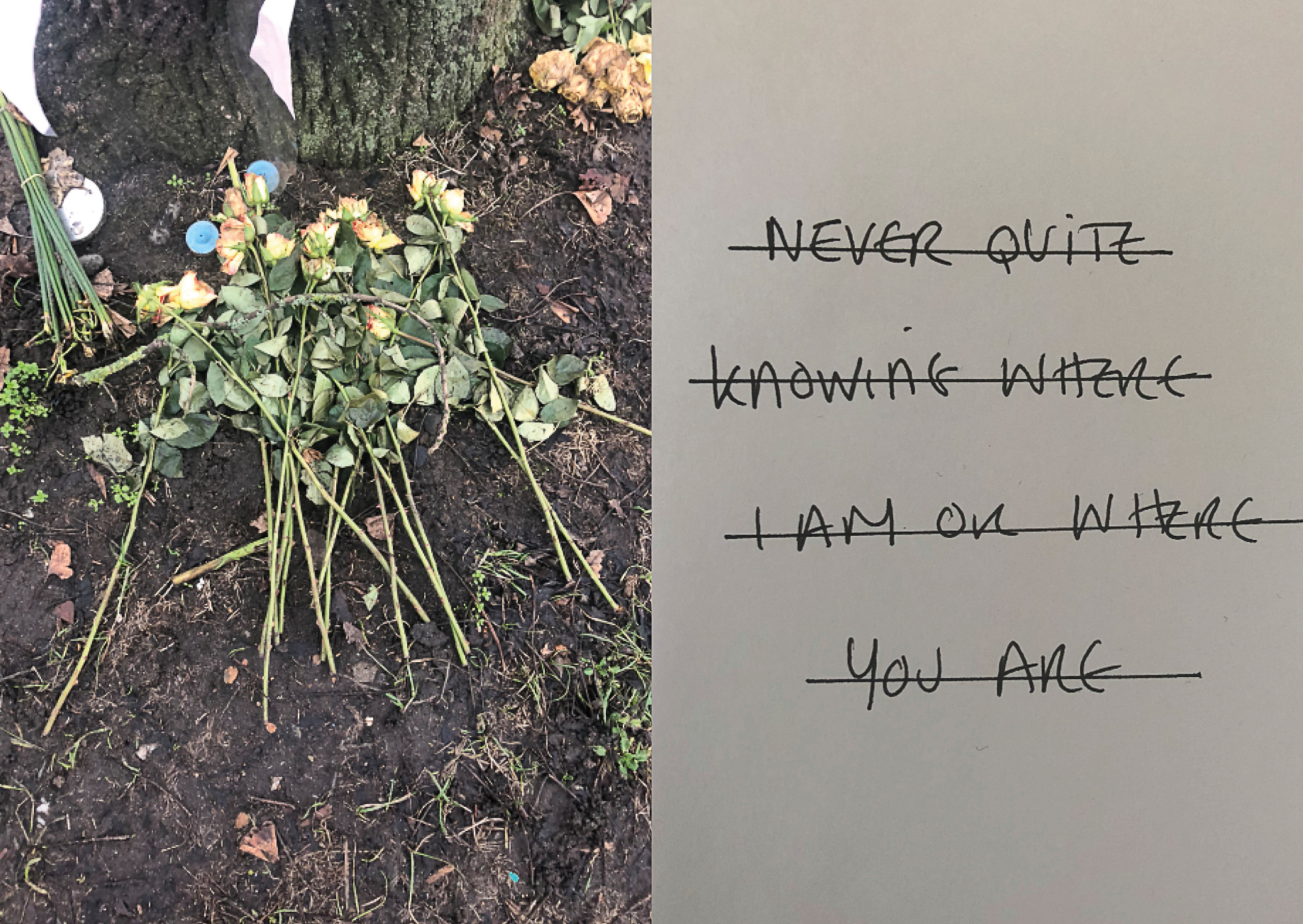 How do you put your zines together?

I gather all my images and print them out as small proofs, then I lay them out on the floor and start to make a selection, to see what works together. Then I work with InDesign to lay out pages and print them. It’s a bit stressful because you end up printing things out upside down or back to front. I’ll print the pages out several times and I’ll fold them into shape, so you start getting the booklet and start seeing how they work together. Because sometimes they can work well on the screen and then when you look at it on paper, it doesn’t work. So you have to physically keep printing it out. I’ll probably make at least 3 different dummies, and I’ll leave them for a while and then come back to them, take another look and make changes before I start printing the finished zine.

How many do you do at a time?

The first zine was 50 copies and then it went to 100, and I don’t think I’d ever do more than that because I like them being a small edition. When they’re gone they’re gone. And there’s something very nice about that, that it’s gone out into the world.

Are you’re going to stay with the same format or are you going to move into larger photo books?

I’m going to stay with the zines because a zine is its own thing, its own culture, and photo books are something very different., I’m more into the culture of the zine and why I’m making it because I love zines.And I love what they represent, it has no ego and your work can sit alongside something by a 13 year old boy who loves skateboarding. I just love the range of people who make zines. 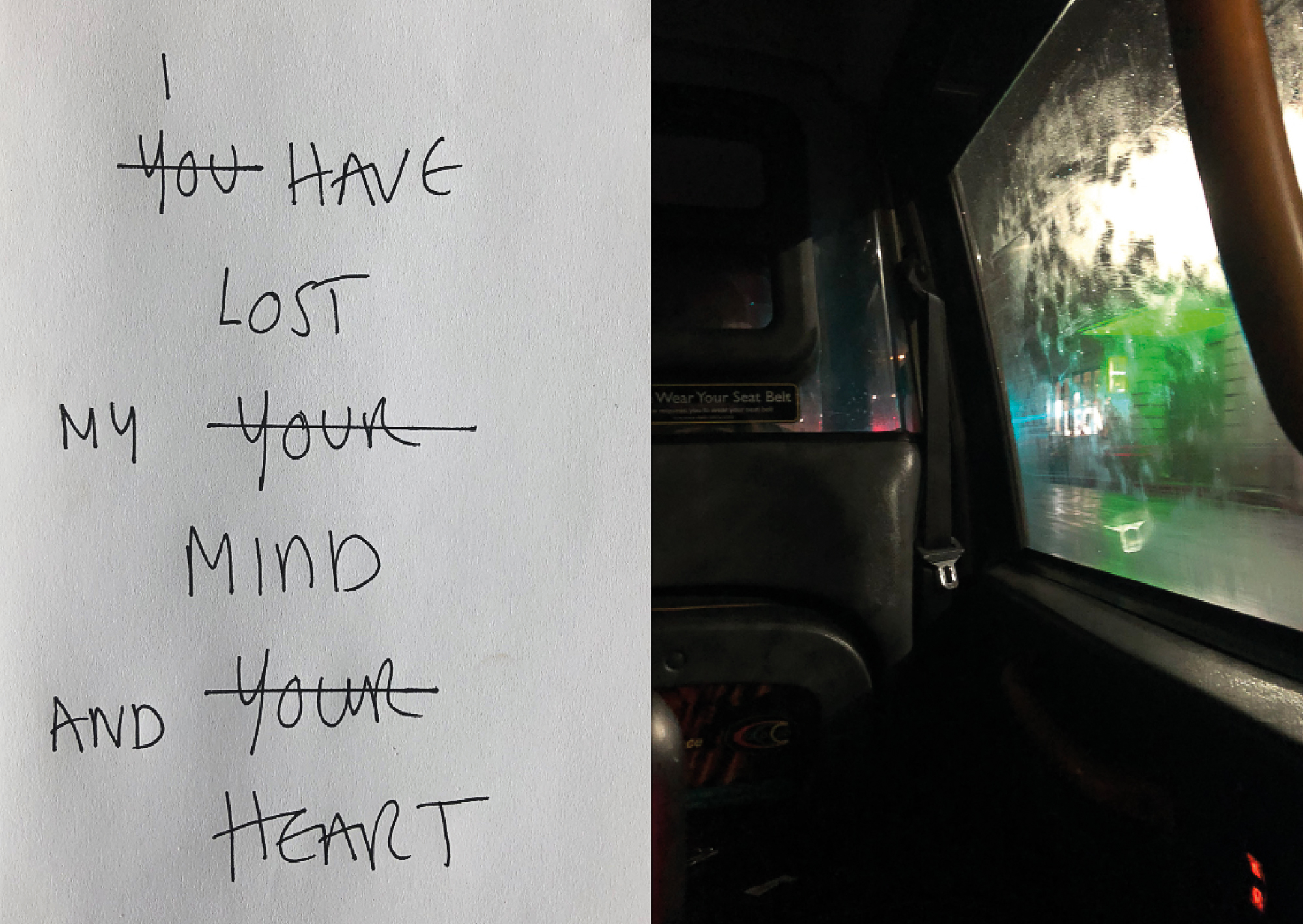 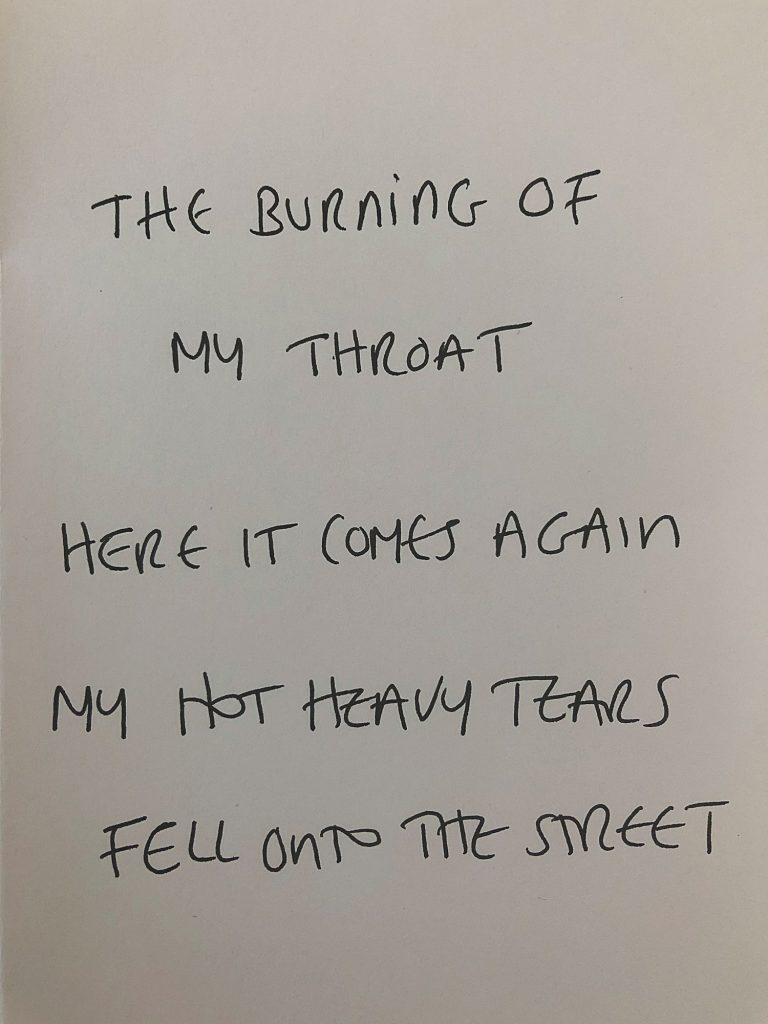