Childhood memories & a technique of creative destruction have resulted in a beautiful new photobook for Polaroid photographer Naomi James. 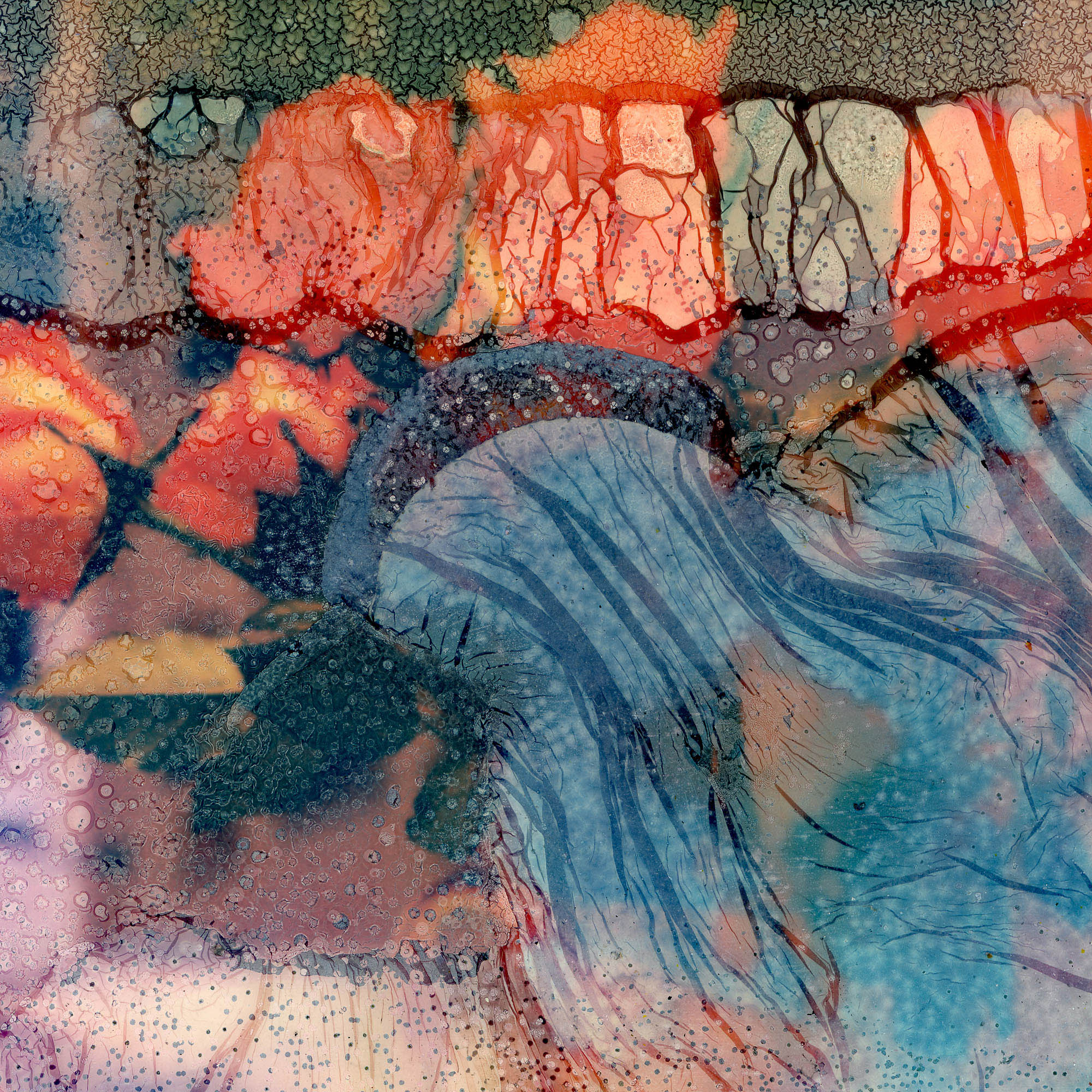 Most photographers have an origin story, perhaps a moment that turned them onto photography or the gift of a camera that sparked a life long obsession.

Naomi James traces hers back to her father. “My dad was a photographer, he’d come home from work and he’d be covered in those purple chemical stains, and I just had a very romantic vision of what his work must have been like.”

“It takes me back to when I was a child when you’d send your films in to be developed. Getting them back would always be a surprise because you’d waited so long.”

It was an impulse buy, again inspired by a family member, that led to Naomi’s creative breakthrough. “We’ve got a few charity shops on our high street and I saw a Polaroid camera and I remembered that my sister had been given one as a child, so I just bought it.” That initial purchase led to an SX70, “it was like a love affair and suddenly I was doing a lot of Polaroid work. But the thing with Polaroids is that you don’t always know what you’re getting. You can take two pictures and they won’t look the same, you can’t reproduce it.”

As she explored the medium, Naomi realised that she was creating “an awful lot of rejects that all ended up in a box.” It was the UK’s Covid lockdowns that gave her the impetus to experiment on them by trying a new technique. Realising that she was unable to get out and make new work but that she had a whole box of rejects, Naomi gathered a batch of household chemicals – bleach, toilet cleaner etc – and began the process of Polaroid decay.

“Polaroid decay involves submerging the image in chemicals that eventually seep in and start to dissolve the dyes, stretching the image itself and altering the colours.” And just like the film process itself, it’s the unknown outcome that fascinates her, “If they’re left long enough the image becomes unrecognisable from what you started with: they can be beautiful abstract images with a cellular, microscopic quality that look like a cross section of soil, or if they’re left longer they can disintegrate into something that looks like a soggy lump of mucus.” 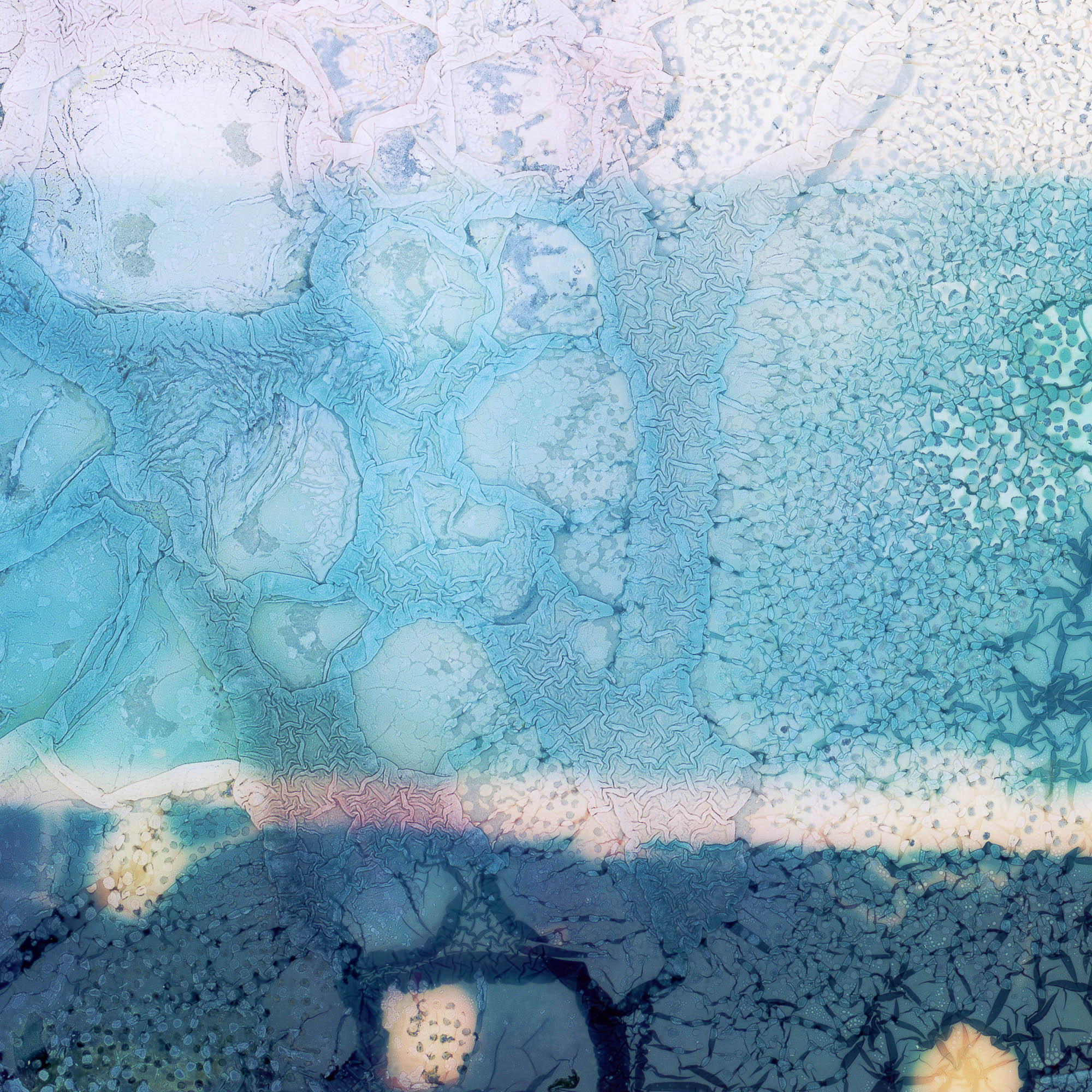 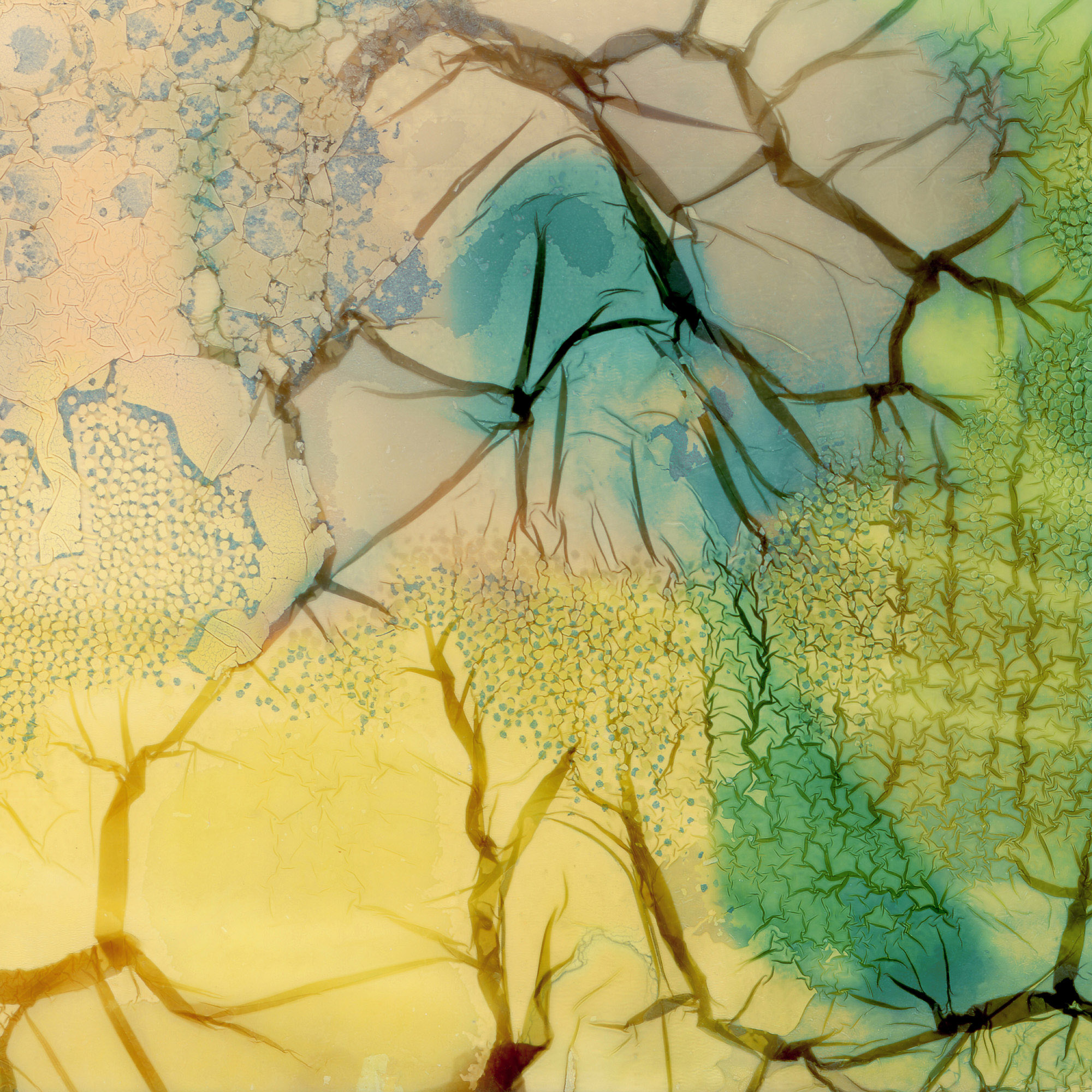 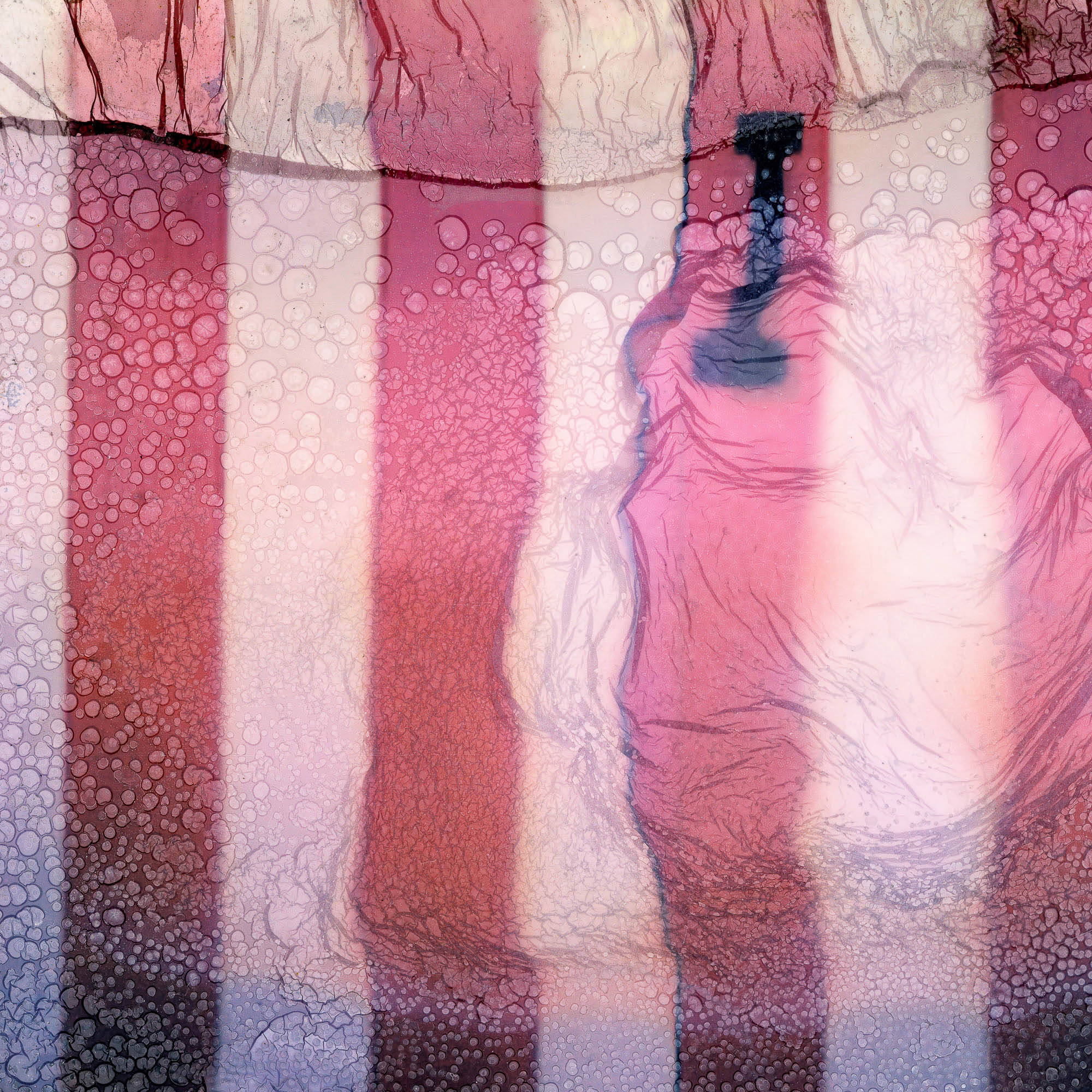 Sign up to our monthly newsletter for new projects.

As lockdowns alternated with periods of relative freedom of movement, Naomi began to shoot with the intention of subjecting the Polaroids to destructive decay, shooting images that responded to the changing situation. A staycation in Norfolk resulted in a series of pictures that she felt reflected the new reality. “I was taking pictures of beach huts, that seemed to reflect the times that we wre all locked in our small houses, whilst the wide expanse of beach and sea was like the freedom that we once had and hoped to experience again. Then I was containing the pictures in Tupperware containers, representing our incarceration.”

Polaroid decay is a process that can take weeks or months, so Naomi began to time the removal of pictures from the chemicals with the ending of the lockdowns, adding a temporal dimension to the breakdown and transformation of the images. By the end of the lockdowns, she had a body of work that reflected her experience of a period of change and uncertainty.

It was a new connection, formed at a course run by the South London based gallery that led to Naomi’s work being published. Also on the course was Wendy Aldis who’d successfully released her own photobook and had decided to launch a new imprint. “Wendy said to me, I’ve learned all these new skills and I want to put them to use, so she said she’d be interested in publishing my work.” 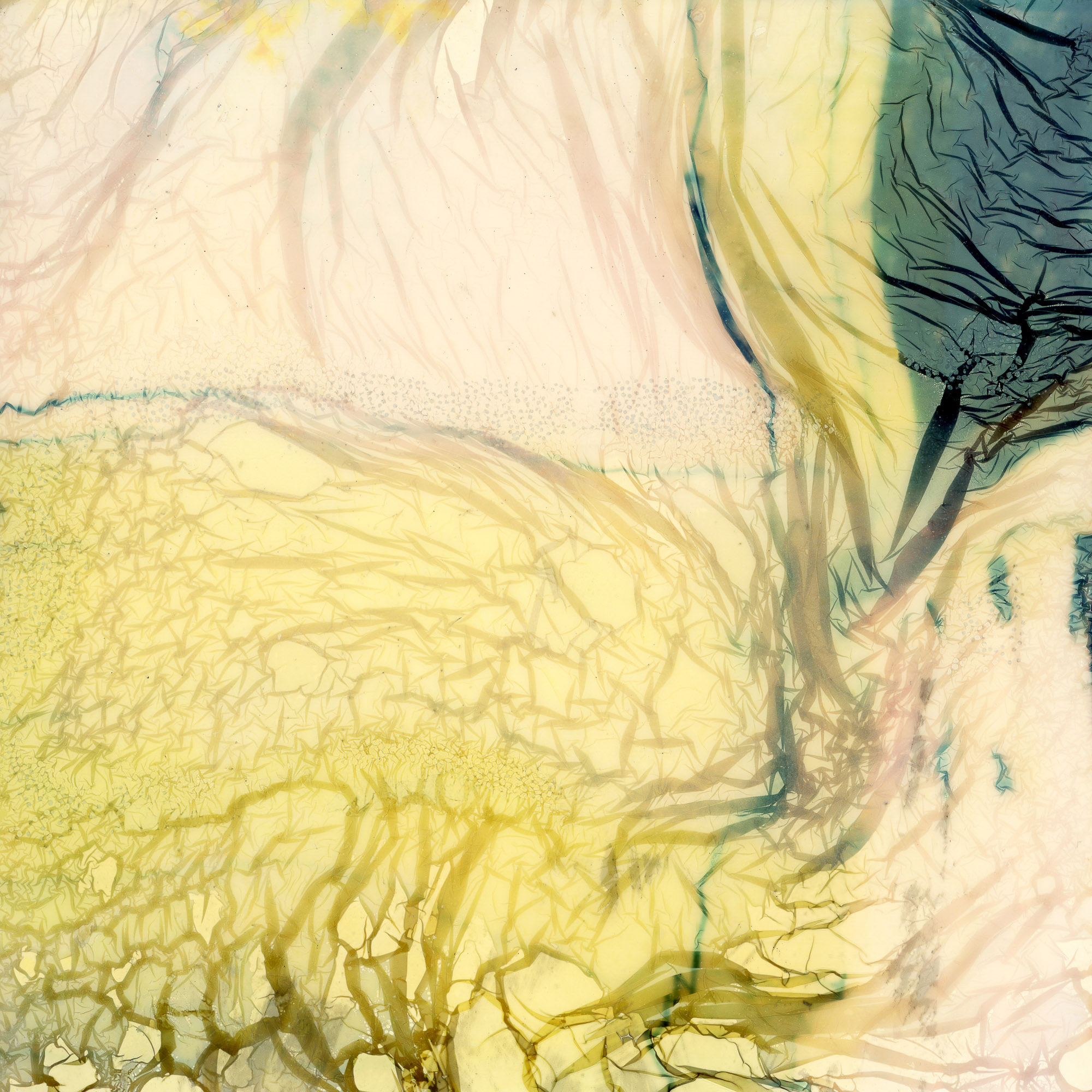 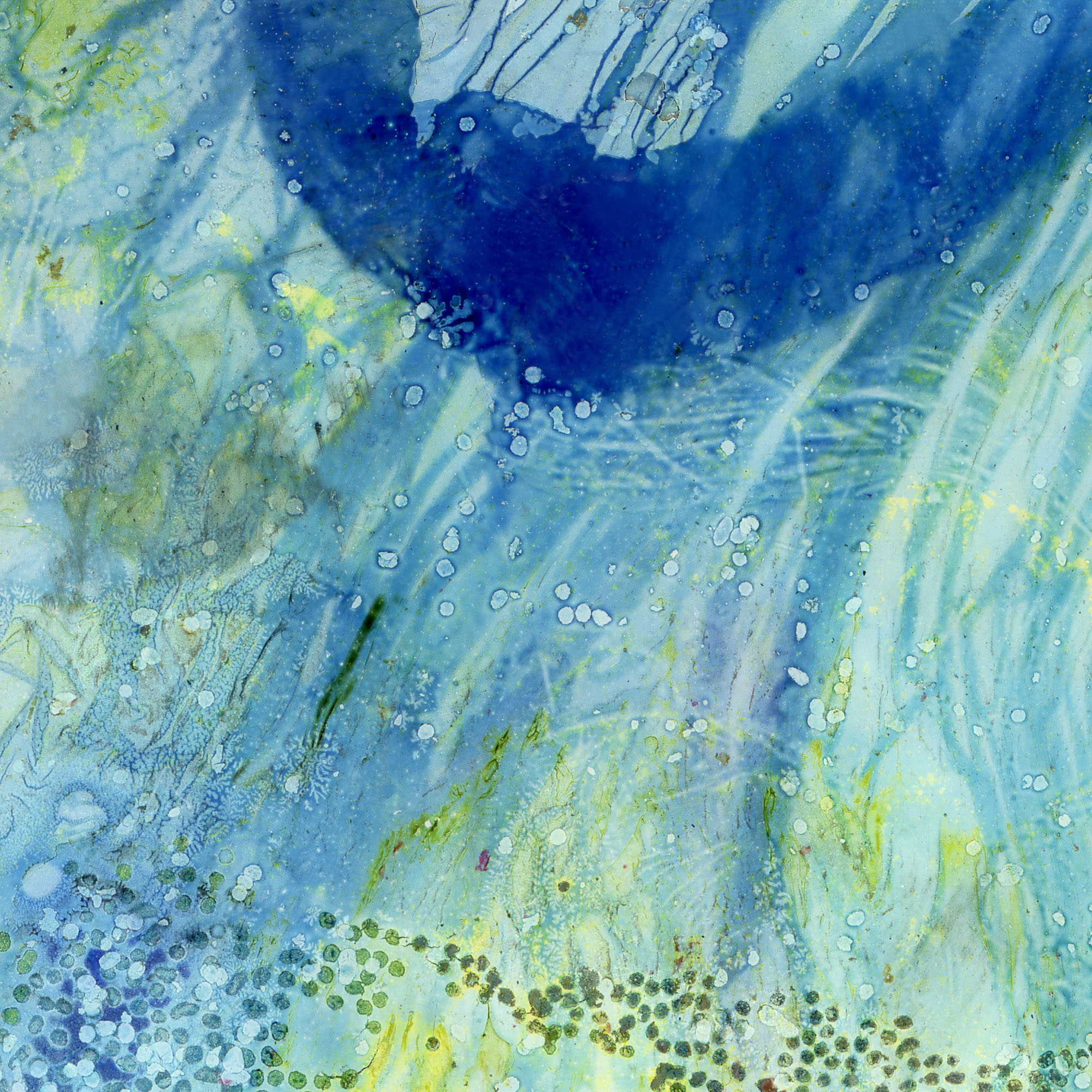 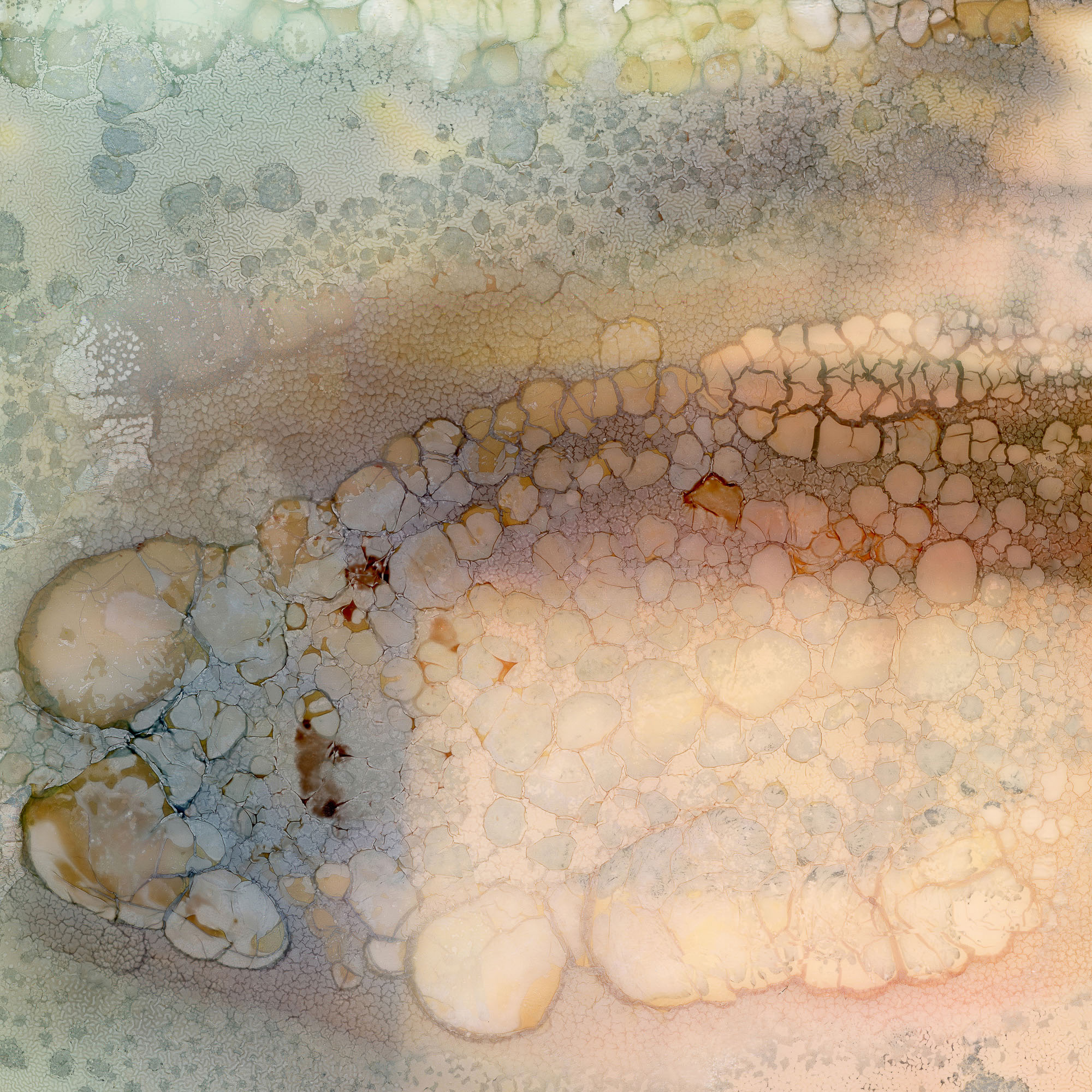 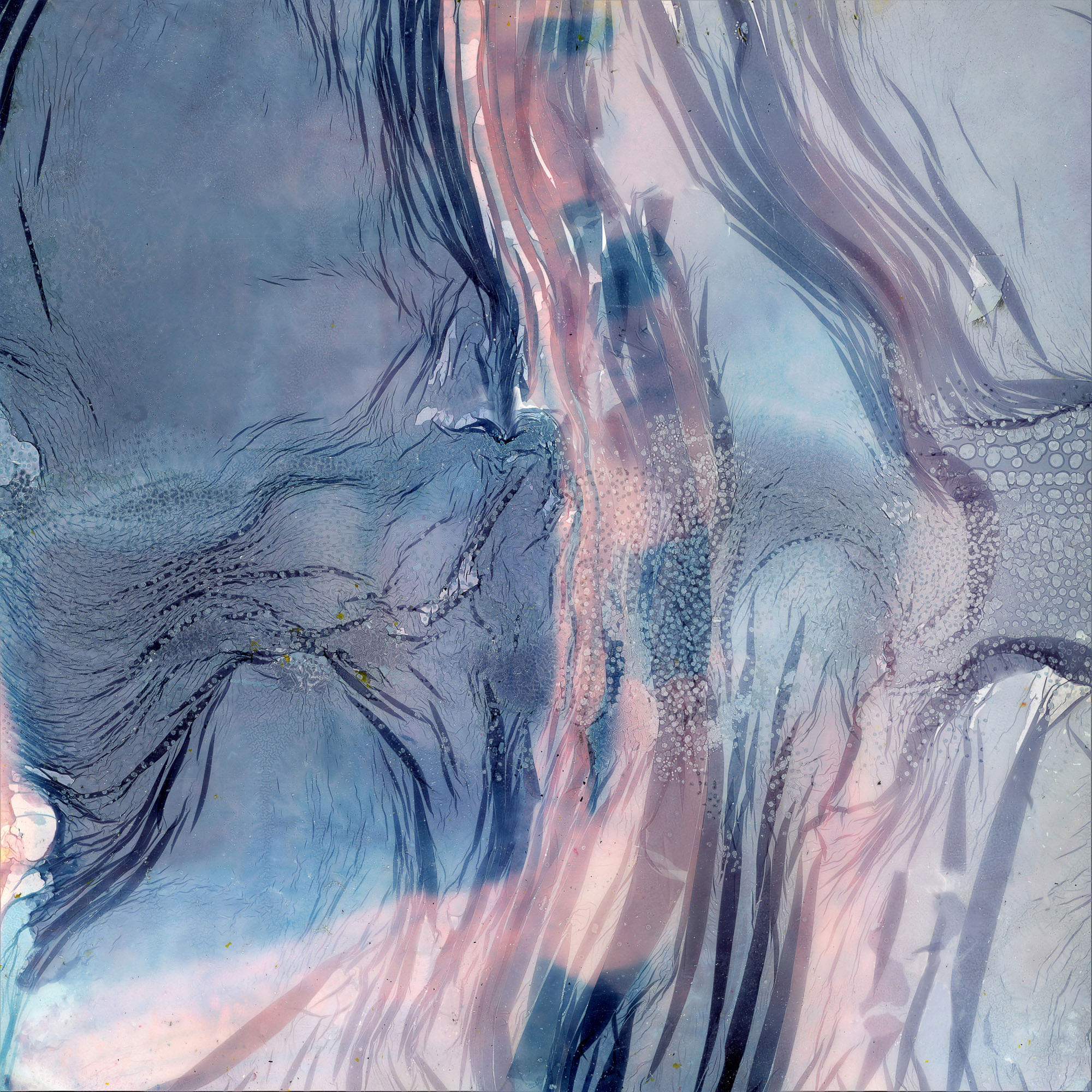 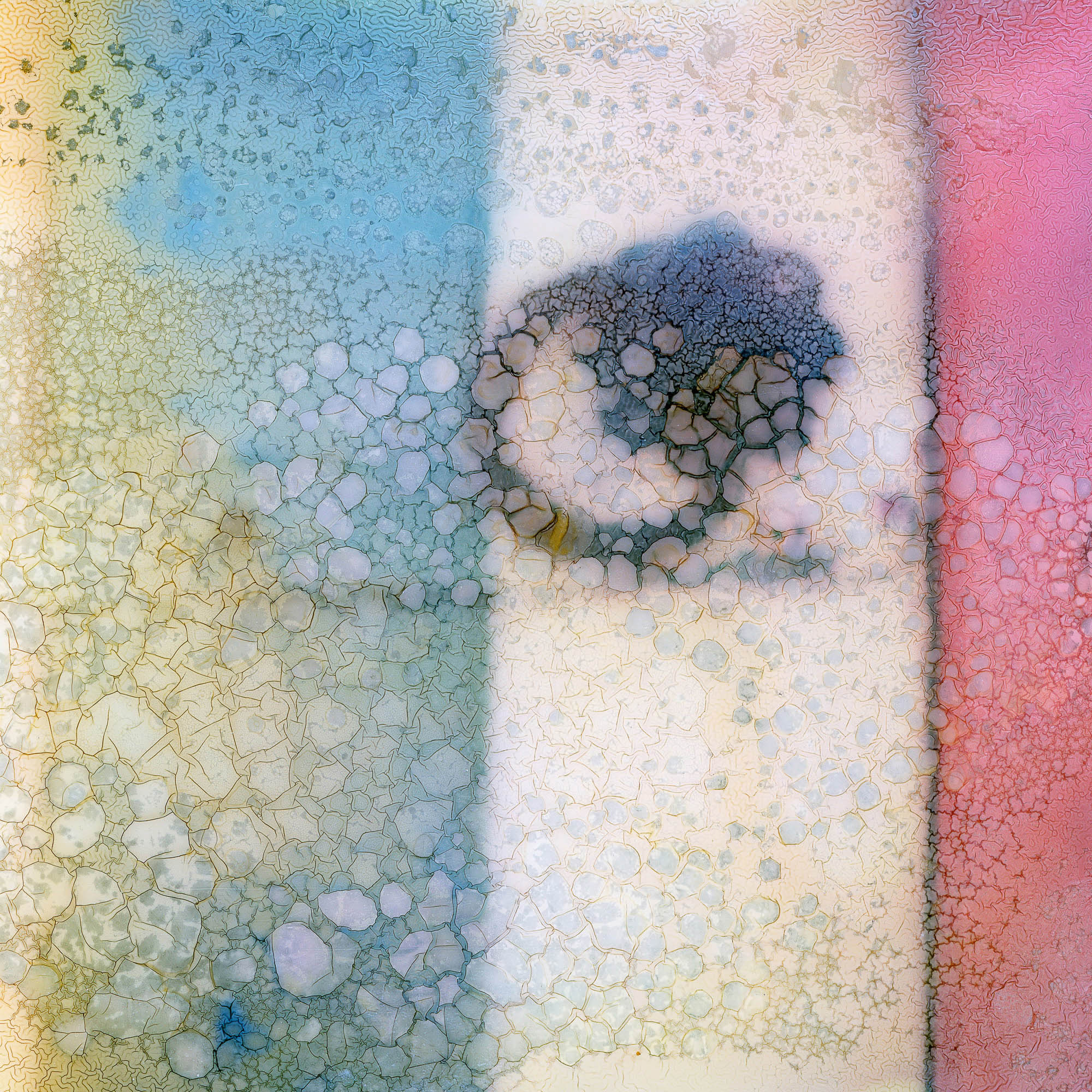 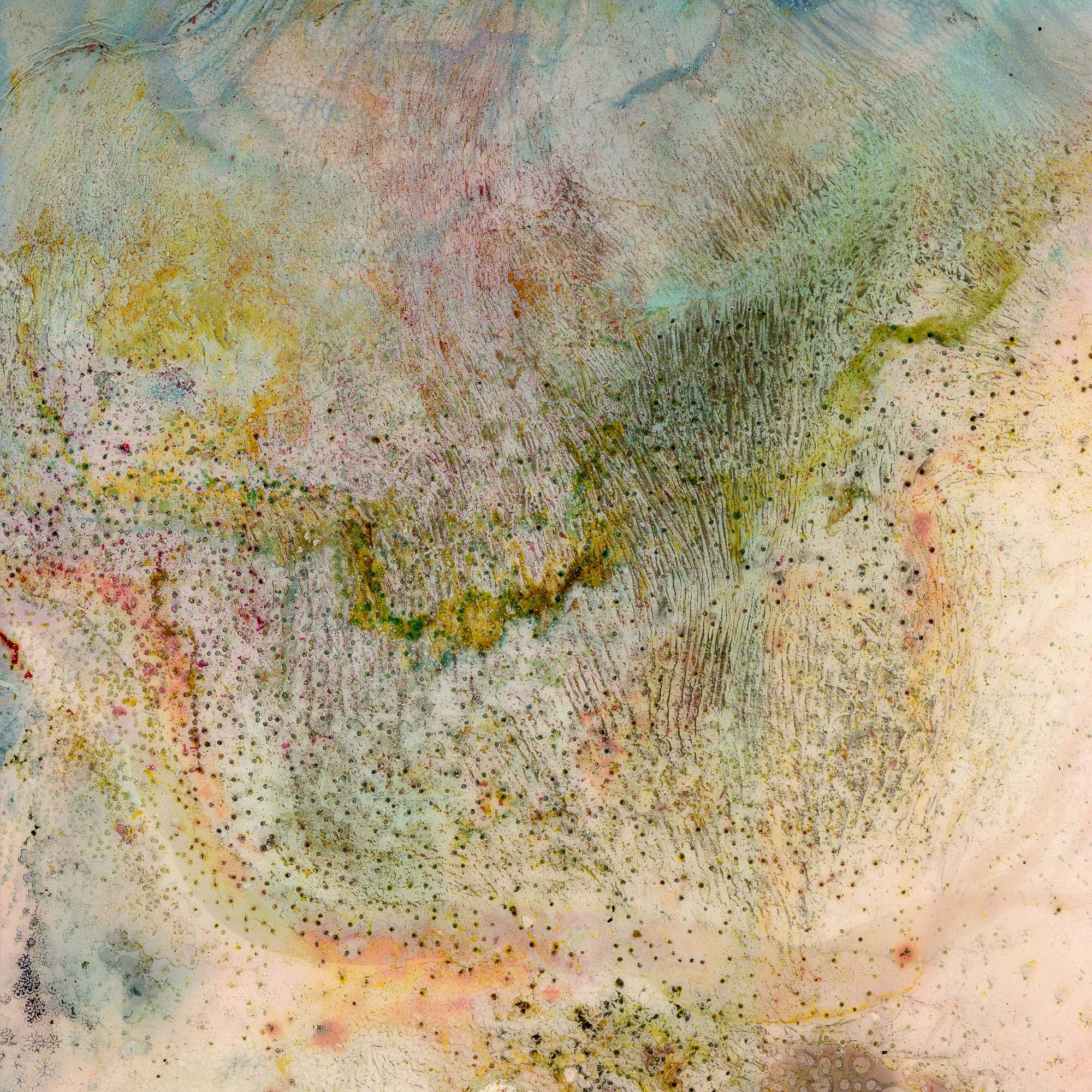 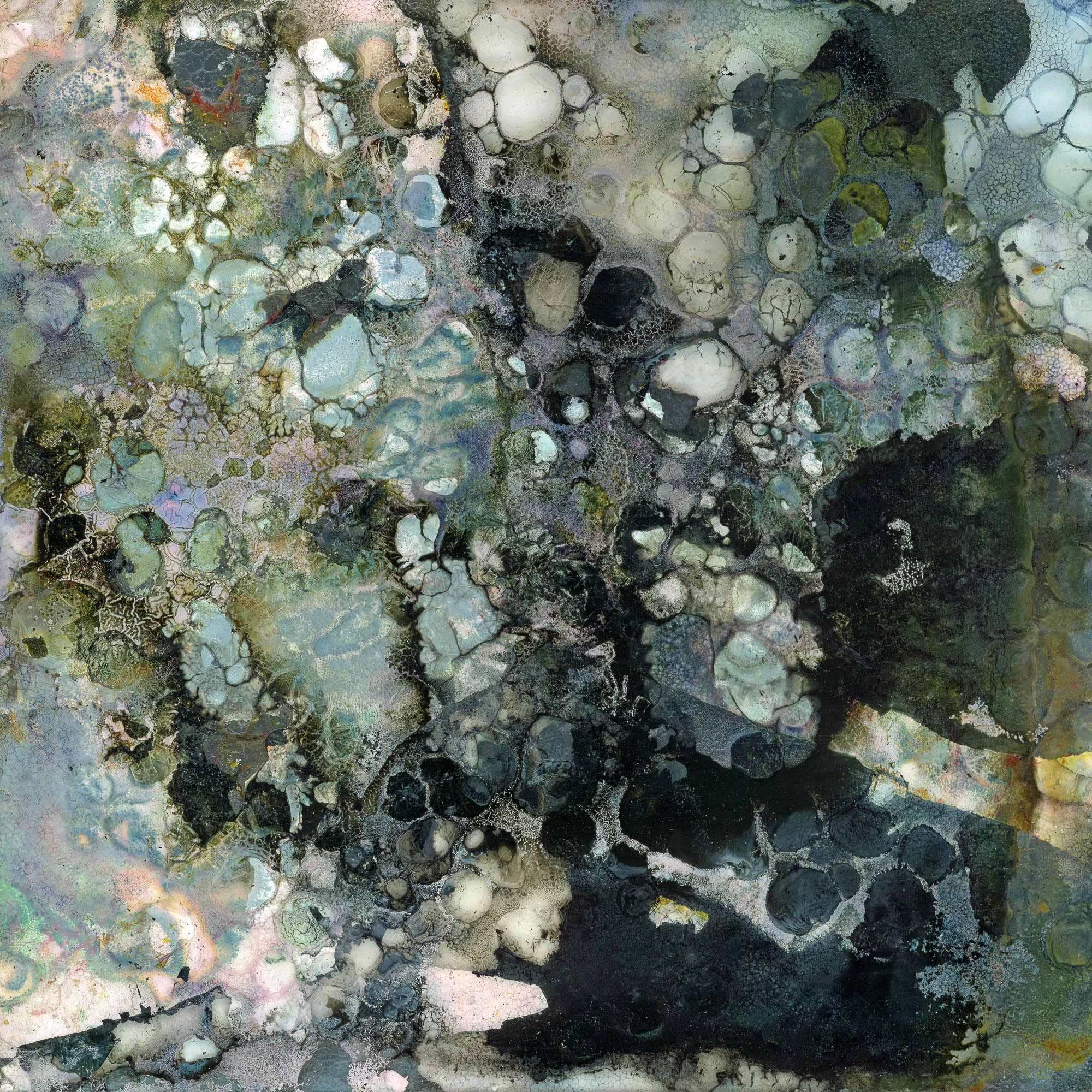 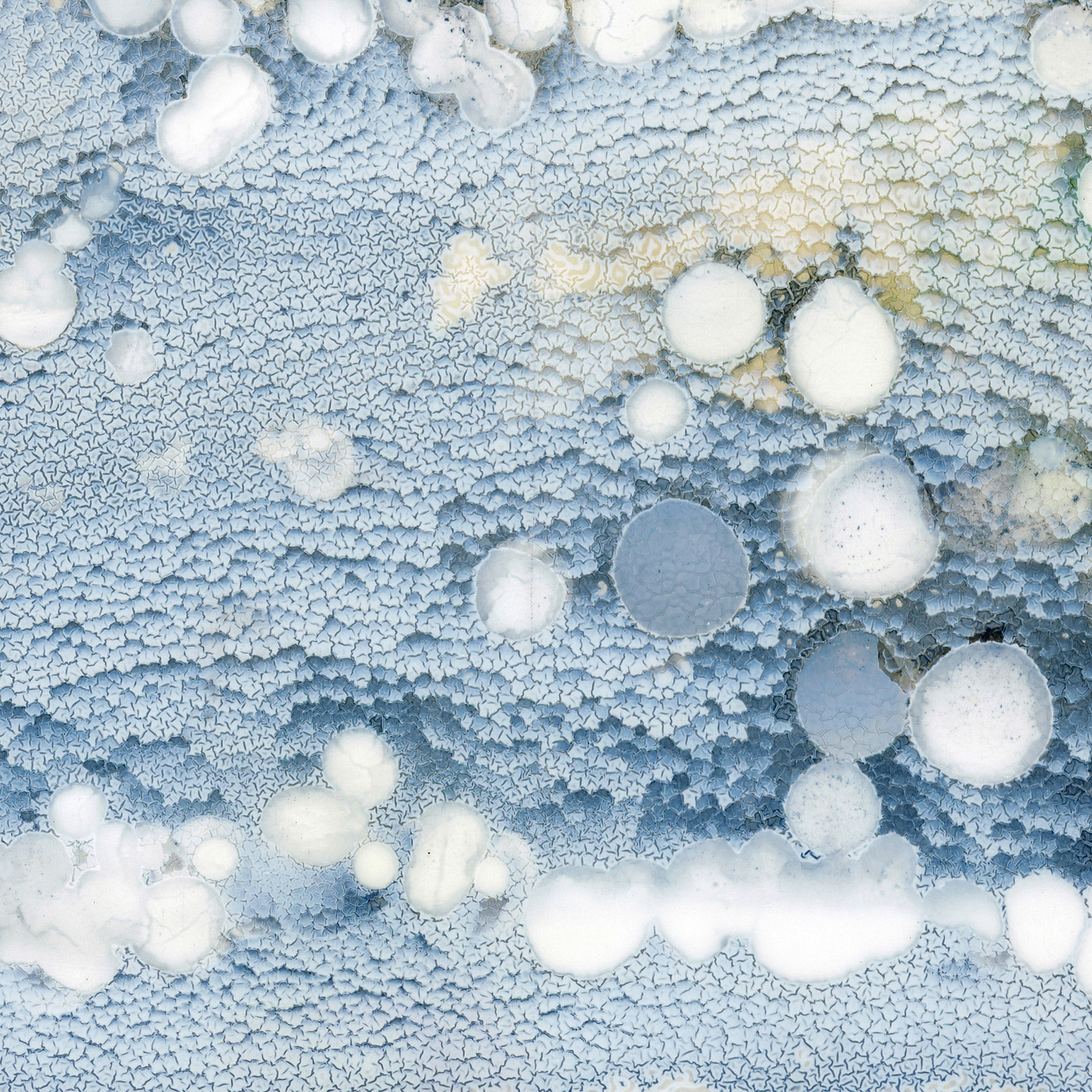 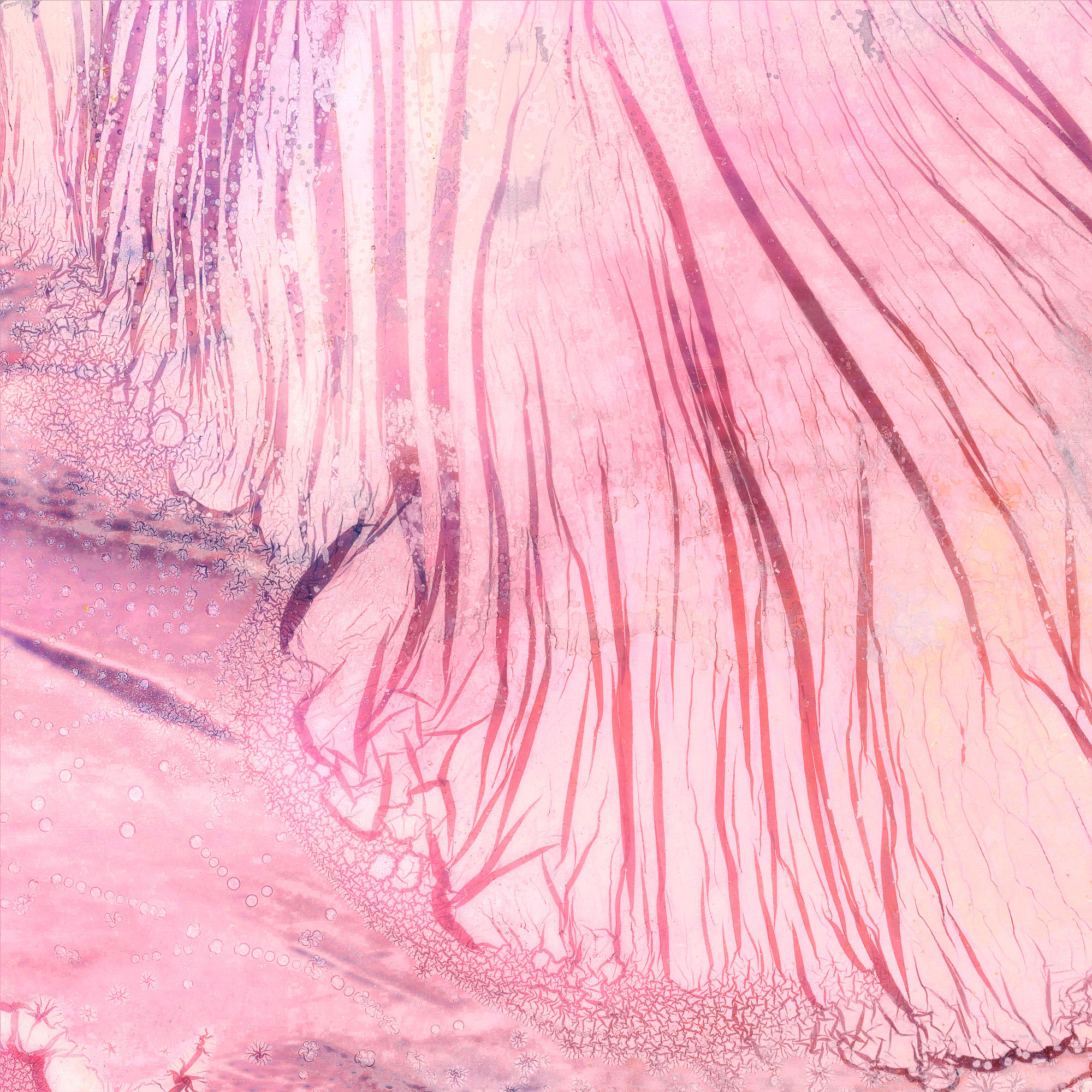 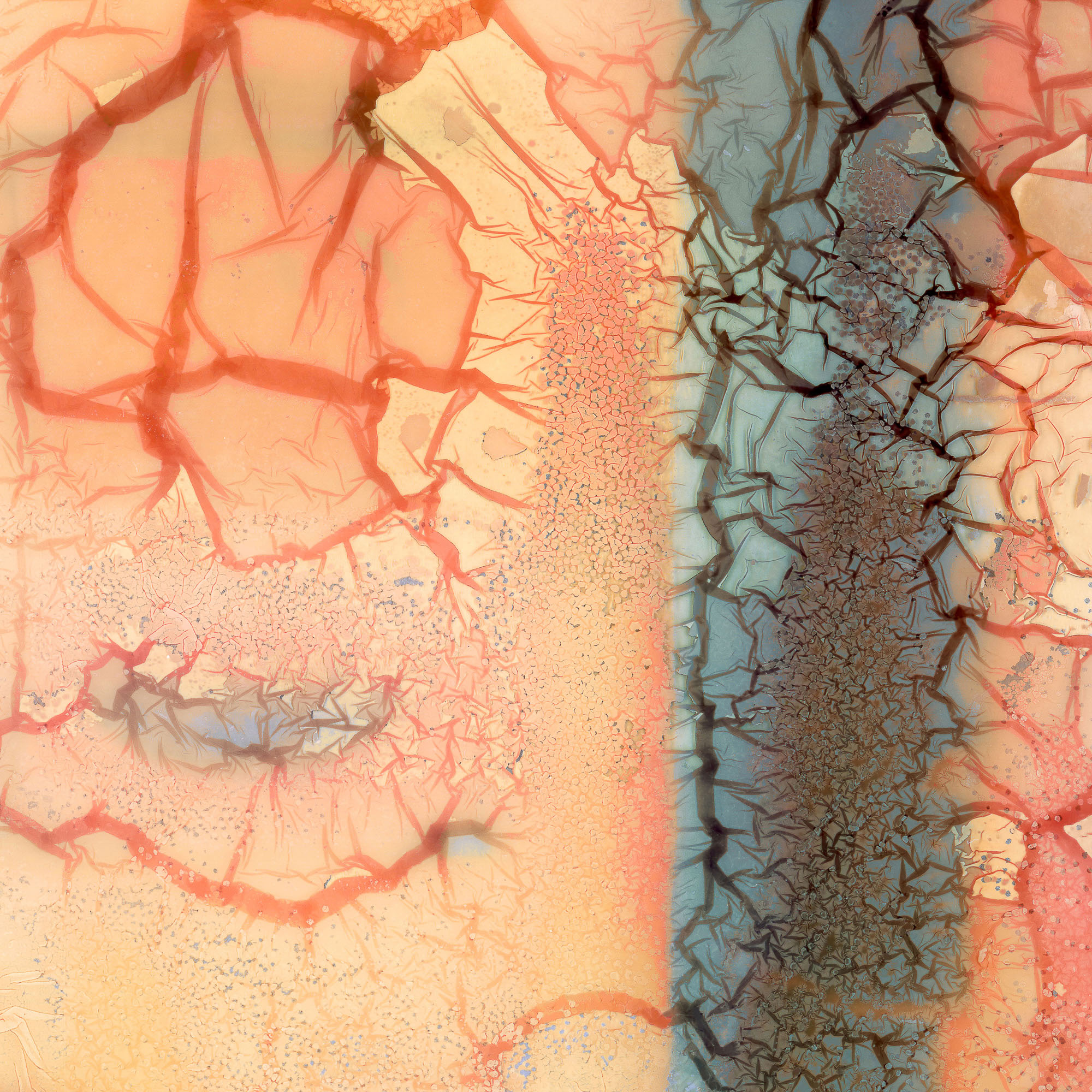