Years of engagement with historical archives has led to a Smithsonian artist fellowship for Vesna Pavlović. 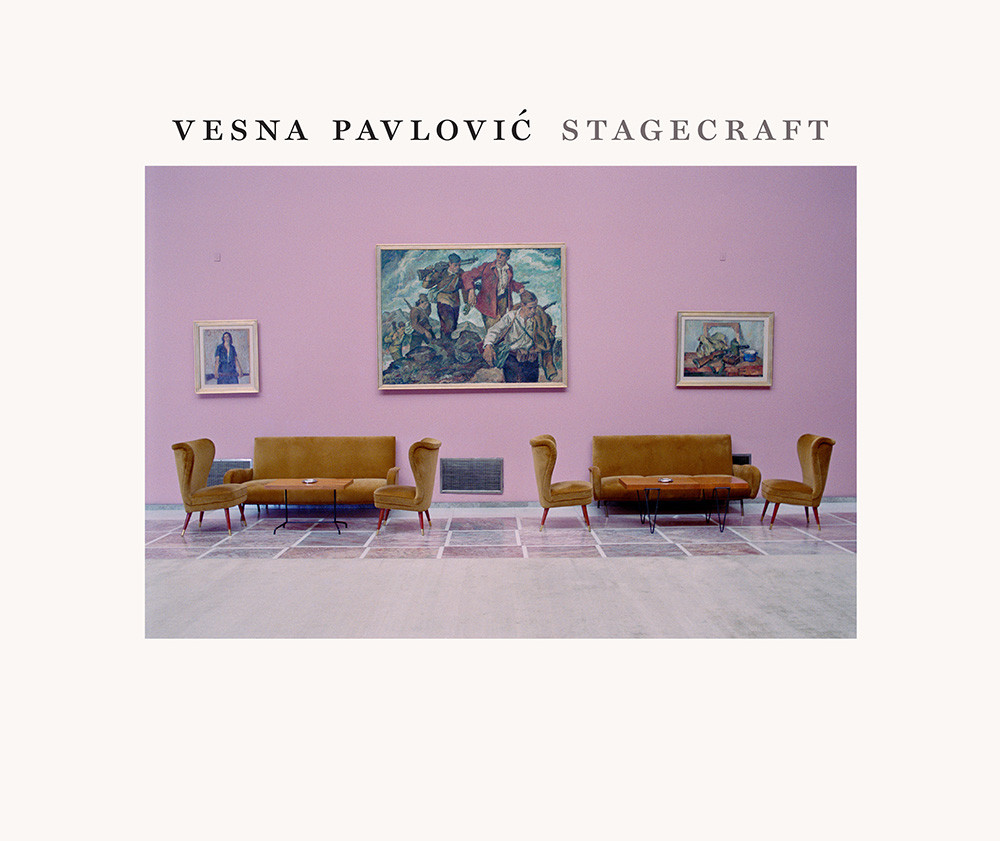 Vesna Pavlović is currently an Associate Professor of art at Vanderbilt University in Nashville, Tennessee.

Pavlović’s projects examine the relationship between memory in contemporary culture and the technologies of photographic image production. Her work has focused on historical archives from her earliest photographs in Belgrade to her current work with the Roberson Project on Slavery, Race and the Reconciliation group at the University of the South. Her projects have consistently underscored the meaning of memory and perspective.

Pavlović has been the recipient of numerous and diverse awards and fellowships including the Art Matters Foundation Grant [2018] Howard Foundation Award [2017], Fulbright Scholar Award in 2018 and most recently the Smithsonian Artists Research Fellowship. Her work is in major private and public collections including the Phillips Collection, the Hirshhorn Museum and Sculpture Garden and the Museum of Contemporary Art, Belgrade. 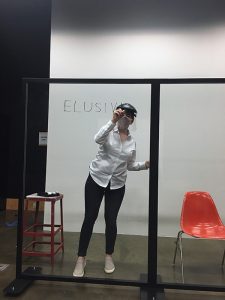 WHAT’S YOUR DAY JOB LIKE RIGHT NOW TEACHING ART TO STUDENTS AT VANDERBILT? HAS IT CHANGED DURING COVID?

Since the start of the Covid-19 crisis, I’ve been offering a new class, Arts 1201 Elusive Image, Between Analog and Digital Photography, preparing myself to teach completely online if needed.

Class sizes and studio labs have been adjusted to accommodate for safety measures. I only have six students, and plenty of space to social distance. It has been a challenge however, and the pace has been slower because of all measures in place. I found that students liked coming to face to face instruction as a way to learn and socialize. Covid-19 has isolated so many. I also thought it was an important moment to continue allowing the creative outlet to students in time of crisis. Art can help us get through.

BESIDES TEACHING YOU HAVE CONSISTENTLY EXHIBITED IN BOTH SOLO AND GROUP SHOWS? HAS THAT BEEN A TRICKY BALANCE WITH YOUR TEACHING OBLIGATIONS?

I work in a very supportive research institution which allowed me time and resources to develop projects which often take years to complete. It worked well for me not to be in the art school proper but rather in a liberal arts environment where my research could benefit from conversations with colleagues from across disciplines, but also to work with students who bring their different perspectives into the classroom.

YOUR ONGOING INTEREST IN OBSOLESCENSE OF HISTORICAL ARCHIVES PARTICULARLY WITH THE TWO ARCHIVES [HILDRETH MEIERE PAPERS and the HAL LINKER FILM AND VIDEO COLLECTION] IS NOTEWORTHY GIVEN HOW FAST THE WORLD IS MOVING TECHNOLOGICALLY. CAN YOU TELL US A BIT ABOUT THIS PROJECT?

Thank you! This is a huge honour for me, to get into the world’s largest repository of archives. Due to Covid-19, my residency has been postponed to May of 2021.

With the work of work of Hildreth Meiere, I am curious to uncover something that has not been seen or known about this prolific woman, architectural muralist. Themes of visual tourism and representation of the exotic other offer a glimpse to an era when Americans were eager to explore the world. Along with this exploration came the advancement of slide and film technology which is well documented in Meière’s work.

Hal and Halla Linker’s culturally inquisitive and spirited travelogues were made for the Three Passports for Adventure television show, syndicated and broadcasted in 45 different television markets in the country and abroad. The archive is an anthropological look to the regions of the world which may seem geo-politically complicated from today’s perspective. 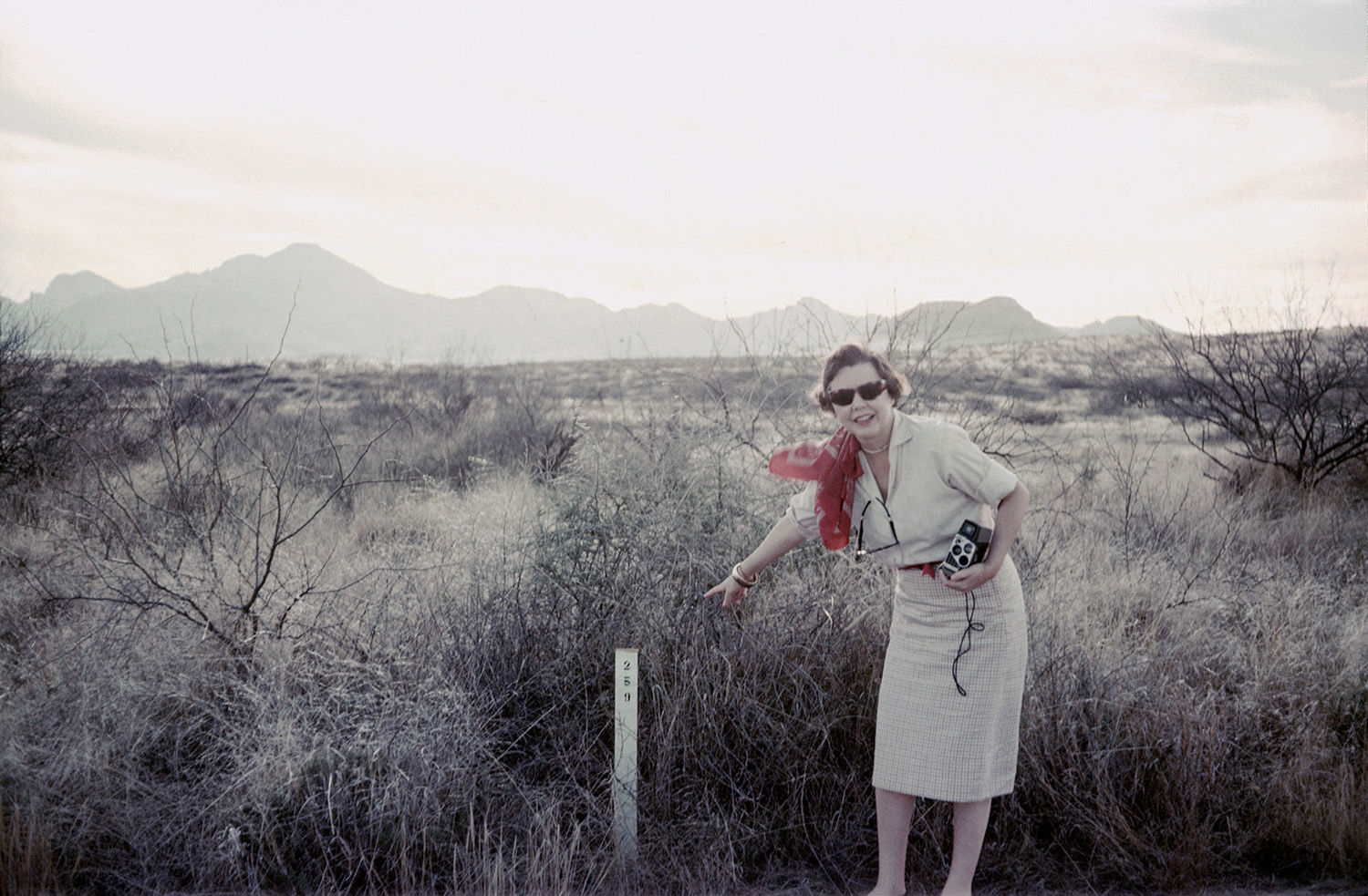 Some time ago, I developed work “Search for Landscapes”, which evolved around another woman’s archives and travel around the world in 1960s, in times of American expansion in the world, and rise of Kodak technology. Some of my interests in obsolete technology, and the relationship of photography to ideology inform both these new research projects. 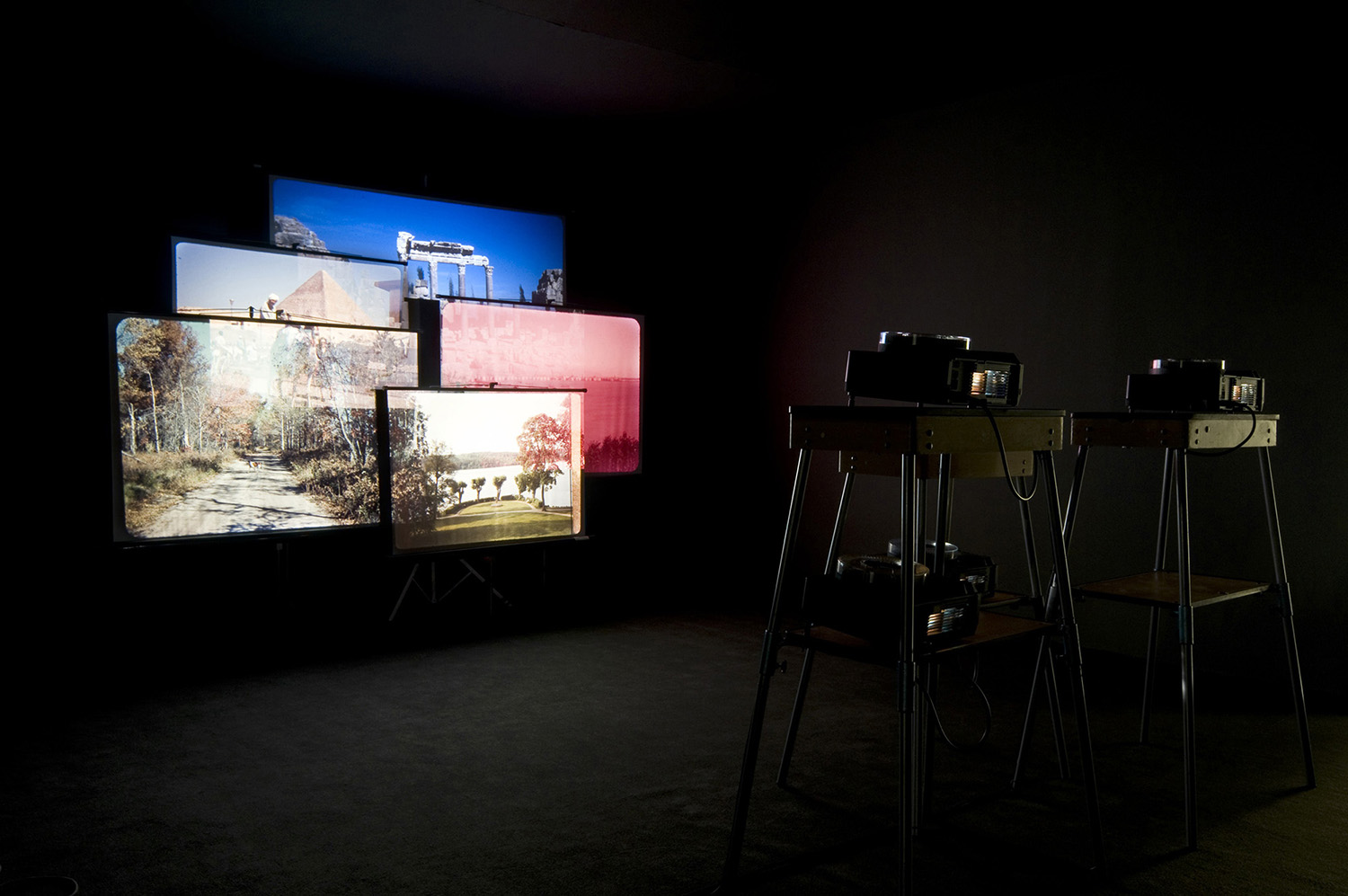 WHAT’S NEXT ON THE HORIZON IN TERMS OF BOTH PERSONAL AND PROFESSIONAL PROJECTS?

Besides the Smithsonian, I am doing research for a new project, related to the history of the South, where I live now.

In the fall 2018 I joined the Roberson Project on Slavery, Race, and Reconciliation group at the University of the South in Sewanee, TN, a six-year initiative investigating the university’s historical entanglements with slavery and slavery’s legacies. I was invited to work with students to translate the archives of the Lovell-Quitman family, who were the benefactors of the university.

Complexity of representation remains a challenge when working with this material. Amplifying the voices of the enslaved, traditionally not visible on photographs, solidifies our responsibility of locating the descendants associated with the Lovell-Quitman family, recording and documenting their oral histories. I am working with a genealogist, while being aware of the complexities and ethics of such an endeavour.

In March 2021, a new publication about my work is coming out by Vanderbilt University Press. Vesna Pavlović: Stagecraft features four extensive bodies of my work, spanning from the early 2000s to today—photographs of the Yugoslav socialist modernist hotel spaces from the internationally recognized series “Hotels”; photographs of the ceremonial space of the Yugoslav Presidential Palace in Belgrade from the series “Collection/Kolekcija” and the recent “Fabrics of Socialism” and “Sites of Memory” series exploring the archives of the Museum of Yugoslav History. 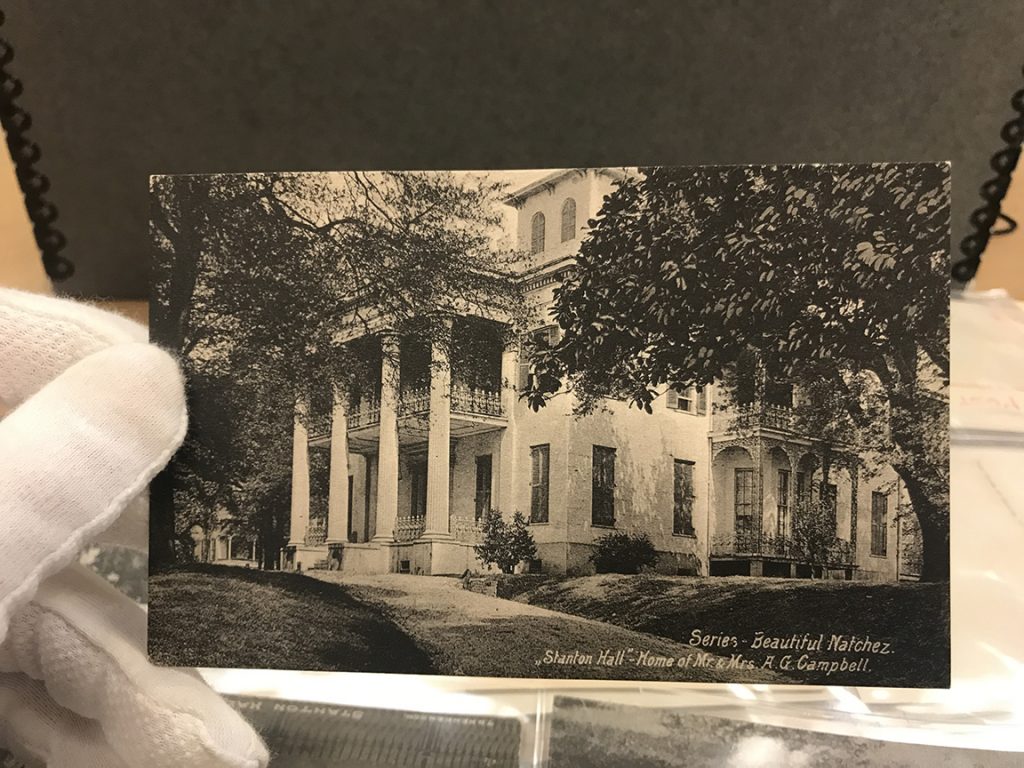 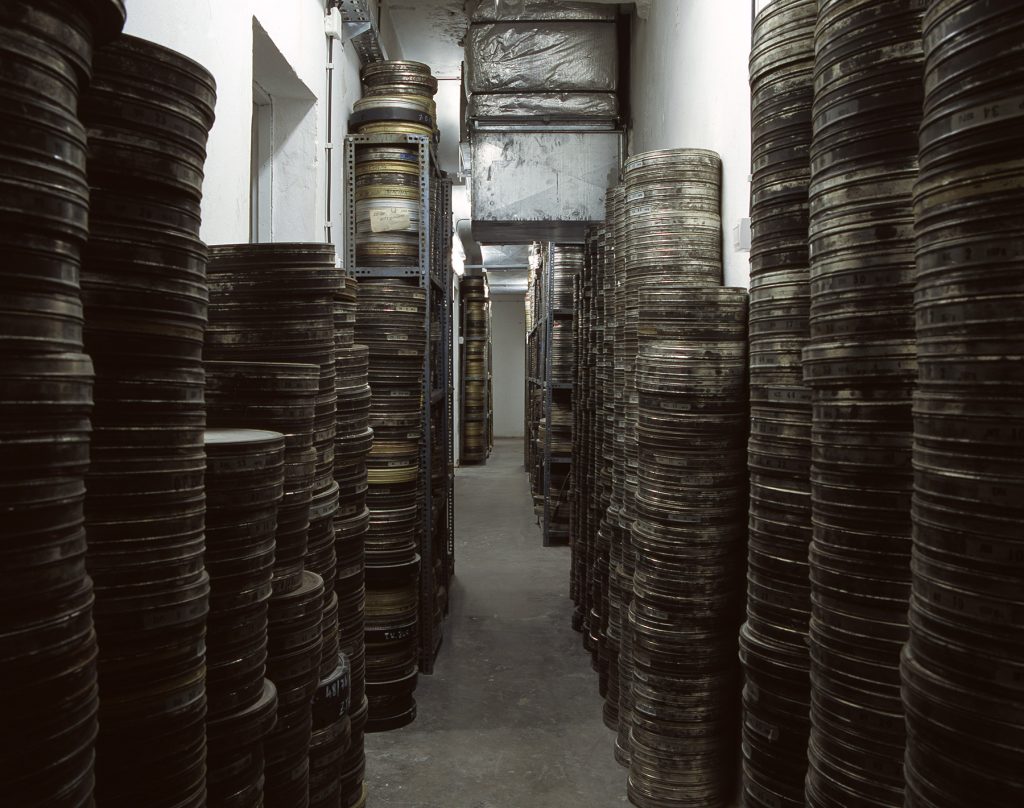 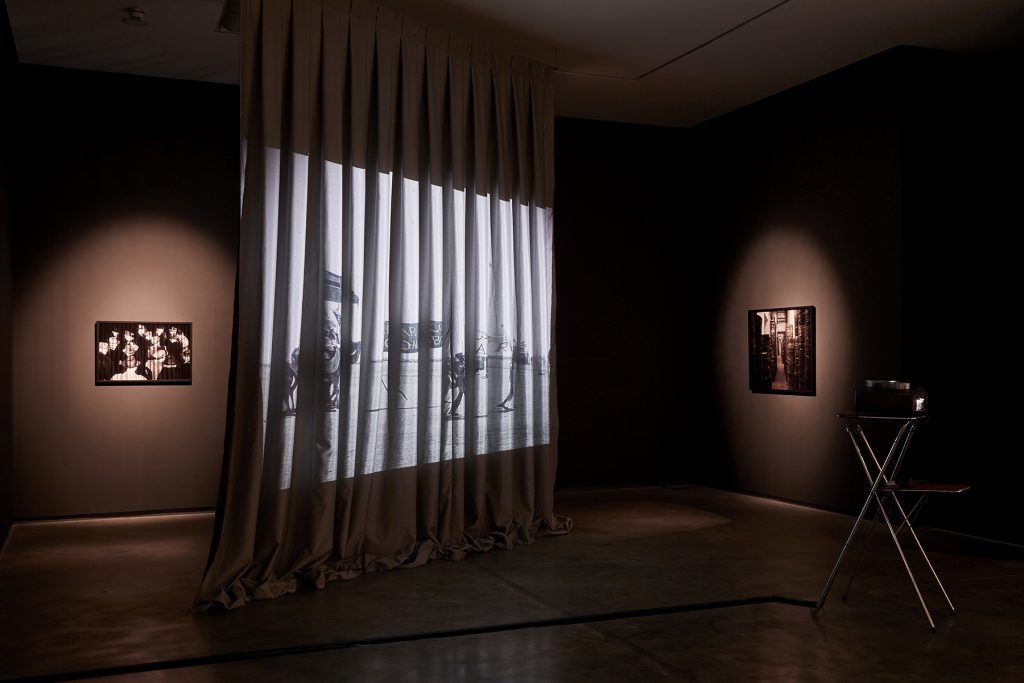 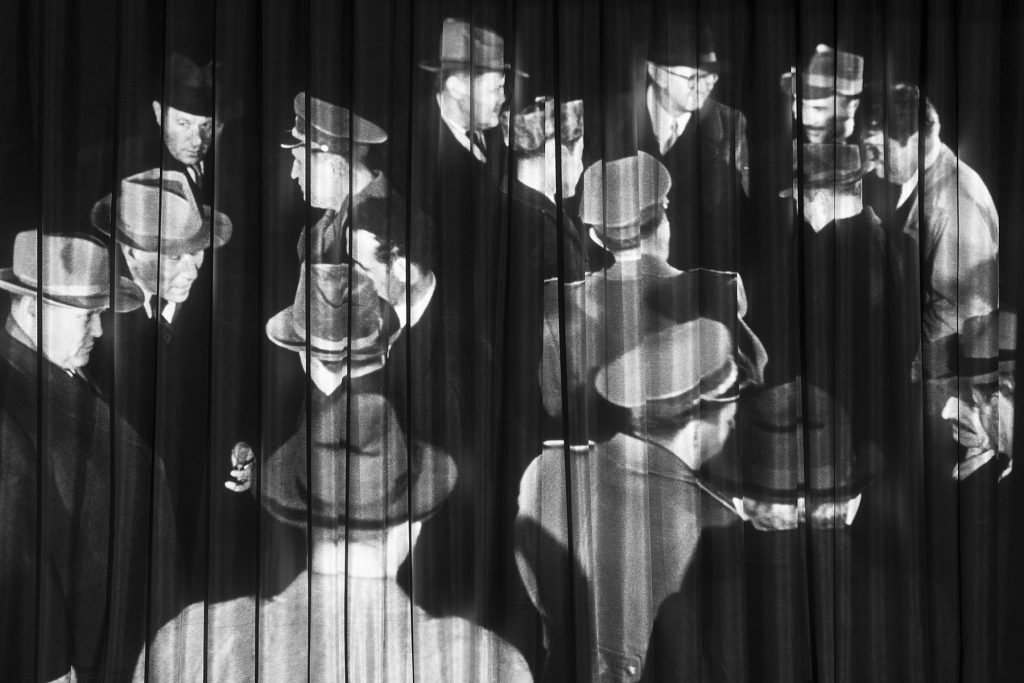 DO YOU HAVE ANY PERSONAL PROJECTS THAT YOU ARE OBSESSED WITH OUTSIDE OF YOUR PRACTICE?

I planted a small orchard during the pandemic in my garden. I put a lot of energy into gardening, and fighting the weeds. Thinking in terms of native plants, where I live in TN, and contributing to overall health of my immediate landscape has been restorative, especially in times of crisis.

I cherish representations of gardens in art. Some of my favourites are the paintings of Farrar Cusomato, a friend artist and an avid gardener. I loved Rosalind Nashashibi’s Vivien’s Garden film from 2017, which had an amazing lush garden as a backdrop for a psychological portrait of a mother and daughter. There is also the idea of garden as a healing power at Derek Jarman’s Prospect Cottage. 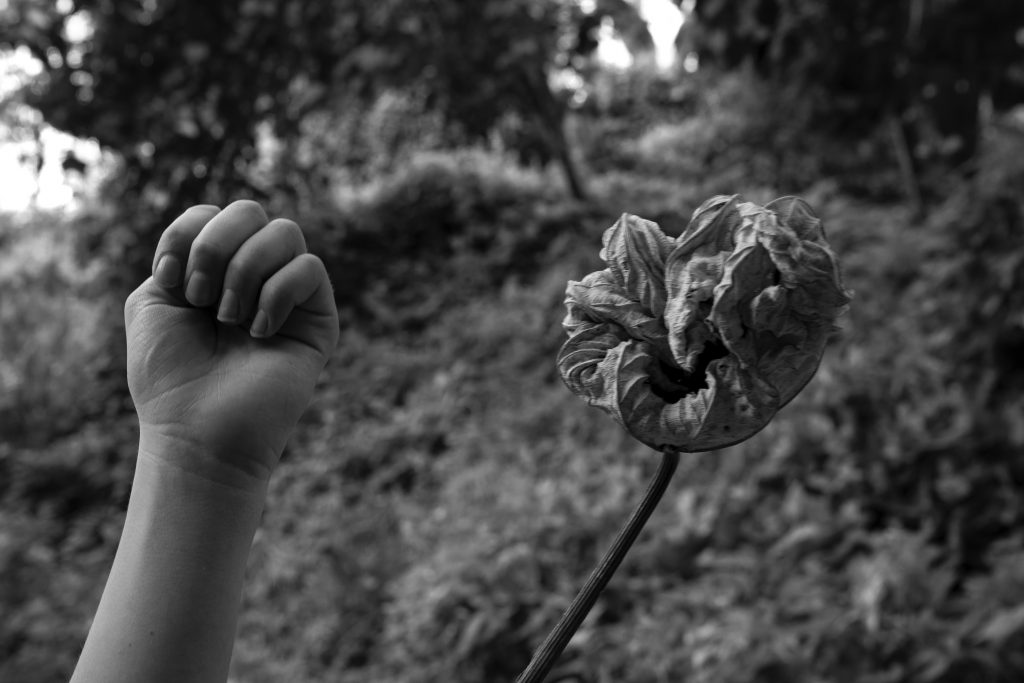 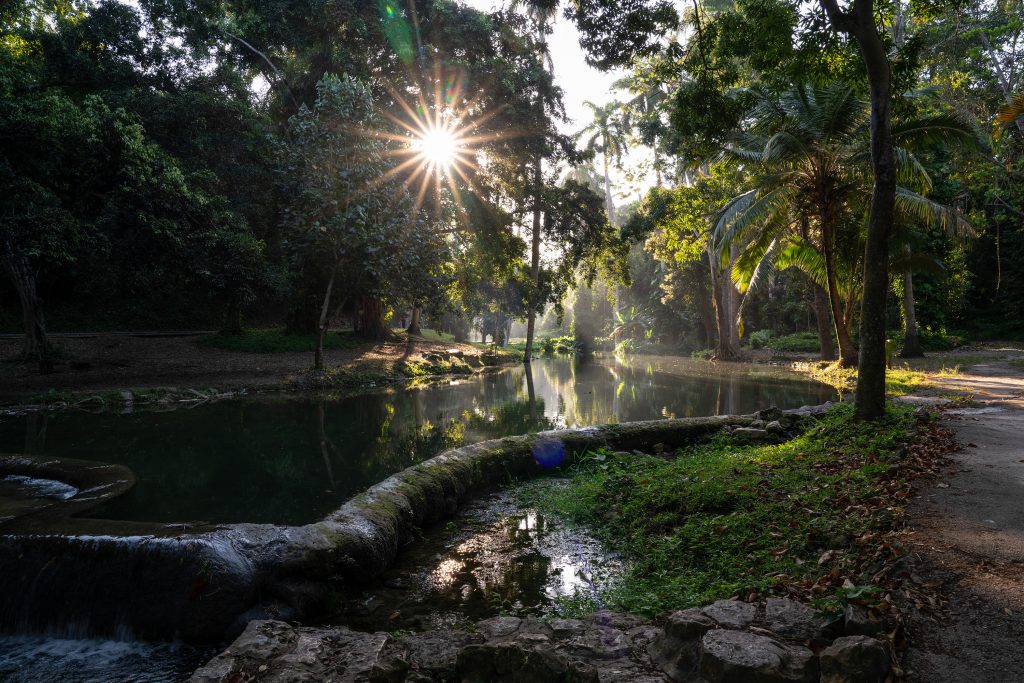 For a few years now I’ve been following the Microscope Gallery in Brooklyn, and Document in Chicago. I love their artists and program, work which, in case of Microscope positions work towards questions of memory and obsolescence, and with Document into novel representation of media.

WHAT GADGET OR TOOL COULDN’T YOU LIVE WITHOUT?

My camera? J I work with Sony Alpha a7 mirrorless, which has been a big pleasure.

In 1997 I saw the largescale billboard photographs of Jeff Wall which changed my perspective of what photographs can do. There was a sense of freedom in his representation, but also in perception of his works. This year I reached out to Jeff Wall Studio, in preparation for my upcoming Stagecraft publication (Vanderbilt University Press 2021) for a reference photo, which I obtained. This ended up being a highlight of my professional career 😉

Early on, Robert Frank was a large influence, his snapshot, documentary, grainy aesthetic, which was piercing me back through the pages of the Americans book. His subtle relationship to politics informed the work I do.

I also always loved the work of Nan Goldin, and her Ballad of Sexual Dependency, especially the installation aspect, with slide projectors and sound. The intimacy of that work was striking to me. 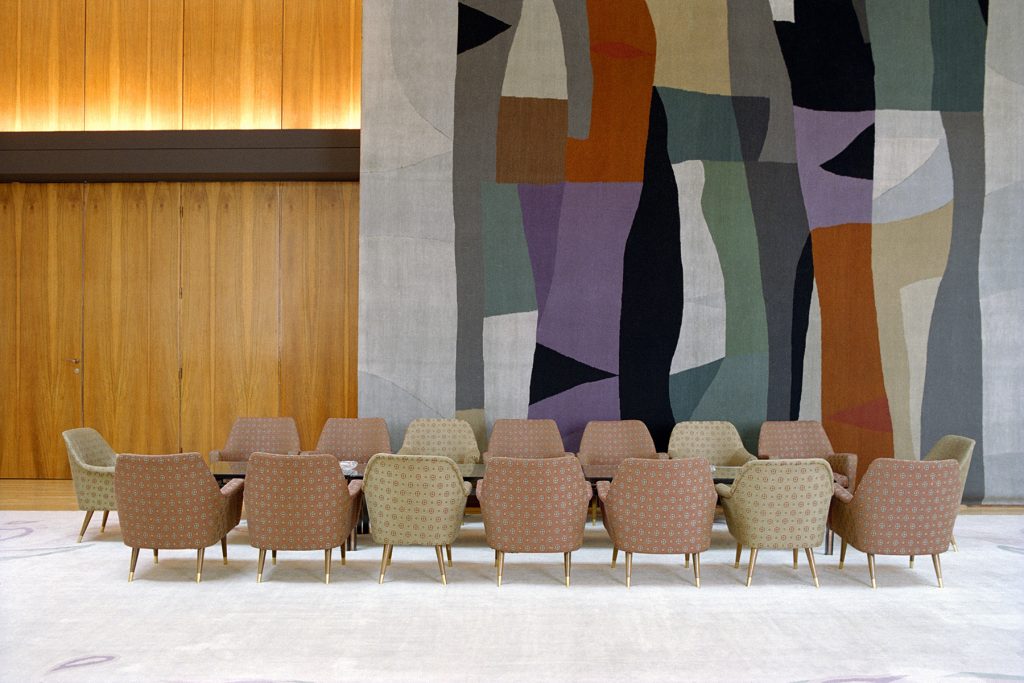 The Salon of the Socialist Republic of Serbia. Inside the Federal Executive Council Building, Belgrade, Serbia, Archival pigment print, From Collection/Kolekcija series, 2003-2005 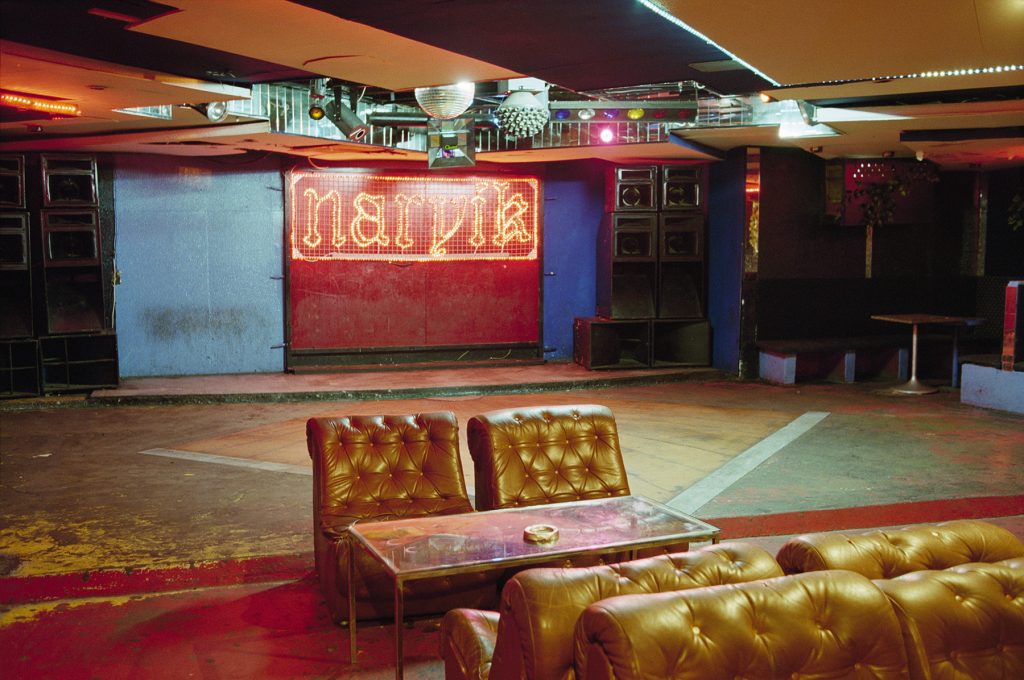 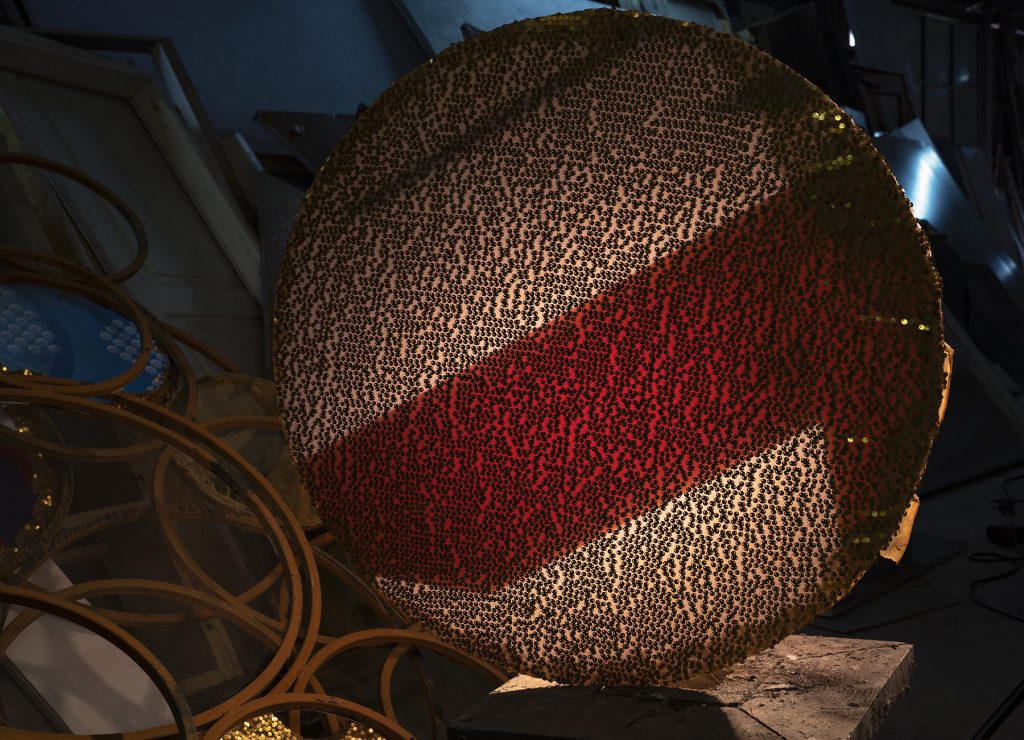 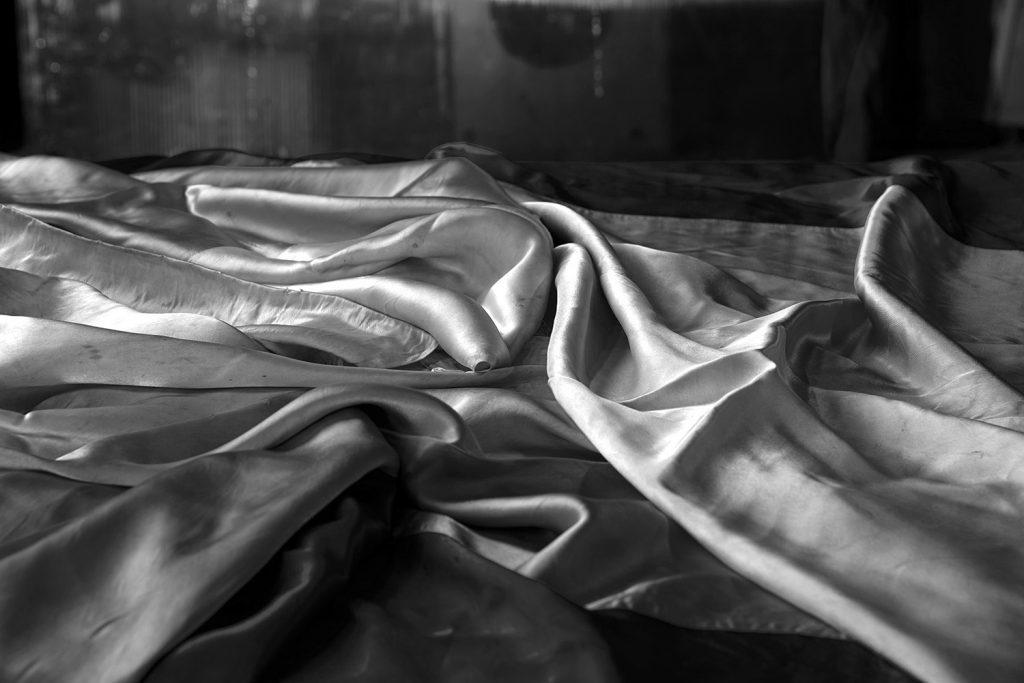