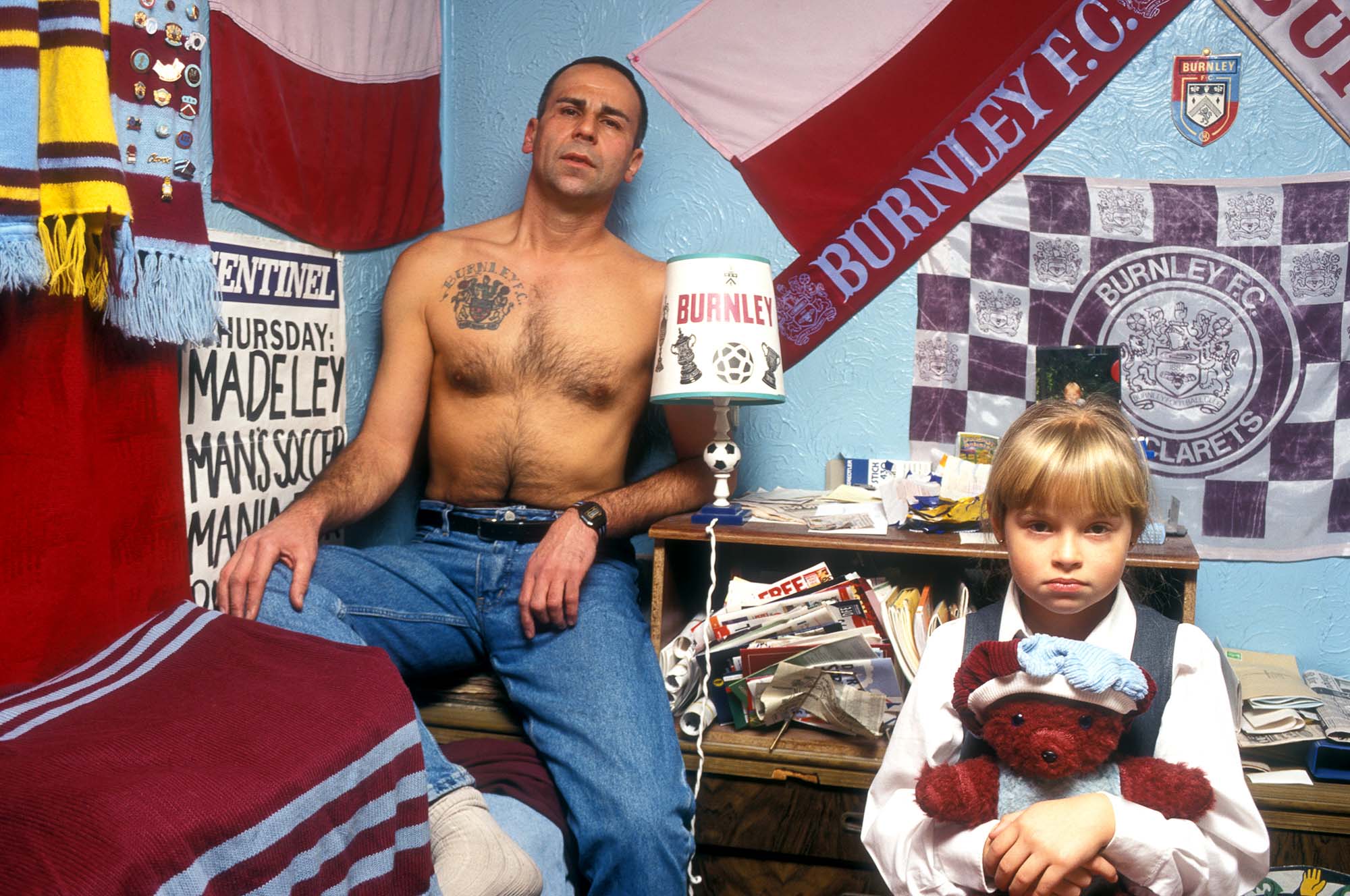 Zak Waters is an award winning photographer. His work is mainly reportage and documentary. He’s combined a career of working with prestigious clients, such as the Guardian, The Independent, and Ikea, with long term personal projects. He’s published numerous books, including Birdmen, about pigeon racers, My Sikh Life and Eating Disorders. Zak’s also published his work in zines that tackle subjects as diverse as the Kosovo Crisis and #FoundShoppingLists.

Zak is course leader of FE Photography and Multimedia at Folkestone College, and his most recent work, Behind Glass, is a series of portraits taken during lockdown, and some of this work is featured in Hold Still, at the National Portrait Gallery.

He’s currently running a Kickstarter campaign to print a new book, Life’s a Ball, a look at the football culture of the 1990’s, to be published by Fistful of Books. You can support the Kickstarter here.

How would you describe your work, are you a documentary photographer or a photojournalist?

My commercial work means that I’m in different situations all the time, whether that’s working for a newspaper or magazine like the Guardian or in a corporate job. And the people I work with are in a variety of circumstances: it could be a portrait of a footballer to going into a housing estate in Deptford, or going to shoot a CEO and then heading to the factory floor.

I’ve always needed to be able to capture and understand the situation that I find myself in and to create a narrative and pictures to reflect that. So I’ve always called myself an editorial photographer, even though I shot a lot of corporate and I did a lot of documentary work.

How do you balance your commercial work with the long term photo projects that you work on?

While I was shooting these projects in the 90’s, I was working non-stop shooting for magazines or corporate clients but I’d always be researching behind the scenes. What I’d do is to grab commissions and jobs all round the country and then link it with one of my projects. So if I had a job in Liverpool, I’d be thinking, right let me find some Birdmen, or let me find some football fans.

And that’s how I do it. My day to day work didn’t necessarily finance me to shoot personal projects but it did give me the accessibility to be able to travel the country, and cover my costs and put in the time.

I just balanced that for a long time. 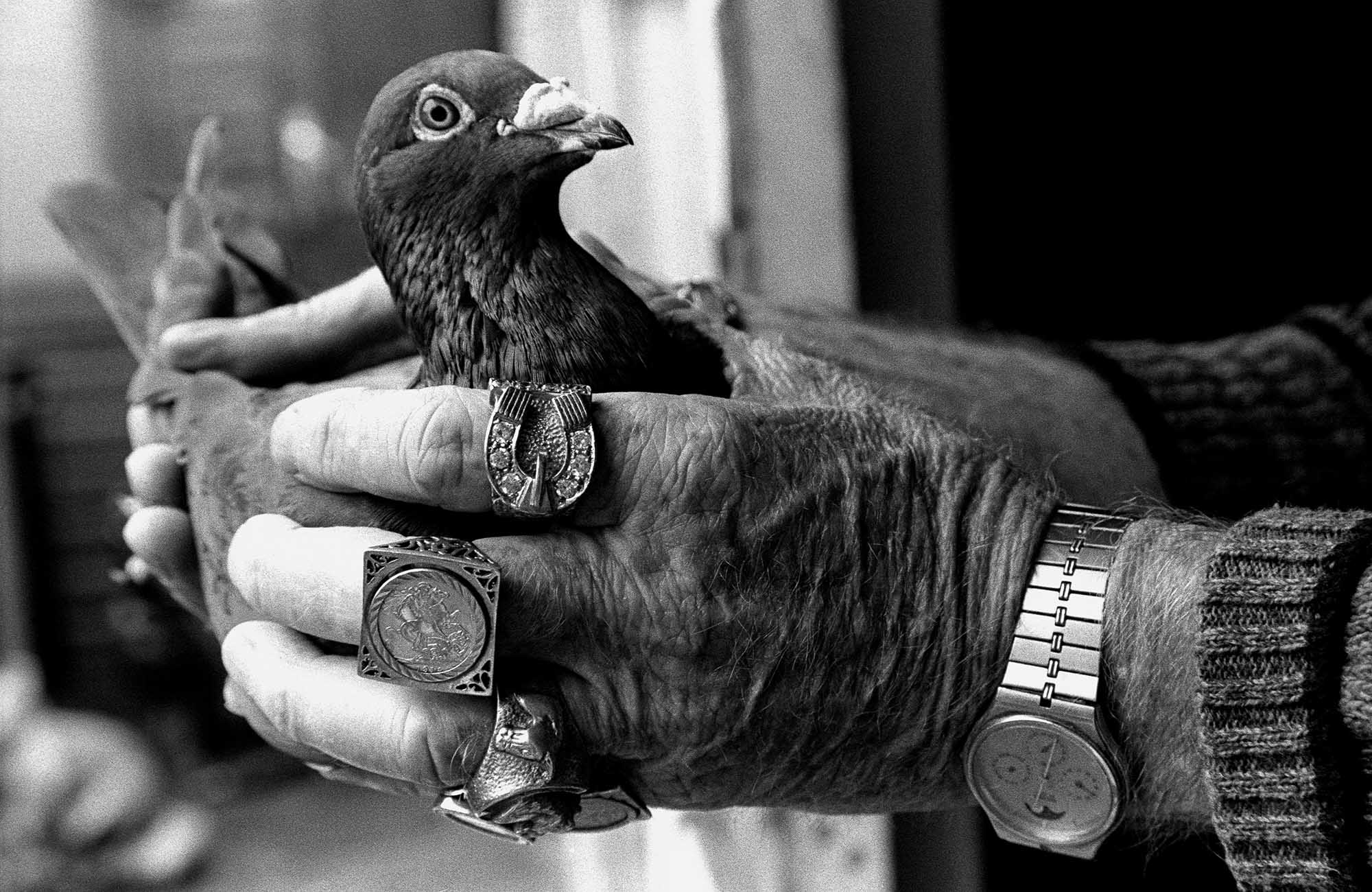 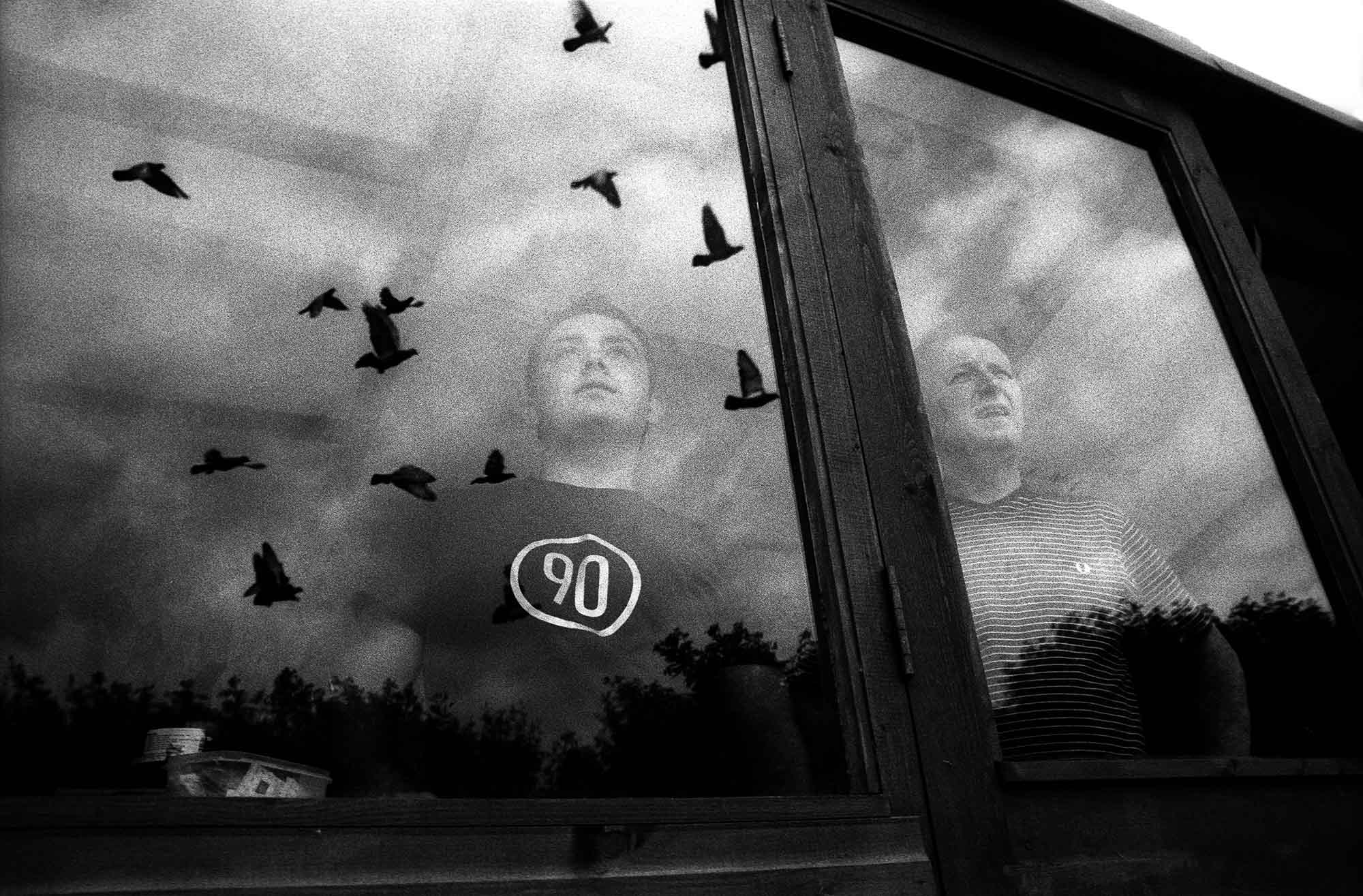 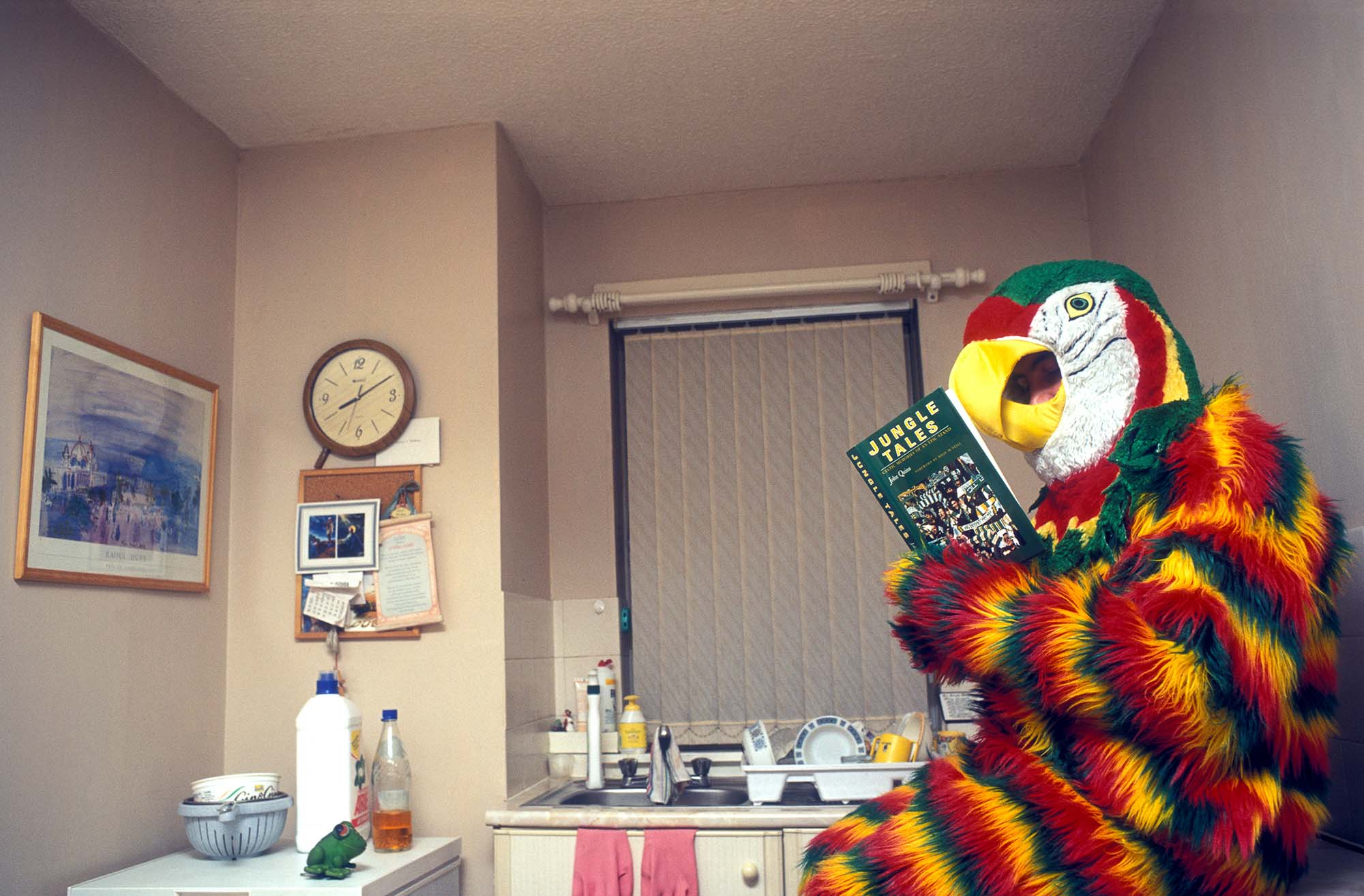 Zak’s is about to publish Life’s a Ball, “a photobook that takes a nostalgic and affectionate look at diehard football fans in the 90’s. Zak describes it as a “book of two halves”. The first half is a series of photographs and interviews with 25 super fans who are dedicated to their clubs. The second half is all about Groundhoppers a group of men who spend their weekends visiting all the grounds of the Northern League. Described as the “trainspotters of British Football” they were mad fans of the grounds the game is played on, with their own rituals like touching the all the corner posts, or logging every pass in the game.

When you start out on a project do you know where you’re going with it? For example, with Life’s a Ball, did you have in mind what it would be like at the end?

I think with projects, you’ve got to have an end an in mind, I think if you envisage the end and work backwards from there, you’re developing the end product. For example, I thought from the start that Birdmen could be a book but strangely I didn’t think Life’s a Ball would be a book because of the way it evolved.

At the time I was shooting for Total Football Magazine and I had this idea about mad football supporters and I thought it’d be a good article for the magazine. I found some really fanatical supporters and I went out on my own and shot about 6 or 7 of them, all round the country. Then I just said to the magazine I’ve got a little story if you’re interested, and they said, ok send it over. They loved it and said they it’s going straight in the magazine. The day they ran it, I got a call from them saying, have you got any more because our advertising revenue has trebled just because of that one photo story.

Then literally within a week I was contacted by an agency who were really interested in the project, and they set me up with a meeting at a big publisher who gave me a contract, a £5000 book deal and an office I could use. But then that deal collapsed because they hit a massive financial hurdle and eventually I put the project away in a folder and forgot about it.

Film Photography from the 90’s

How did Life’s a Ball happen this time?

After Covid I wanted something to do but I didn’t really want to go out and shoot new pictures because I’d just shot a big Covid portrait project – one of them got selected for Hold Still at the National Portrait Gallery – but I was itching to do something.

I just started thinking about the Euros and realised that this is the perfect time to get my scanner out and to go through my archive of negatives and digitise the football fanatics. Then I remembered the pictures I’d shot of the Ground Hoppers – these guys who spent their weekends traveling around the northwest of England visiting as many football grounds as they could.

The project evolved into a book of two halves: the football fanatics who are supporters dedicated to their allegiance to a club; and the ground hoppers who are dedicated to football games and grounds. 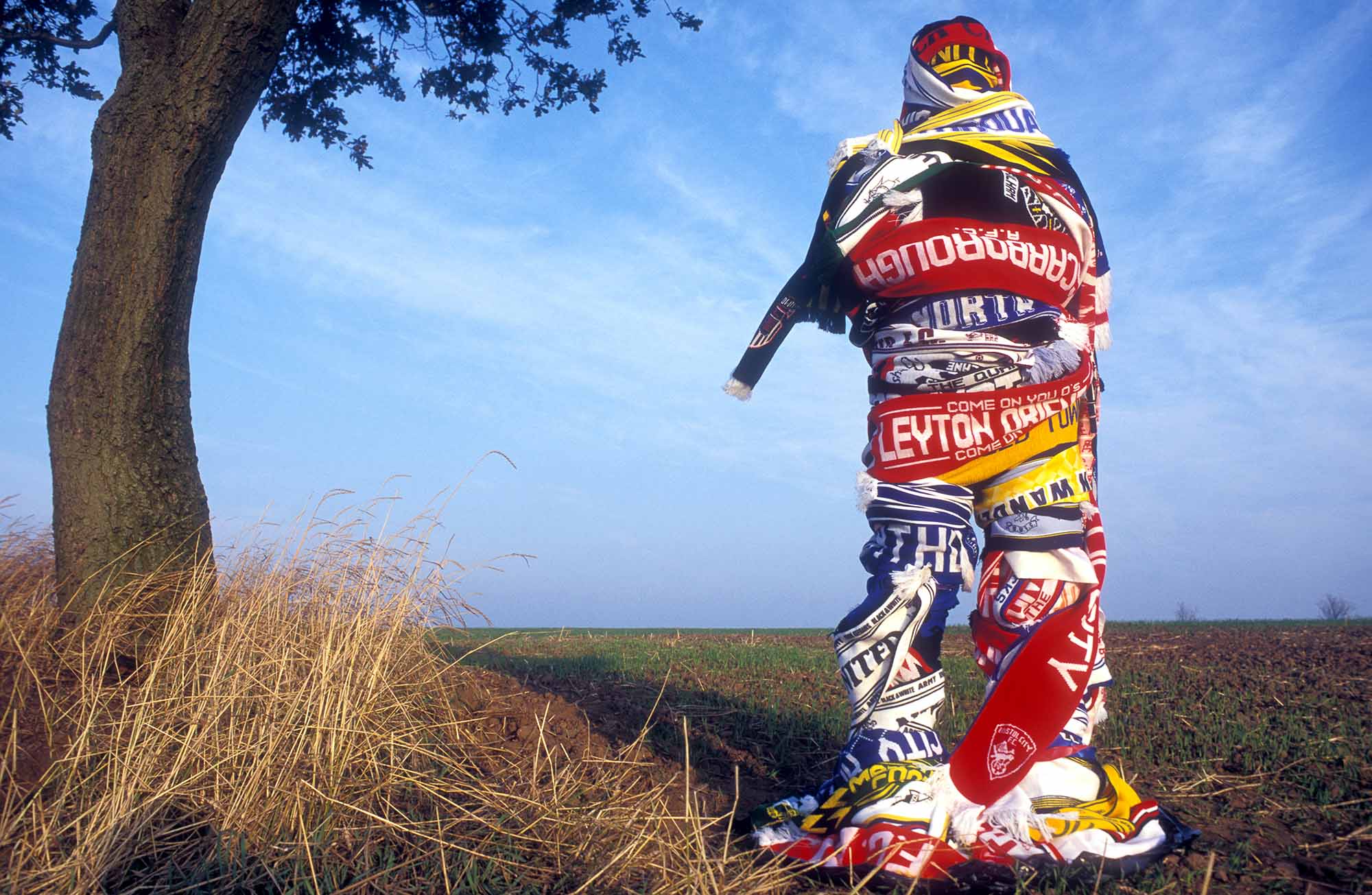 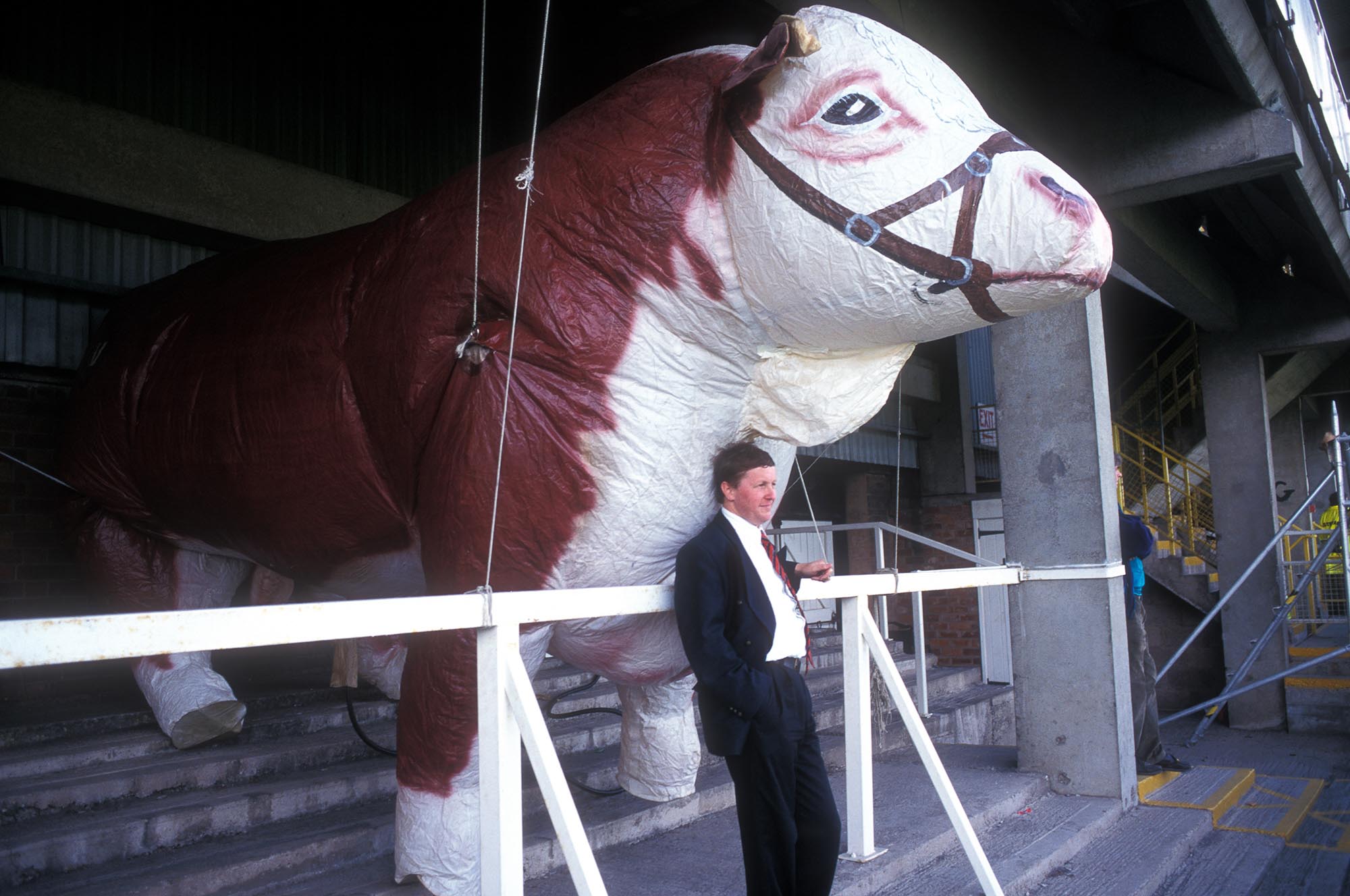 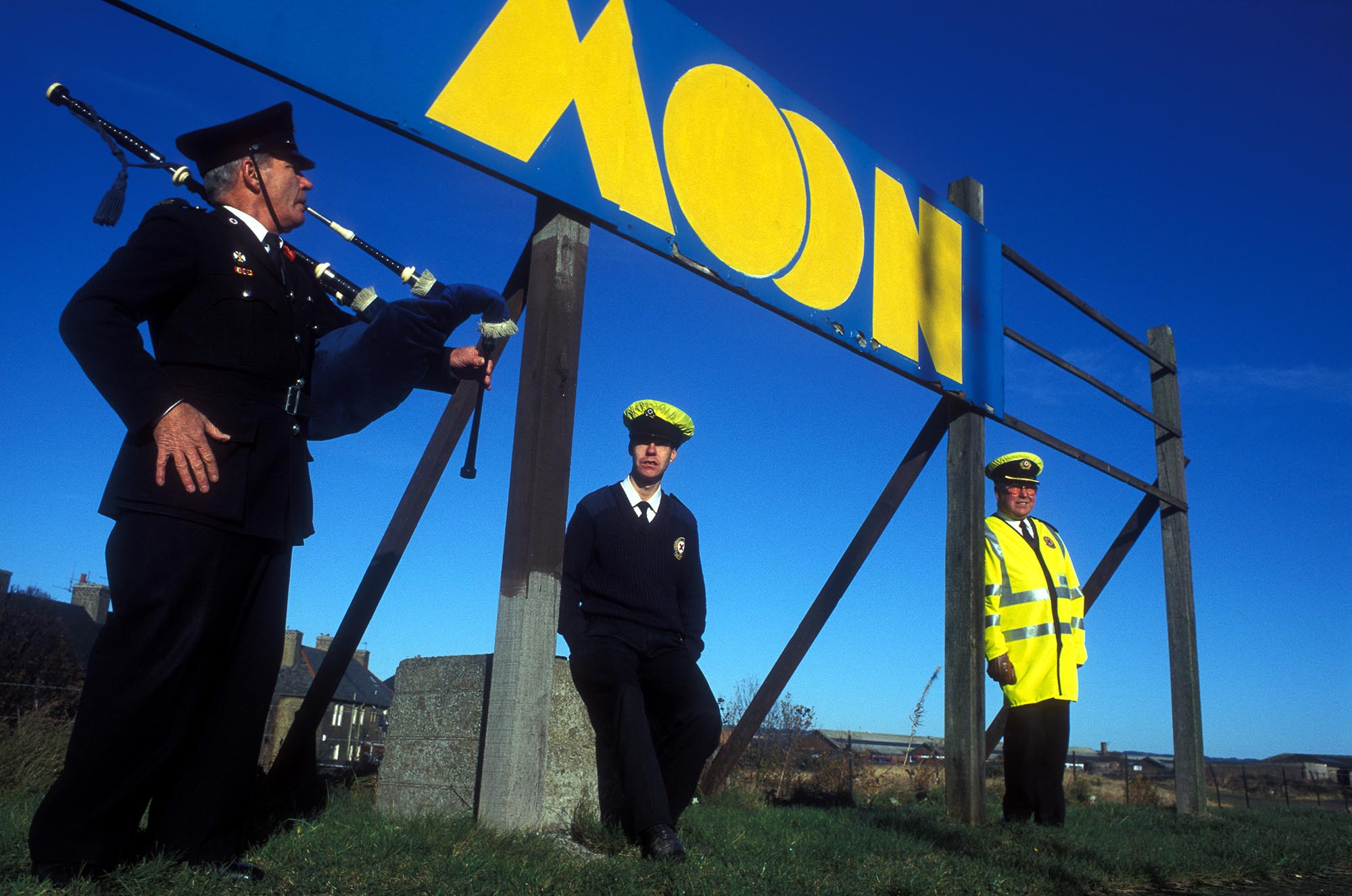 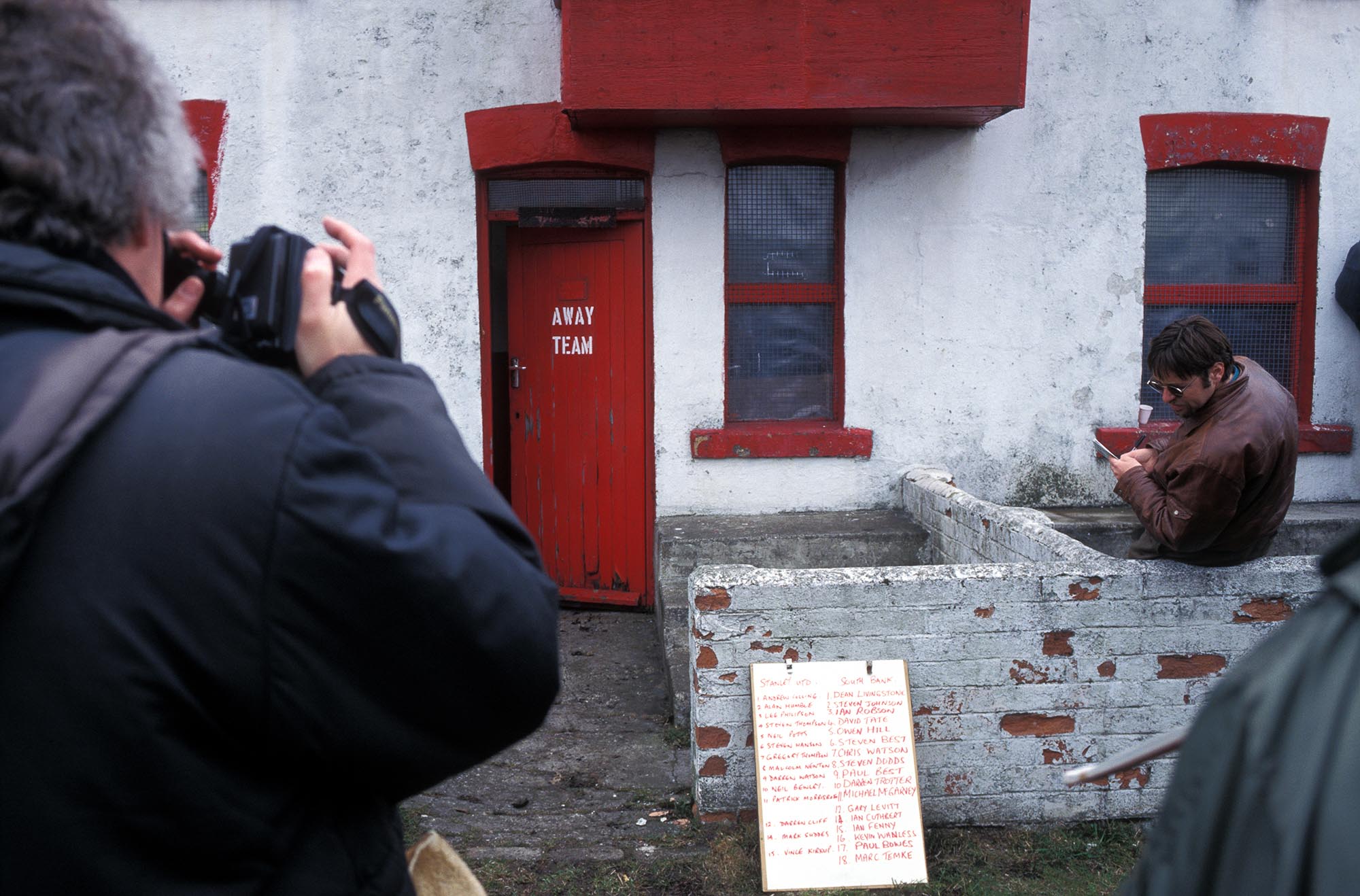 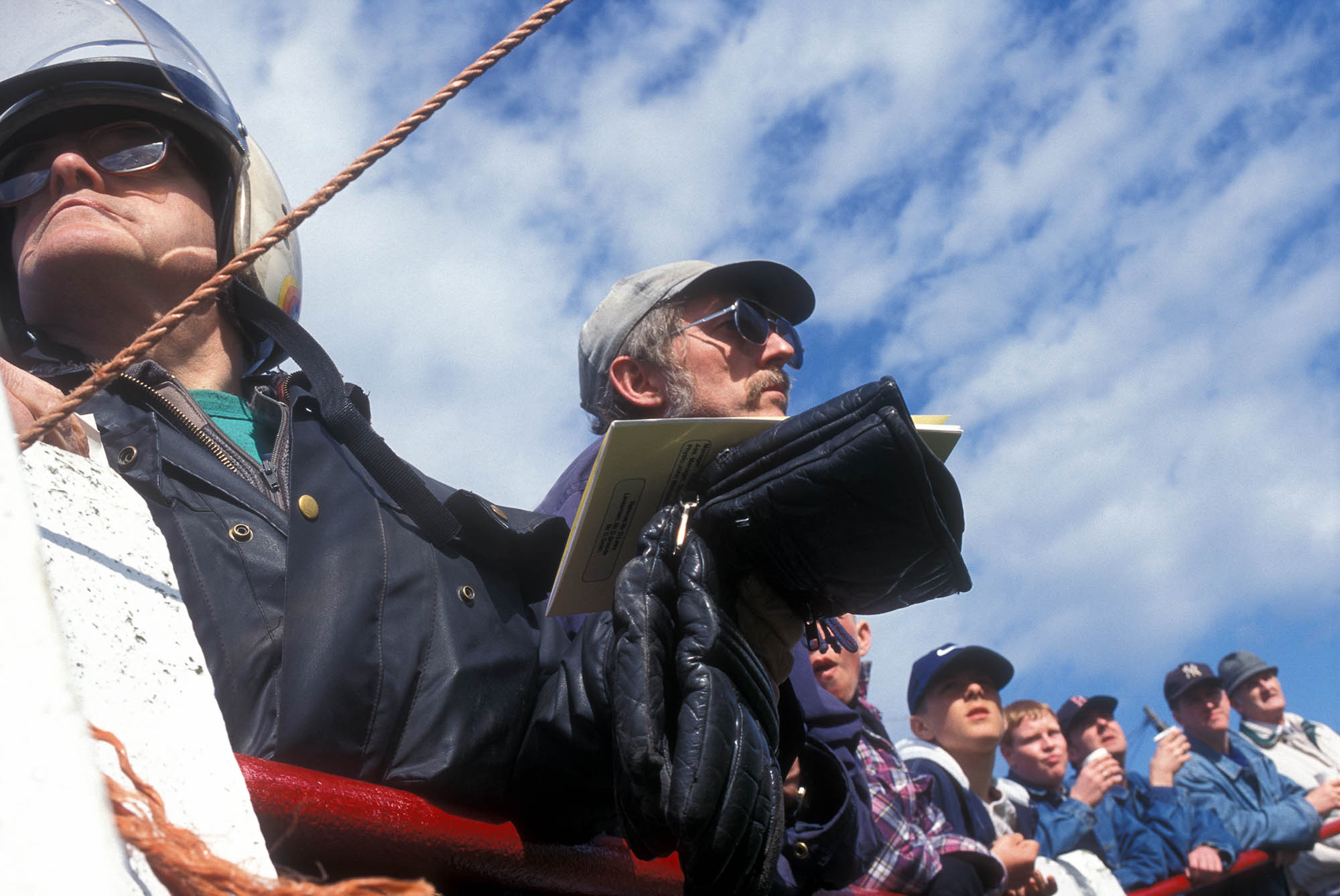 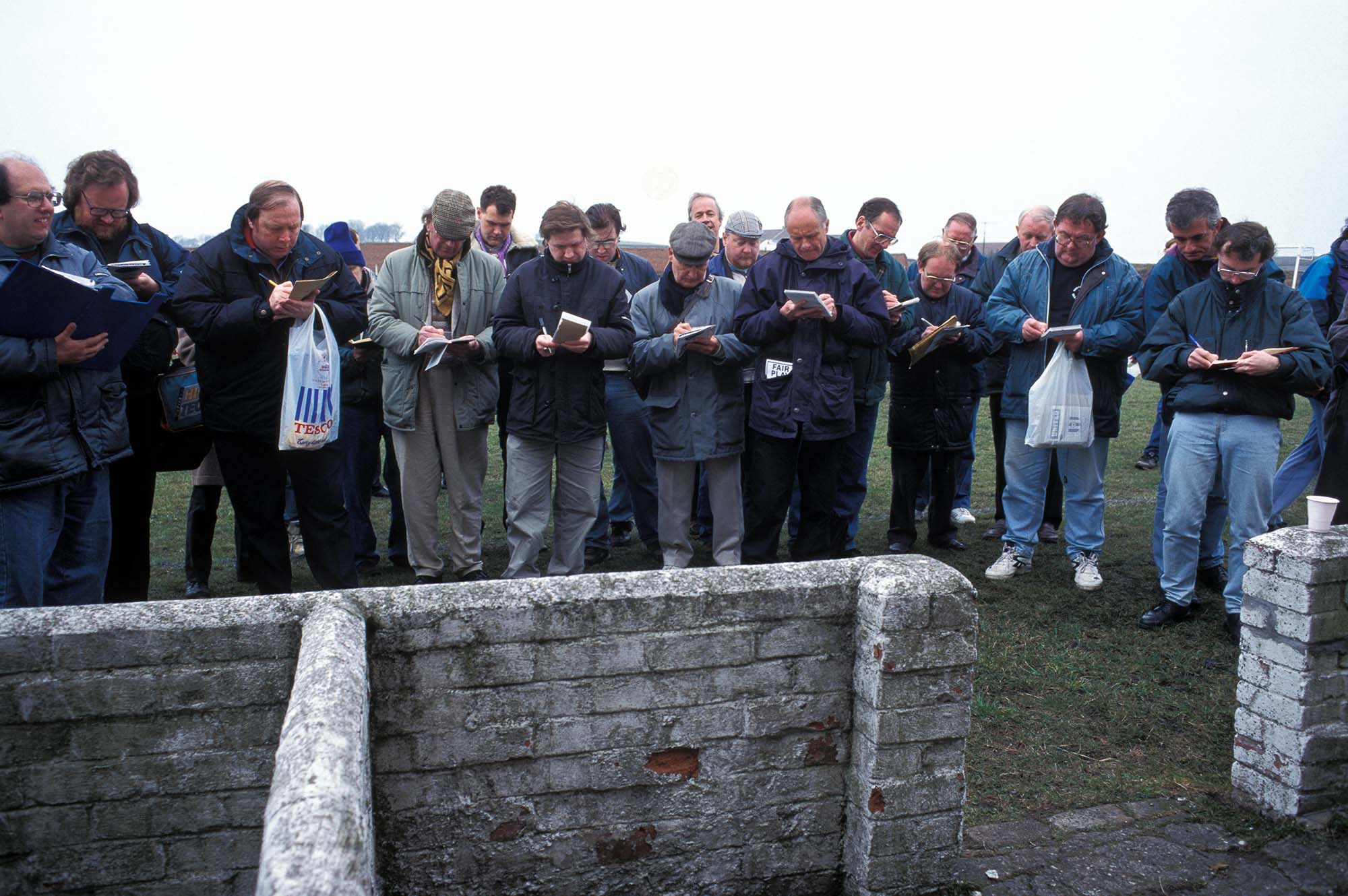 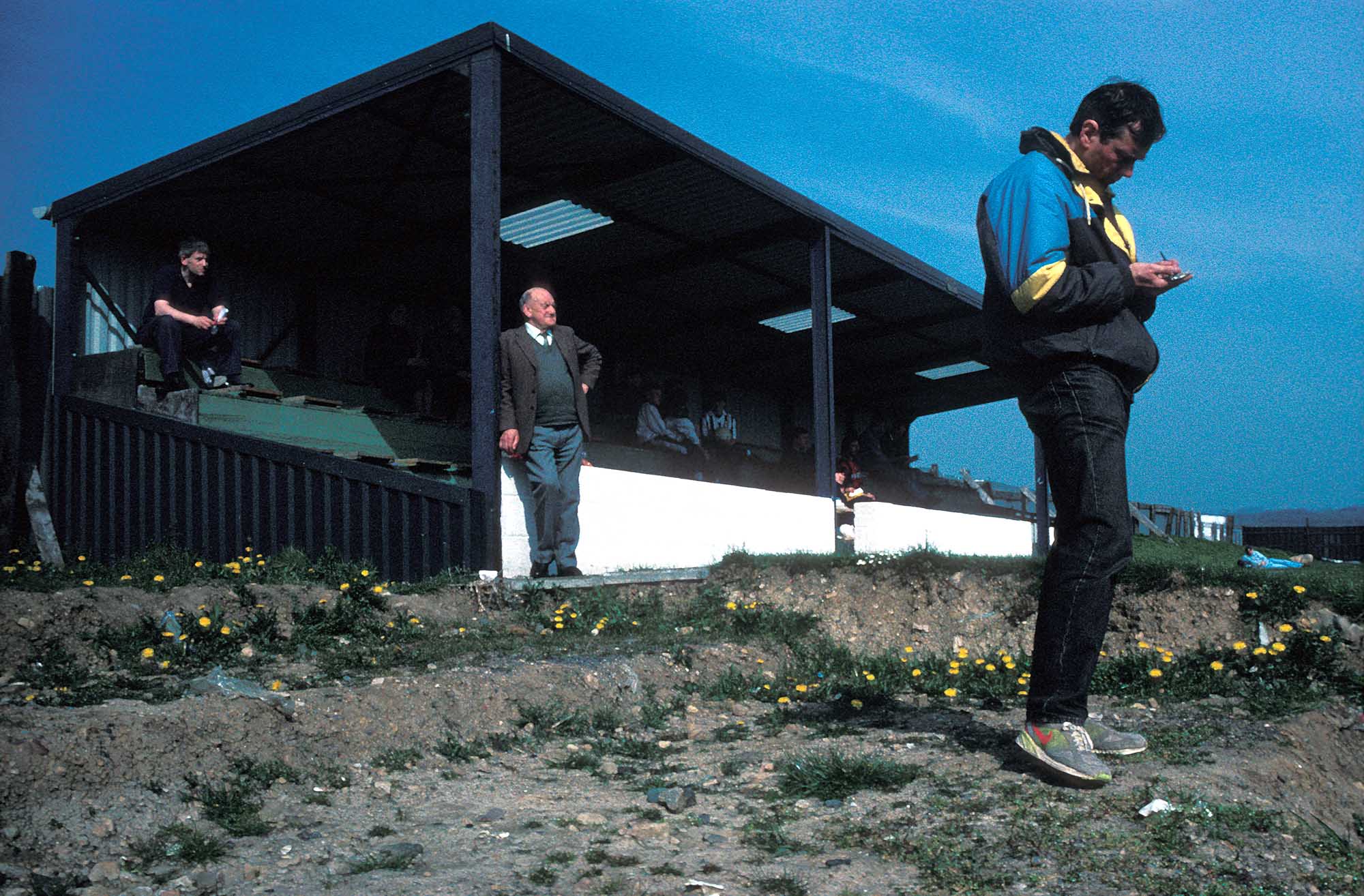 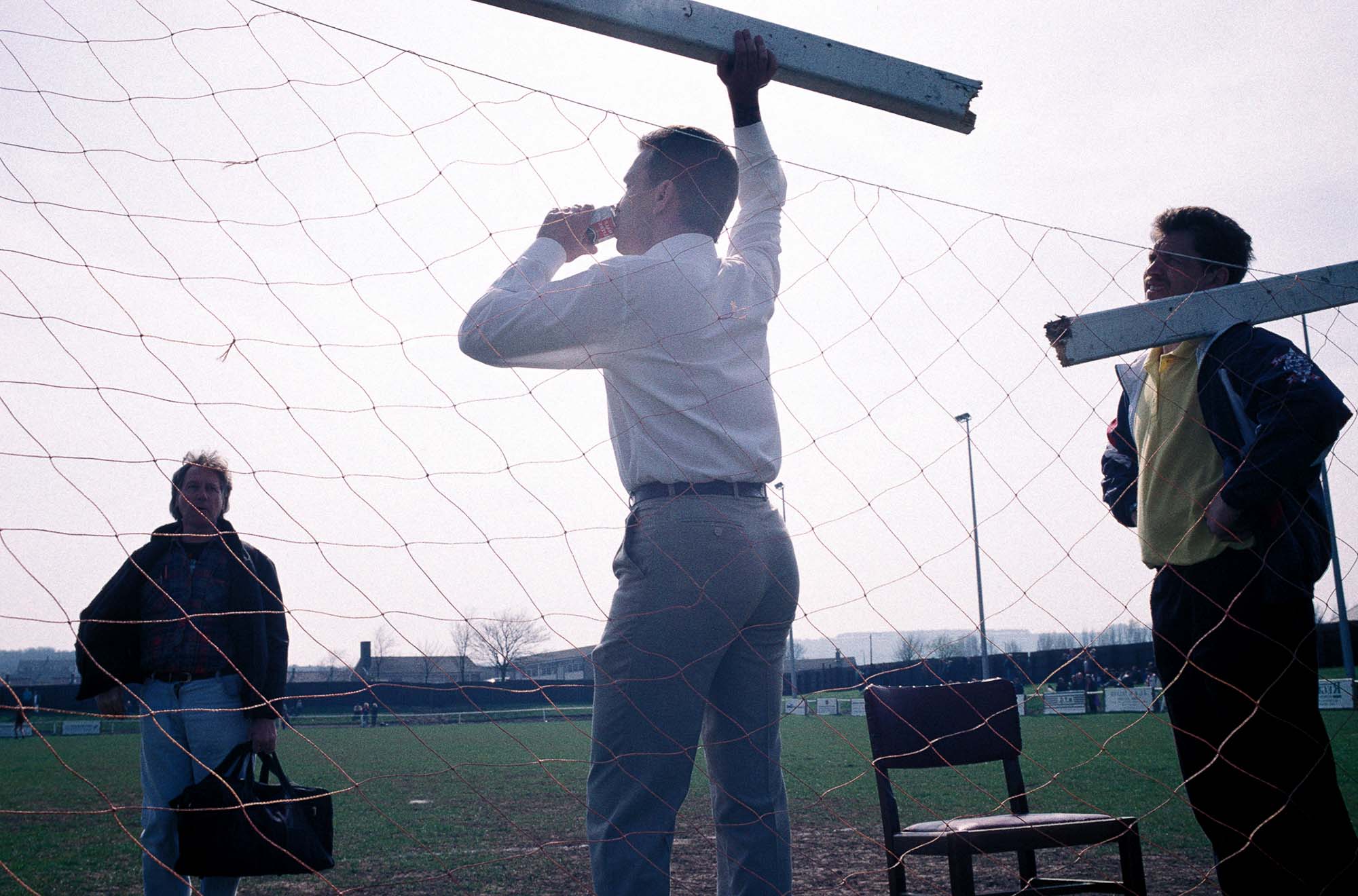 How important have personal projects been to your career?

I think the true answer to that is probably no.

I don’t think it’s made people aware of me to the point where they’re saying, he’s great, let’s get Zak Waters to shoot for us. But what I think it has done is to make me a better photographer, it’s been an educational process. And having a personal creative outlet has taught me how to take better photographs.

Do you do a lot of research before you start a project?

I think prep is the key to everything. When we’re looking back at these projects like Life’s a Ball or Birdmen they were shot really before the internet and before most people had a mobile phone.

I was reading as much as I could, buying magazines and fan zines, and I was looking for leads all the time. I even went on loads of local radio shows and did interviews for local newspapers. For Birdmen I subscribed to Homing World Magazine – it was £100 or something but it was worth it because I got to the point where I got a feel of that world and I could just walk in to it. Literally in some cases, when I was doing Birdmen I was in Newcastle and I just spotted these birds behind a barbwire fence, and I climbed over the fence and wandered about and got talking to the guys.

I spent loads of time getting to know people and helping them to trust me: sometimes I’d drive to Liverpool or wherever just to have a cup of tea and meet someone. Then I’d go back and photograph them when they’d got an idea of what I was trying to do. 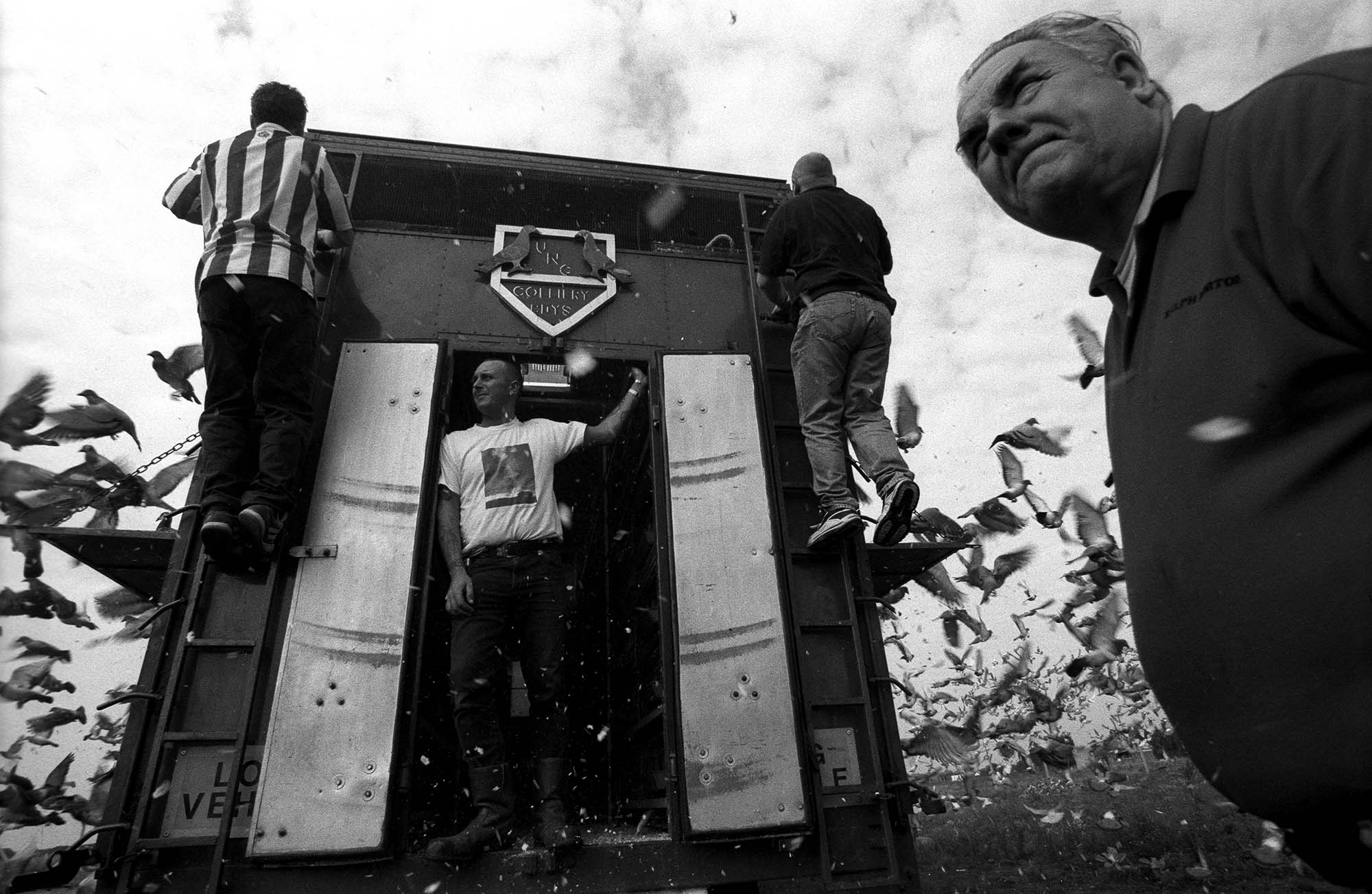 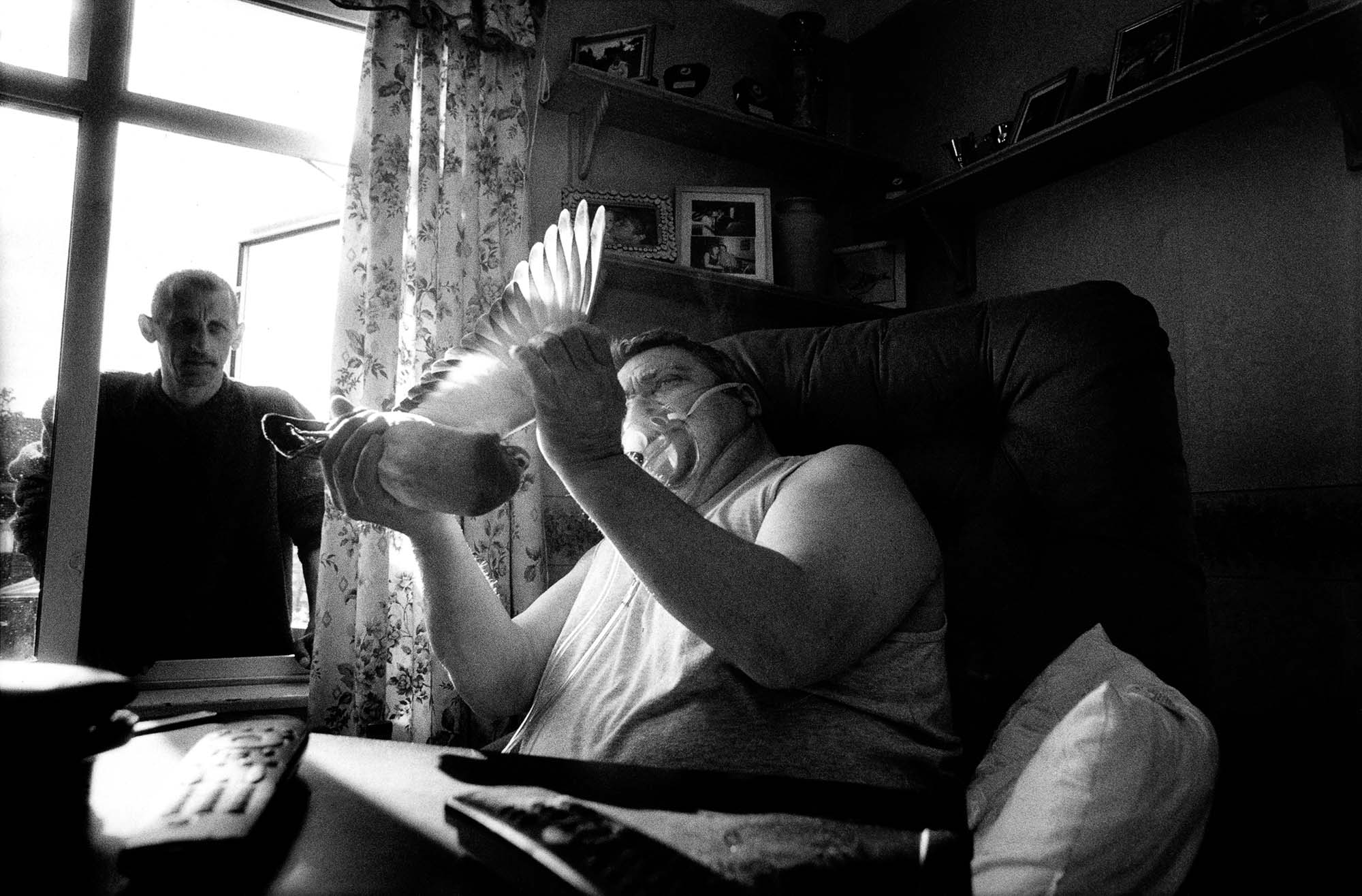